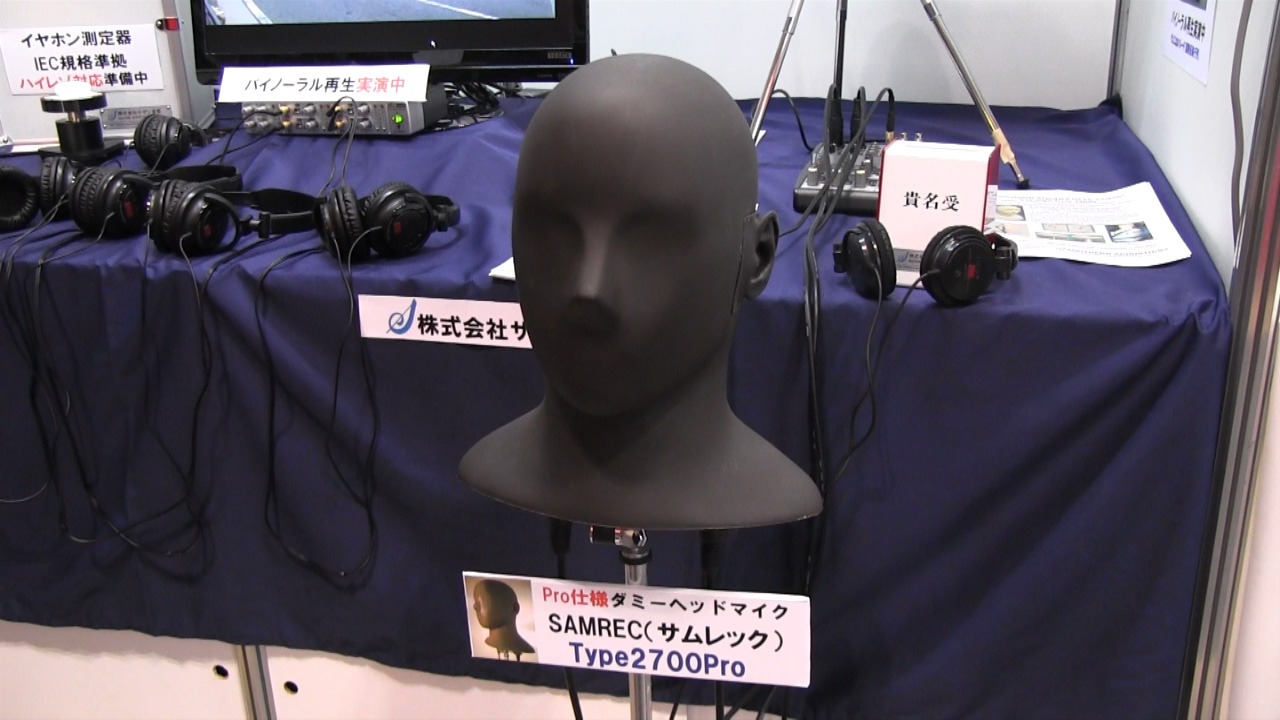 Southern Acoustics is Japan’s only dummy head manufacturer. They make dummy heads for use by manufacturers of earphones and headphones. At the company’s Inter BEE 2014 booth (no. 2107), they will be displaying a product lineup that includes a dummy head microphone for measurement.
The star of the show will be the SAMREC Type2500SII dummy head recording mic with plug-in power. The SAMREC 2700Pro series operates in the studio with a Canon output connector using phantom power. It is currently used in a number of studios and universities.