Inter BEE 2013 TV: Light Up exhibits Redrock Micro’s wireless focus system and One Man Crew, a camera motion device that enables you to take videos that give the impression of a moving background by keeping the subject stationary and in focus 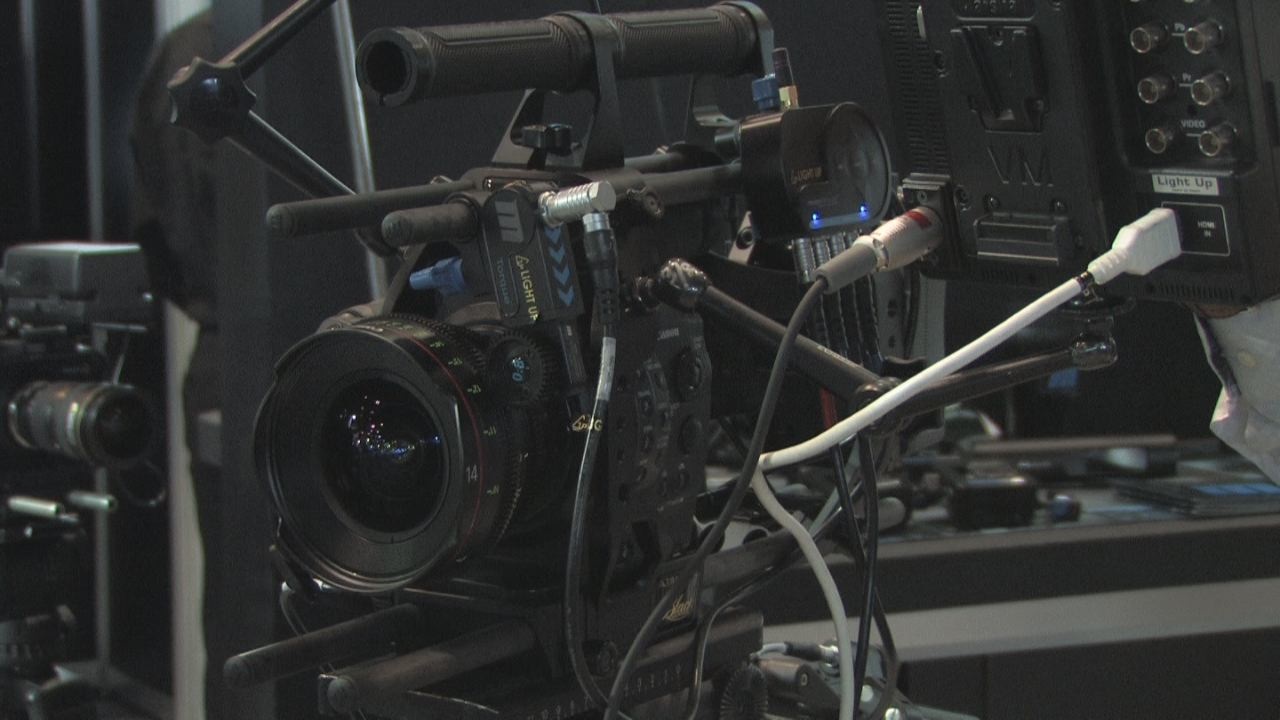 Light Up (booth 5614-2) showcased the microRemote Bundle wireless focus system manufactured by Redrock Micro. The system is compatible with EF and PL lenses. Its Redrock torque motor performs calibration for remote control focus. It supports both wireless and wired operations. With a wired system, focus can be adjusted by rotating the pan rod.

■Distance to the subject is digitally displayed in real time
The microTape Sonar Rangefinder is a sonar distance measuring device that displays the distance of the subject from the camera as a numerical value on a digital display. Plans are also underway for an autofocus product that uses the Rangefinder in conjunction with a focusing device.

■Hold focus while the camera is in motion with infrared measuring
Unlike a dolly or a rail, the new One Man Crew enables the subject to stay stationary and in focus as the camera moves in an arch-like trajectory, known as parabolic motion, to give the impression of a moving background. Infrared rays calculate cross-points with the film subject, allowing the camera to be moved without losing focus. The One Man Crew also supports low speed filming methods like speed control and time lapse.