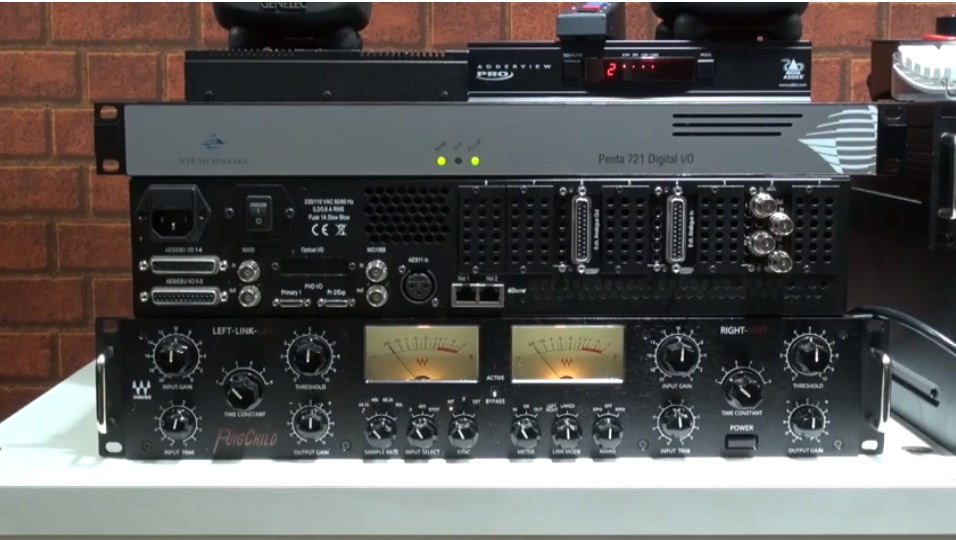 TAC SYSTEM set up booths in the Pro Audio and Video/Broadcasting Equipment categories. In the Pro Audio category, they introduced the 'Penta 721' and 'Penta 720' by NPT Technology, newly released audio interfaces that can freely route AES, MADI, Dante, and Pro Tools HD input/outputs to a network-connected PC. They are equipped with AES-16ch, MADI-64ch, Pro Tools|HDX interface-64ch, and Dante-64ch input/output. The 720 also comes with options for mic preamp, AD/DA, and HD-SDI boards. The signals from these various interfaces can be routed in any combination.
DirectOut Technologies products for the MADI network, and the MultiRack SoundGrid for the Waves audio network were also showcased. Several MADI-related products by German firm, DirectOut Technologies, were on display, including a MADI interface equipped with a 32ch mic preamp, a unit with 64ch AES/EPU I/O, and a MADI to DA/AD unit. These MADI channels can all be combined using a matrix, and their gain can be controlled from a PC.
A number of Pro Tools plugins were also demonstrated in the Pro Audio demonstration corner, including the newly released 'RX3' by iZotope.