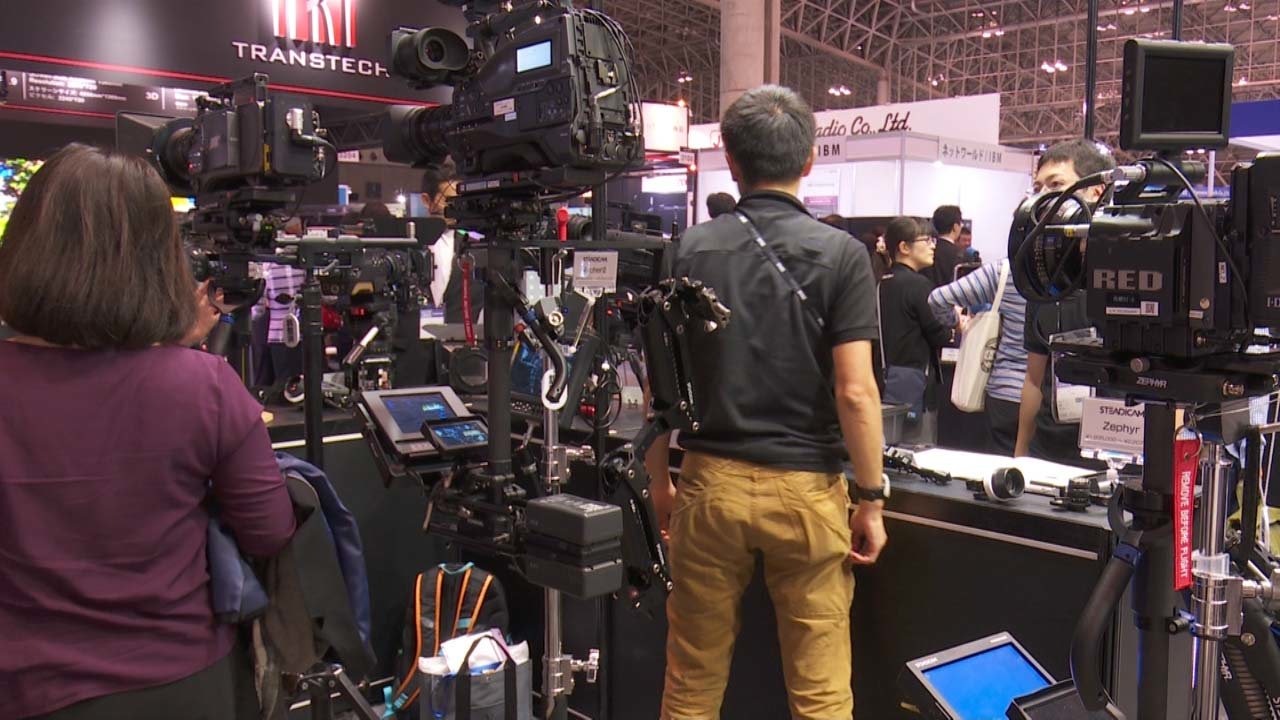 Gin-ichi's booth (video and broadcast equipment, #3202) at Inter BEE 2015 focused on the range of video equipment brands they carry, including import goods.

The Steadicam M-1, the next generation of Steadicam, was announced at NAB in 2014. The prototype was shown at last year's Inter BEE, and the final product is now appearing for the first time this year.

The modular design allows for breaking down the stage, monitor mount, gimbals, battery mount, and post, allowing for customization to the user's needs. Seeking to optimize the unit for modern use, all of the threads have been redesigned and updated. This modular approach cuts the costs of swapping parts and repair, contributing to smaller camera budgets. Offered with either a tilt head or non-tilt head, the unit can also be equipped with a motorized stage. For the vest, users can choose between an Ultra or Exo vest. The arm features a G-70x arm by default.

The RØDE Videomic Pro is an on-camera microphone designed for use in SLRs and video cameras, and it has been swapped to a new capsule, the Rycote shock mount. It features an 80hz highpass filter, -10dB pad, and +20dB boost.

The Chrosziel MB565 is a multi-purpose matte series that offers the full complement of clamp-on sunshades through to swing away and 1- through 3-stage full rotation devices. The filter tray can be increased/reduced, and it supports different rods, flexibly adapting to the needs of crews in different shooting contexts. The user can also adjust the unit himself on the fly -- this ability to swap parts in and out is one of the strengths o this system. A single wrench is all that is needed to swap between 15mm and 19mm clamp-ons and adjust the filter stage. Built in a frame structure, handles and master tape can be attached.

RØDE Microphones, which produces monitor recorders geared at fieldwork, began distributing its video line this summer, and the devices were debuted for the first time at Inter BEE. The lineup, including a new unit announced at IBC, are being demoed at the expo.