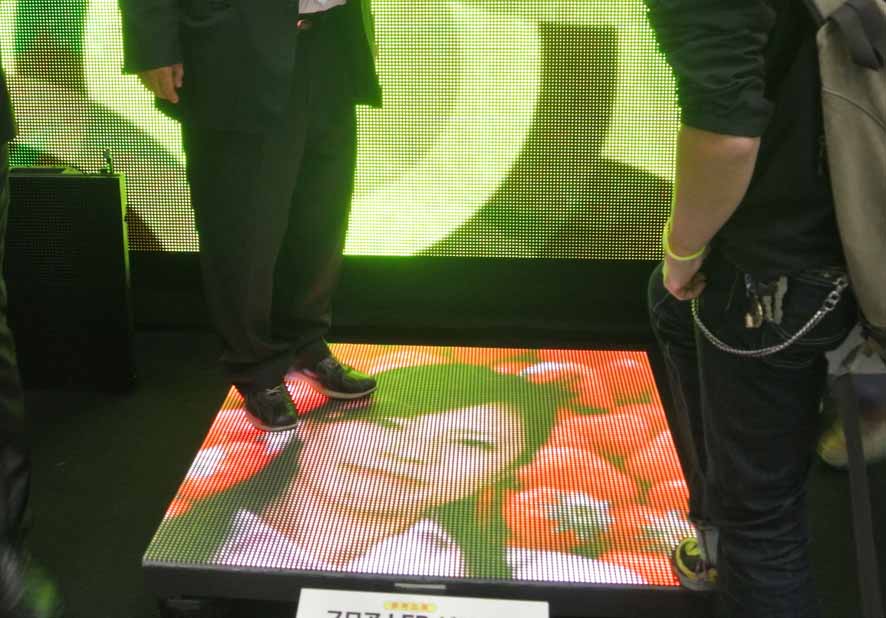 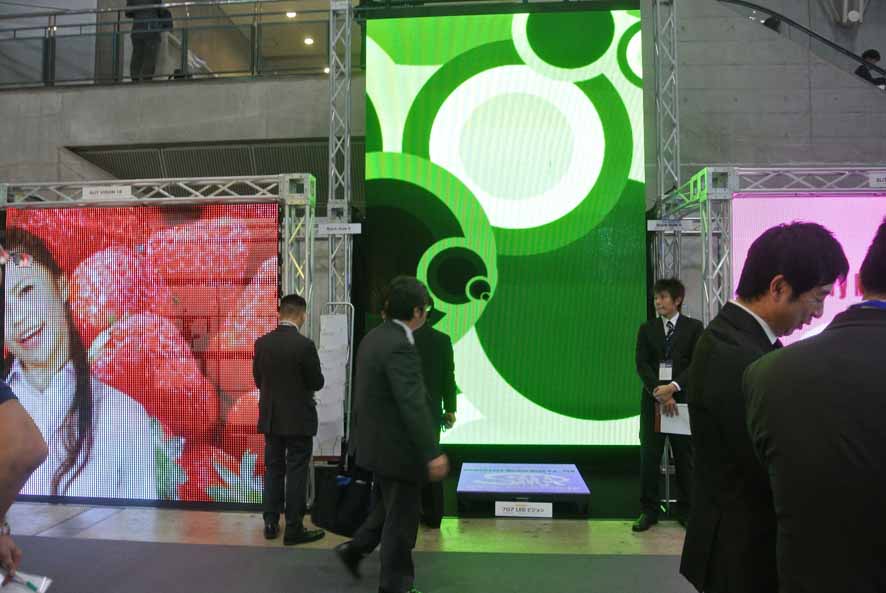 Strawberry Media Arts (booth 5001) exhibited a range of large-scale, full-color LED video display solutions. On display for the first time was a system dubbed 'Floor LED' (pictured above), an 8.9 mm pitch LED product which is laid on the floor. Its distinctive feature is that it was produced under the assumption that it would be placed on the floor. Strawberry Media Arts production supervisor Hiroyasu Nagafuchi said "What we had in mind was to have large-scale LED video images displayed on the floor in the production of television programs. We designed it so that performers would be able to walk on the screens without causing any damage. We are aiming to use this exhibition as an opportunity to expand sales."