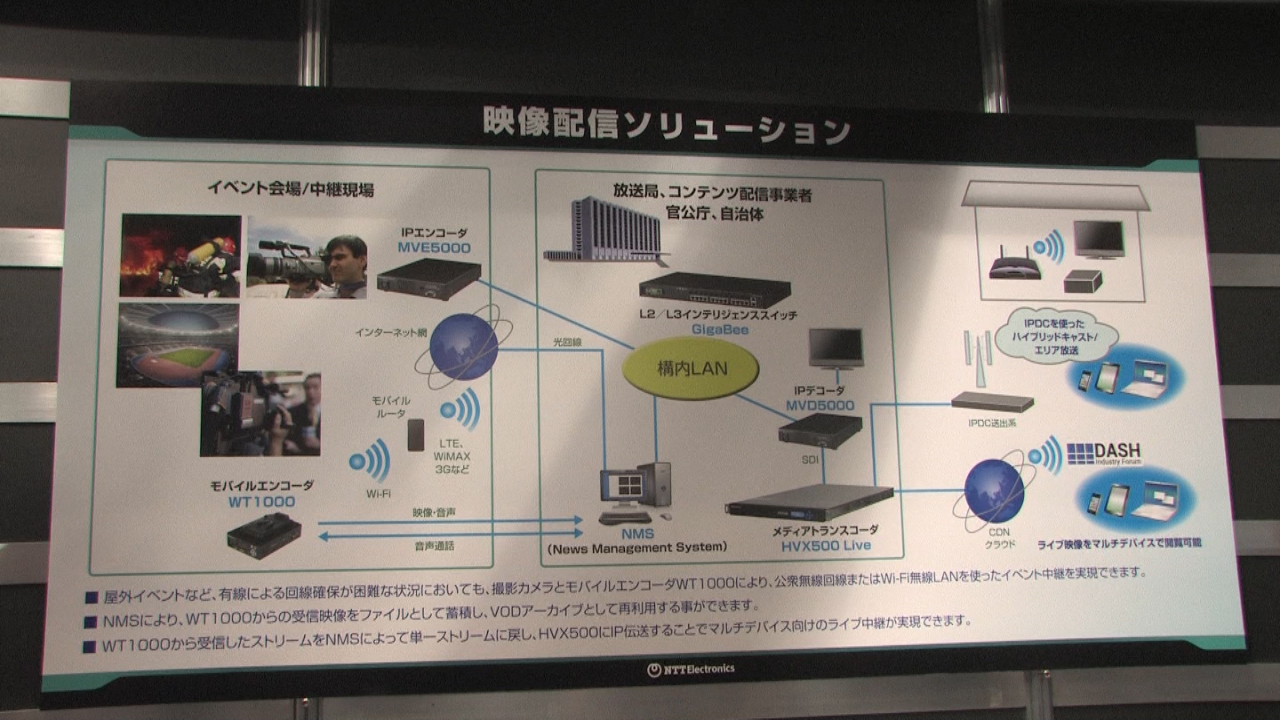 NTT Electronics showcased their 4K transport solution at the NTT Group booth at Inter BEE 2013.
Video was shot in 4K in the camera area of the Sony booth, encoded, and transported over a fiber optic network to the NTT Group booth. At the NTT booth, it was decoded in real-time and shown on a 4K display.
Additionally, in the video delivery solution area, they exhibited their 'MV5000' portable encoder and 'WT1000' mobile encoder, intended for conducting transmissions from disaster sites and concert venues. They also demonstrated the 'HVX500' media transcoder series for transcoding video at government and municipal offices and broadcast stations, and delivering it to household TVs and tablets.