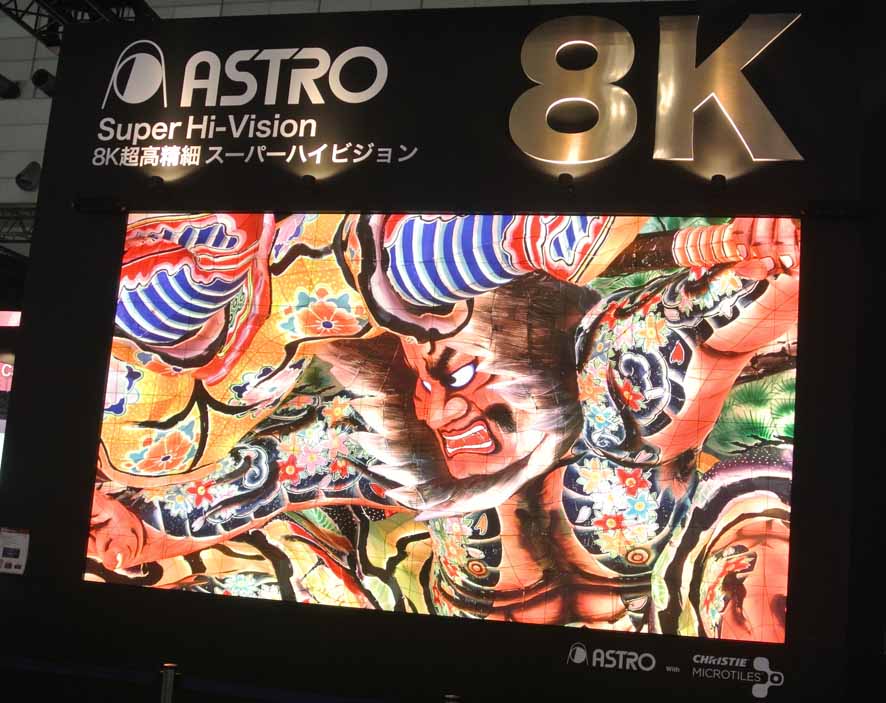 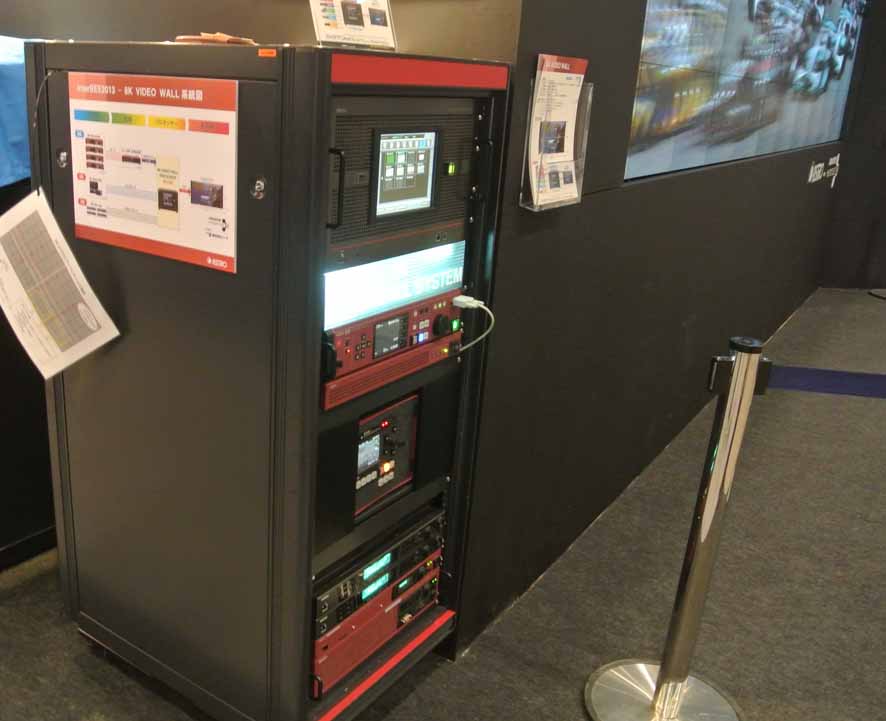 ■ "Microtiles" used in many television programs
Christie's "microtile" is a 20-inch small screen tile, which can be layered or arranged side-by-side to freely form different geometries, and allows unprecedented spatial expression. The tiles can project vivid images even in a brightly lit indoor space, can be laid out with great freedom, and allow freedom of choice for location of placement. Given this freedom, these display tiles are used widely in international and domestic art galleries, museums, banks, department stores, boutiques, television studio sets, and digital signage. They can be seen in famous venues such as the New York Museum of Natural History in the USA, and at the Hong Kong Deutsche Bank. Domestically, they are used in the sets for news/information programs, such as "Super Channel" from TV Asahi, and "Wake Up! Plus" from Yomiuri Television.

■ Many visitors stop to admire the real 8K graphic quality
Astrodesign combined these microtiles with their 8K video wall processor technology, to realize a 200-inch equivalent large screen which can, for the first time in the world, project 8K real quality on a large format screen. In the past, Astrodesign has provided NHK with a 8K video wall for "NHK Studio Park," using 36 60-inch LCD multidisplays from Sharp. For the present system, they have upgraded the design, and enabled more vivid real 8K large format video. A company representative says, that "with the upcoming Tokyo Olympics, we foresee increasing demand for 8K large format video for public viewing, etc. We would like to propose our product to various broadcasters and event planners."