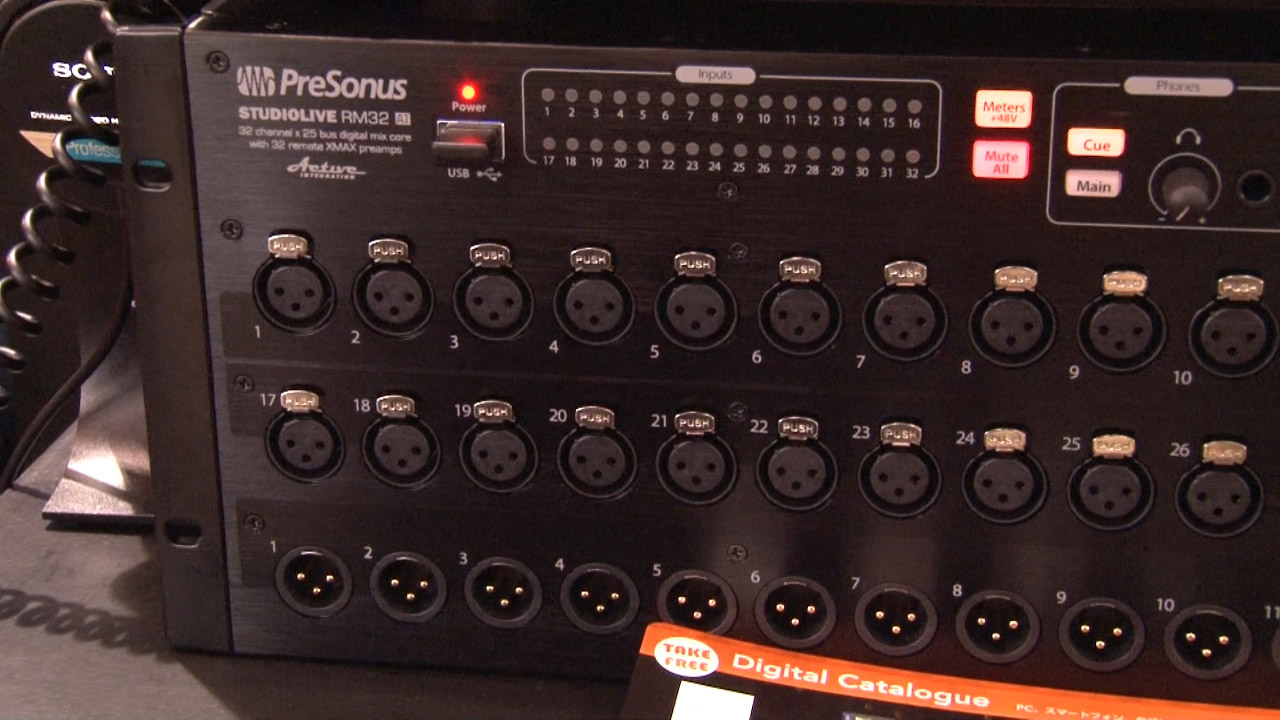 MI7 Japan imports and sells PreSonus, RME, and other products. At its company booth at Inter BEE 2014, they exhibited the StudioLive RM16 and RM32, the 16- and 32-channel rack-mount mixers from PreSonus. With StudioLive AI mixer engine as the basis, the RM series also integrates a powerful UC-Surface multi-touch control software compatible with Mac, Windows, and iOS. It has been designed to realize intuitive and quick operation in a live mixing environment.
The StudioLive faders can be controlled with a computer or a Wi-Fi touch panel. Through the router, the multi-touch interface can also control PCs and Wi-Fi on the same network. Because of this, you can control everything from the center of the audience seats while keeping the equipment on the side of the stage.
You can also connect multiple machines using Firewire to create a 48- or 64-channel system. This function enables you to create a multi-track recording while the live concert is happening, using a PC and recording software (Capture).
A 118dB dynamic range is achieved through the state-of-the-art, high end Burr-Brown converter. In addition to digital mixing, it can also be used highly effectively as a studio DAW audio interface.