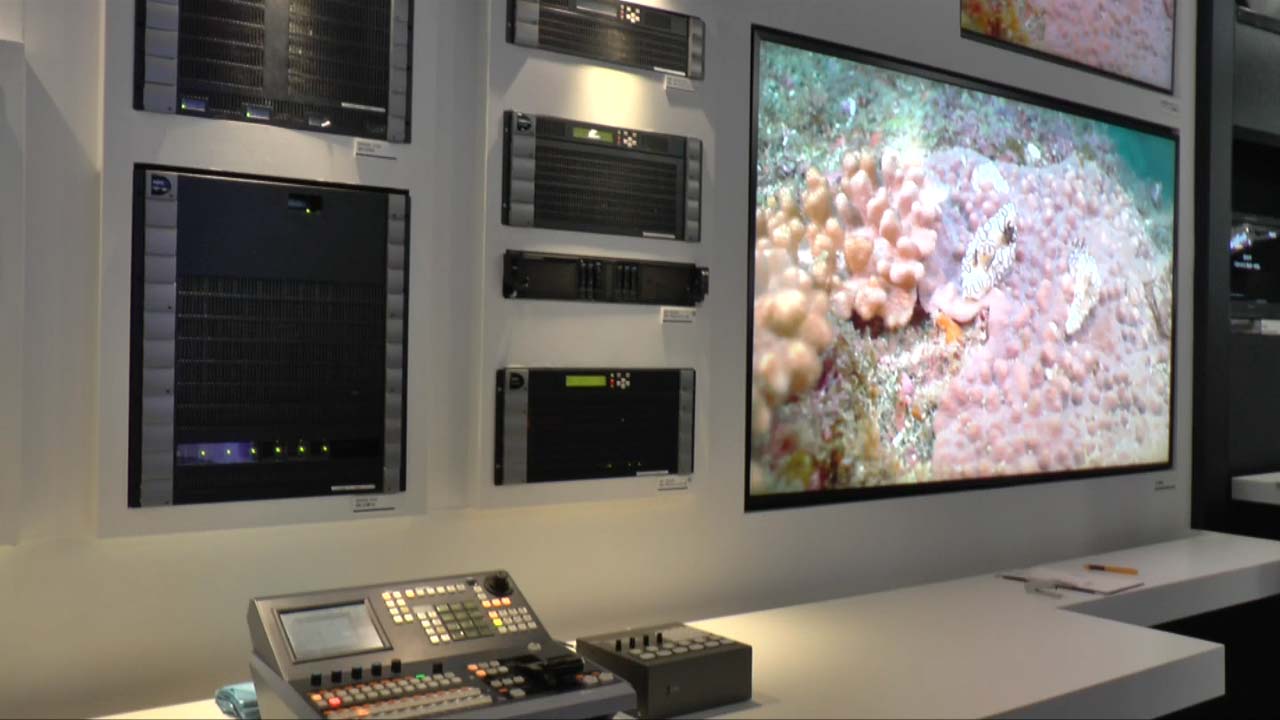 At its booth (#5410) at Inter BEE 2015, NEC follows up on last year with the ongoing theme of, "Orchestrating a brighter world." The company will be showing information, broadcasting, and file-based systems, showcasing NEC's next-gen solutions for broadcasters. Also on view will be its new Armadia ff 4K, a 4K-compatible video server; and reference versions of 8K/4K mastering systems and an HEVC transfer codec.

Presents a range of next-generation broadcasting systems focused on IP and software solutions, under a slogan of "Orchestrating a brighter world"

On the main stage, NEC will present its next-gen broadcasting systems with an eye to IP and software digitization as the way forward. Mitsuhisa Tsuchiya, executive director of the company's broadcasting and media division, said, "Overseas, the increasing 'IP-ization' of internal broadcasting systems at broadcasters is gaining ground, so we forecast that a similar pattern will take place in Japan. At NEC, we see this as a future trajectory, and we will be working with broadcasters to get their feedback as we move forward. For the main stage, we plan to showcase our plans for the next generation of technology."

On November 4, NEC announced the VC-8700 and VD-8700 codecs, which are ultra low-latency codecs compatible with H.265(HEVC) and offering real-time rendering of HD video. That codec is on display at Inter BEE 2015. The codec encodes and decodes HD video with a minimal delay of 20 milliseconds. The codec supports H.265/HEVC and H.264/MPEG-4. The audio codec is compatible with the MPEG-4 AAC ELD spec, which achieves ultra low-latency compression.

Armadia ff 4K, a 4K-compatible video server
NEC is also showing for the first time its Armadia ff 4K, the latest entry in its 4K-compatible video server line. The Armadia ff 4K supports high-fidelity 4K (3,840×2,160pix) footage and XAVC and AVC Intra recording and playback, providing an optimized file management flow from video content importation on through export and transfer. It can be deployed in standalone, small-scale systems and scaled up to cluster-based medium- and large-scale systems. Of the existing Armadia ff line's HD/SD support, Tsuchiya says, "Software updates will allow for stepped transition to 4K broadcast support." The 4K-ready Armadia ff 4K will release in April of 2016.

4K-compatible transfer devices and routing switchers
On display was a 4K-compatible production switch. The company plans to give a demo using 4K footage at its booth.

In addition, high speed cameras and dual-band compatible FPU devices, a mixing board, and a radio mastering system will be shown.