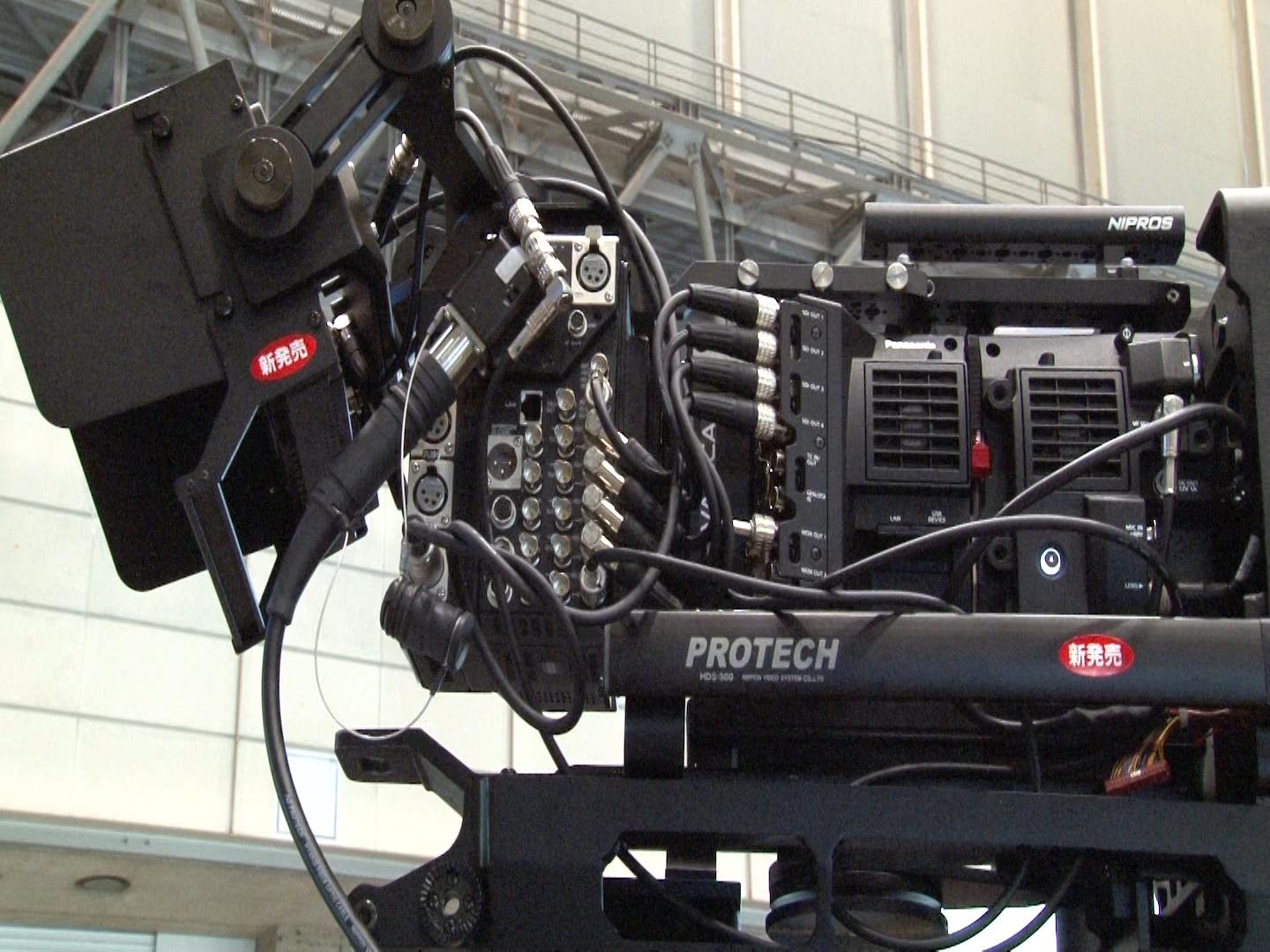 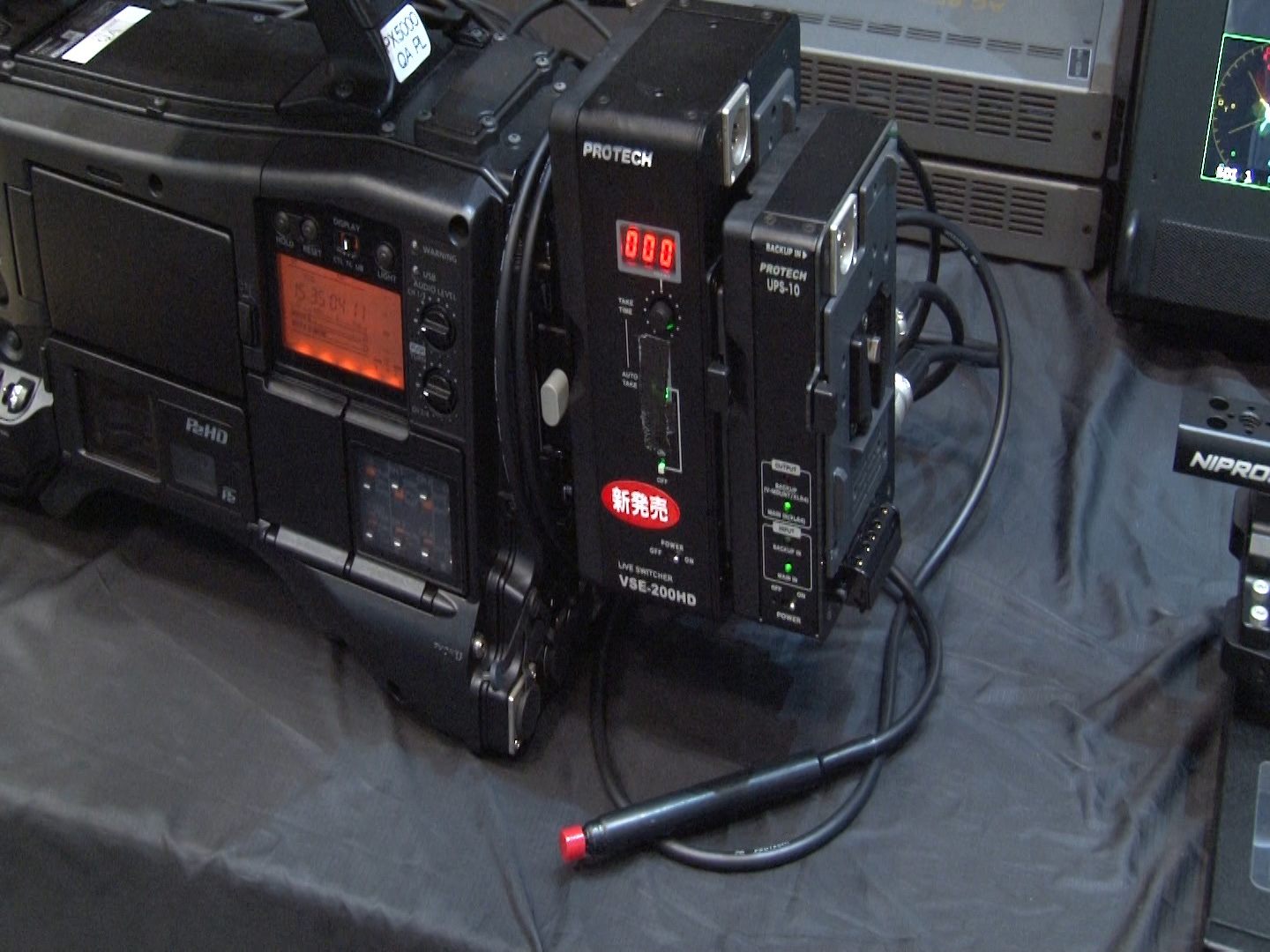 Nippon Video Systems has put its new product, the Broadcast Motion Controller "BM-W3" on display. This is a motor remote control used for controlling lenses externally, compatible with both B4 and PL lenses. It is the first domestically made unit of its kind.
A unique trait of this device is its ability to remember seven different positions. This will enable cinematographers to preset lens focus positions during rehearsals for TV dramas and such, and recall these positions at the touch of a button when it's time to record. If appropriate gear is attached to each lens, the device can act not only as a focus lens but also as a zoom lens. Wireless controllers are also available, and the operation of focus, zoom and iris controls can each be individually switched between manual or wireless separately. The device is compatible with studio cameras.
The "4K+X Light Camera Adapter LS-750GTS" is a box lens that attaches to cameras of any brand, and combines a light transmission device with a newly developed OLED viewfinder. By attaching the lens, high-magnification filming becomes possible with a 4K or HD camera. It also enables construction of a studio filming system with any camera.
The HD Super Live Switcher "VSE200HD" is a product that lets one person man two cameras. It is HD compatible, and has a built-in frame synchronizer. It allows overlap and cut operations. It also has two recorder output terminals, so recording can be done to both a main and a backup tape.