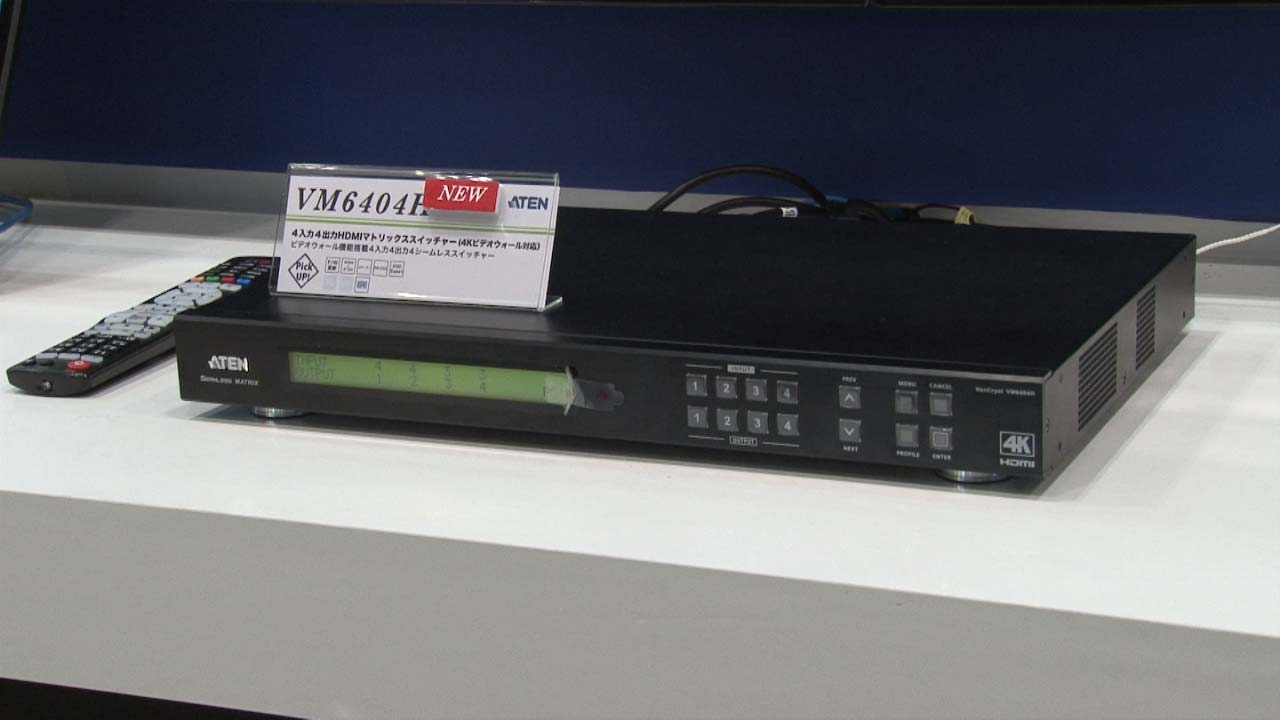 At the ATEN booth at Inter BEE 2015 (booth number 2002), there were demonstrations of products such as the HDMI matrix switcher "VM6404H," the world's first 4K resolution matrix display, and the "ATEN Control System," a new product that was recently released in mid-November. The ATEN Control System is a system that allows users to intuitively operate and control equipment such as ATEN's VanCryst video products and equipment installed in conference rooms, etc., with an iPad.