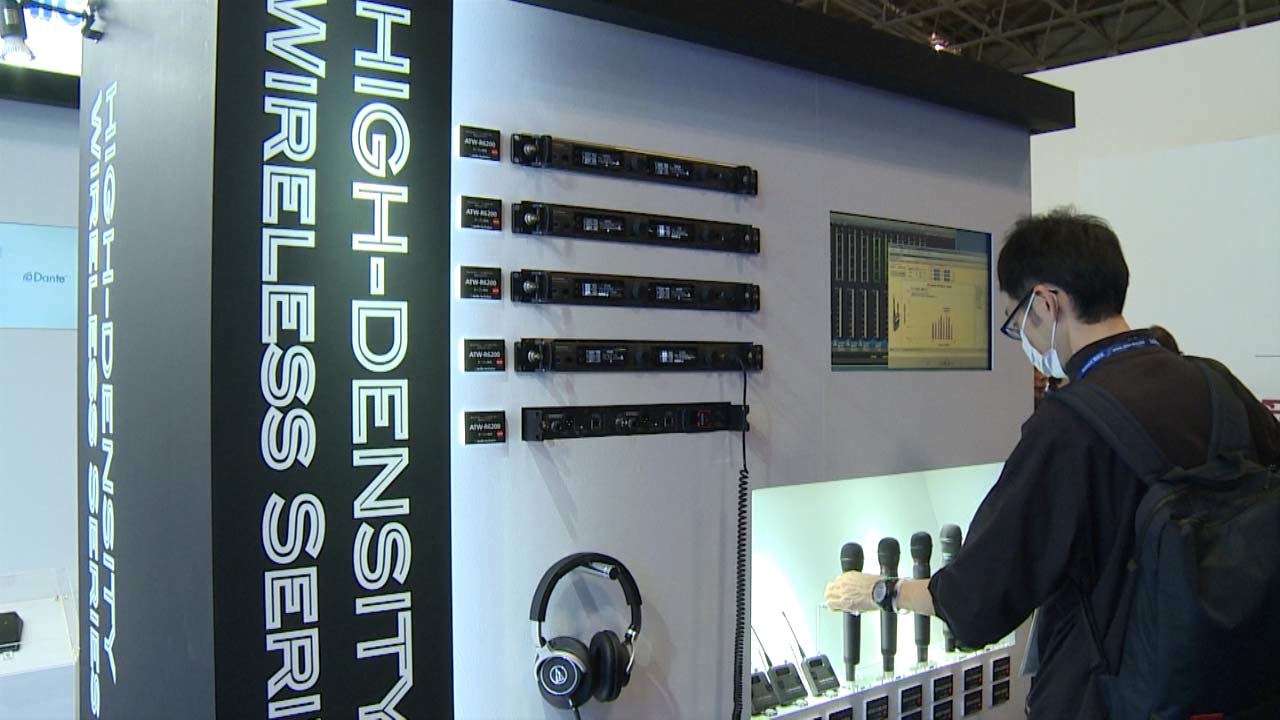 At Inter BEE 2015, Audio-technica (Video and Broadcast Equipment Booth 1414) announced their new ATUCS-50 series of digital wired conferencing systems. The conferencing system is laden with digital functions. It uses the company's own format for signal transmissions and power supply.
The system can be connected to up to 150 units via daisy chaining with CAT5 cables or with ring connections.
Three conferencing modes are provided: Free talk mode, transmission request mode, and full remote mode. It can be controlled through Web remote or an external control device. Also, an audio recording function to a USB flash drive is also provided.
They also announced their flagship analog wireless system that can use a dedicated band for designated radio microphones. The radio microphone's dedicated band (4 MHz) enables up to 31 channels to be used simultaneously. For the hand microphone, there is a choice of three dynamic units and two condenser units. A switch-equipped unit will also be marketed. A variety of microphones compatible with the smaller two-piece transmitter will also be available for sale at the same time. The wireless system accessories include a flat panel antenna, interior antenna, dedicated antenna filter, antenna booster, and distributor.
Also displayed was the remote control for DANTE microphones and a trial listening corner for the flagship AT50 series condenser microphones.