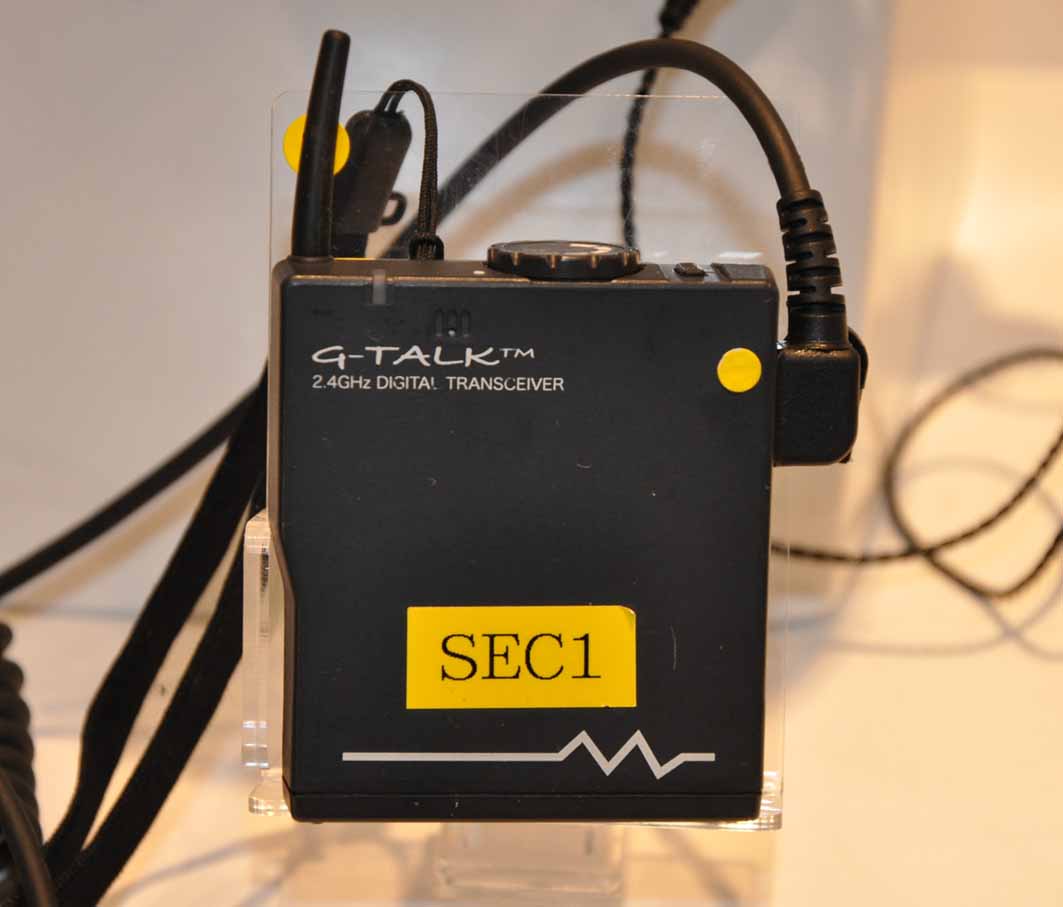 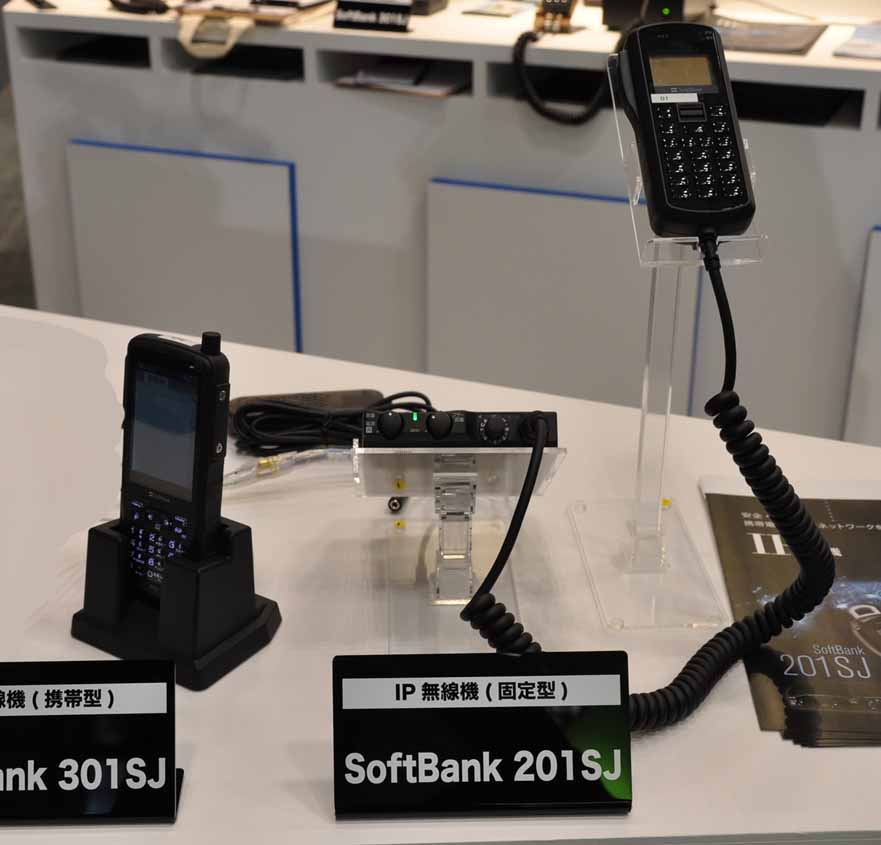 Seiryo Electric (main office: Itami, Hyogo) made their first Inter BEE appearance at InterBEE 2014, over three days at Makuhari Messe from November 19 to 21, 2014. They showcased their short range specified low powered wireless handsets, "G-Talk", that allows 5 people to talk simultaneously, and their handy-sized commercial use wireless handset, "SoftBank 301SJ," that supports data and voice calls (one way) within Softbank mobile communications service areas all around the country.

- The advantage of "not needing a base station" and up to 5 people talking simultaneously.

The next generation small-sized transceiver, "G-TALK," is a specified wireless transceiver that uses a 2.4GHz low-power transmission (10mw) to allow easy communication over short distances. It can be put to a variety of uses and in many places, such as factories, and outdoor events, such as golf courses, in touring, and ski events.

In the past, multi-person communication necessitated the presence of a base station, however, using the same frequency, with each device sending communications in order, this device allows 5 people to talk at the same time using the newly developed time-division multiplexing method. There is no limit to the number of receivers when switched to receiving mode.

It can be used within a range of 100m. Further, instructions can be given from long distance simultaneously via a connection to a cell phone or PC. For example, a person at a headquarters far away can speak with 4 people simultaneously.

Mr. Naoki Makida of the 1st communications section of the IC sales department said, "We’ve received a great deal of interest from broadcasters about its use as an incoming. And we are looking to appeal to even more broadcasters in the future".

- Commercial Use IP Wireless Transceiver Supporting Data/Voice (One Way) within Softbank Mobile Communications Service Areas All Around the Country.

Additionally, Seiryo Electric also exhibited their IP Wireless Transceivers, "SoftBank 301SJ & 201SJ," that are compatible with Softbank’s LTE, which was rolled out in February of this year. The "SoftBank 301SJ" is a handy-sized commercial use IP wireless transceiver that allows voice and data (one way) within Softbank mobile communications service areas that include the platinum band. It also supports functions such as concurrent/group/individual push to talk, GPS tracking, and status management; and is water and dust proof to IP65. Applying for wireless permission and operation by licensed wireless operators will no longer be required.

Hide Matsuoka of the 1st communications system sales section of the IC department explained, "You can use the cell phone network all over the country, without a base station. And, as it can be tracked via GPS on a tablet or PC, it’s currently being used by taxi and logistics companies, but we also want to appeal to broadcasters."