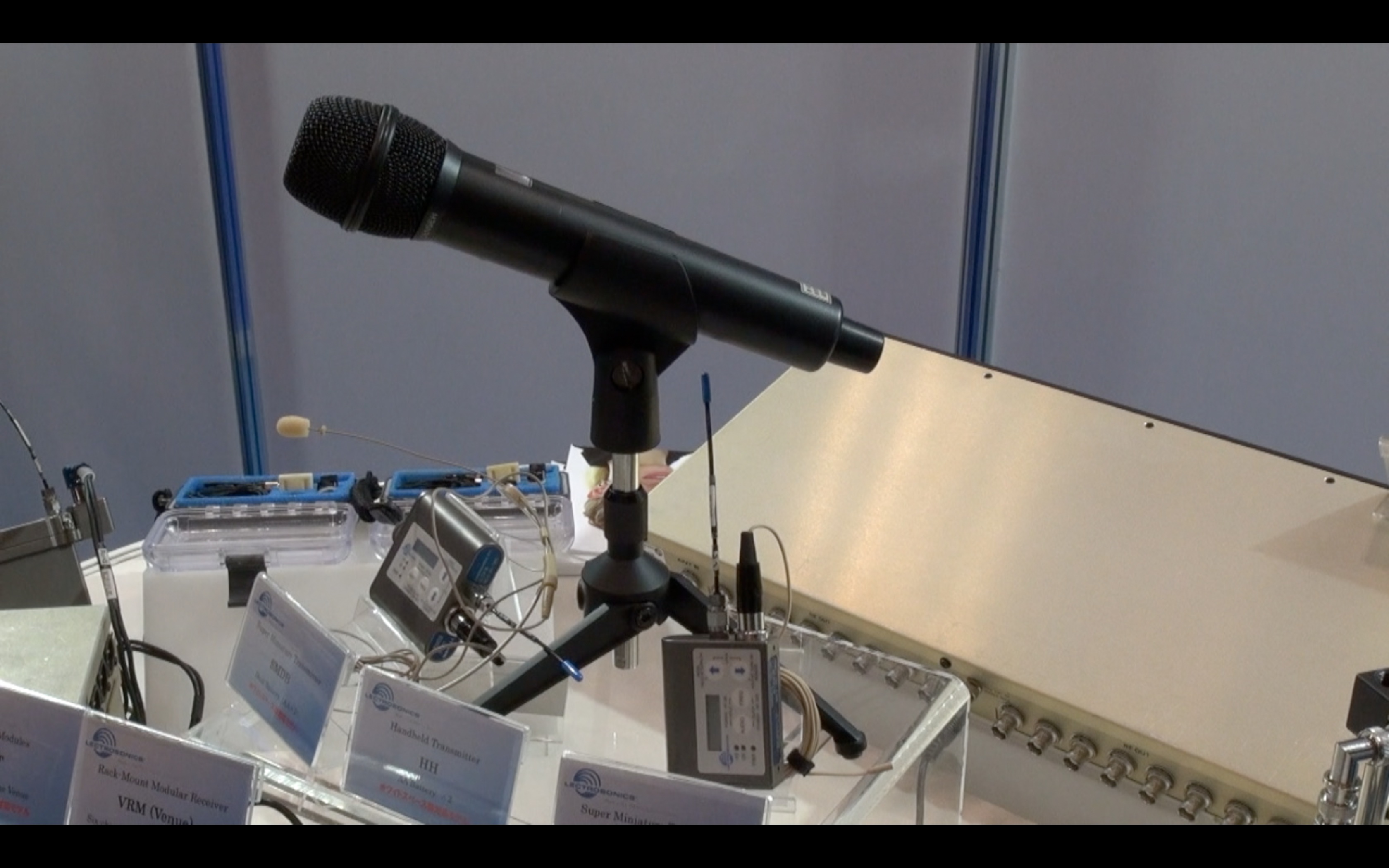 Tech Trust Japan showed a wireless mic system made by US company Lectrosonics that conforms to the new radio white spaces. Tech Trust Japan has acquired certificates of technical compatibility and licenses for all products shown.
Lectrosonics uses proprietary digital hybrid wireless technology. Inside the transmitter the digitally processed audio signal is converted into analog format, and transmitted in analog FM. By making the compounder digital, noise can be kept to a minimum, and since there are no losses a high degree of audio quality is maintained. In the US, the sound quality of this system has been widely praised, and it has gained great traction in the film and broadcast industries. With new products such as the SM Series of super miniature transmitters and SR receivers for slotting into TV cameras, Lectrosonics currently has about 90% of the US ENG market and 85% of the US television production market.
The devices that conform to the new radio law are the hand-held HH, body packs, single AA battery SMB and double AA battery SMDB.