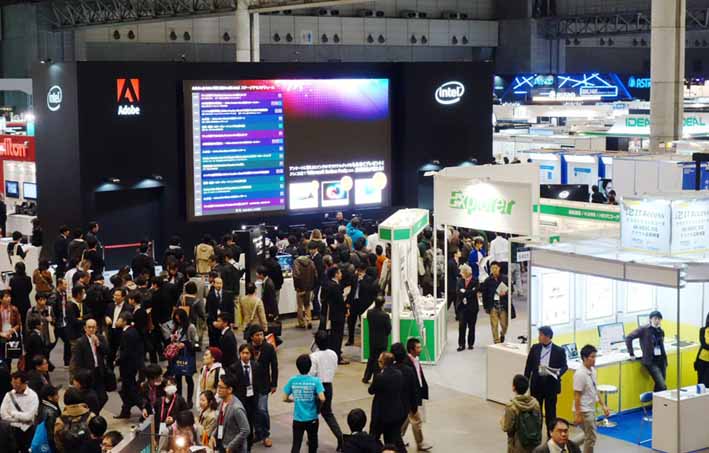 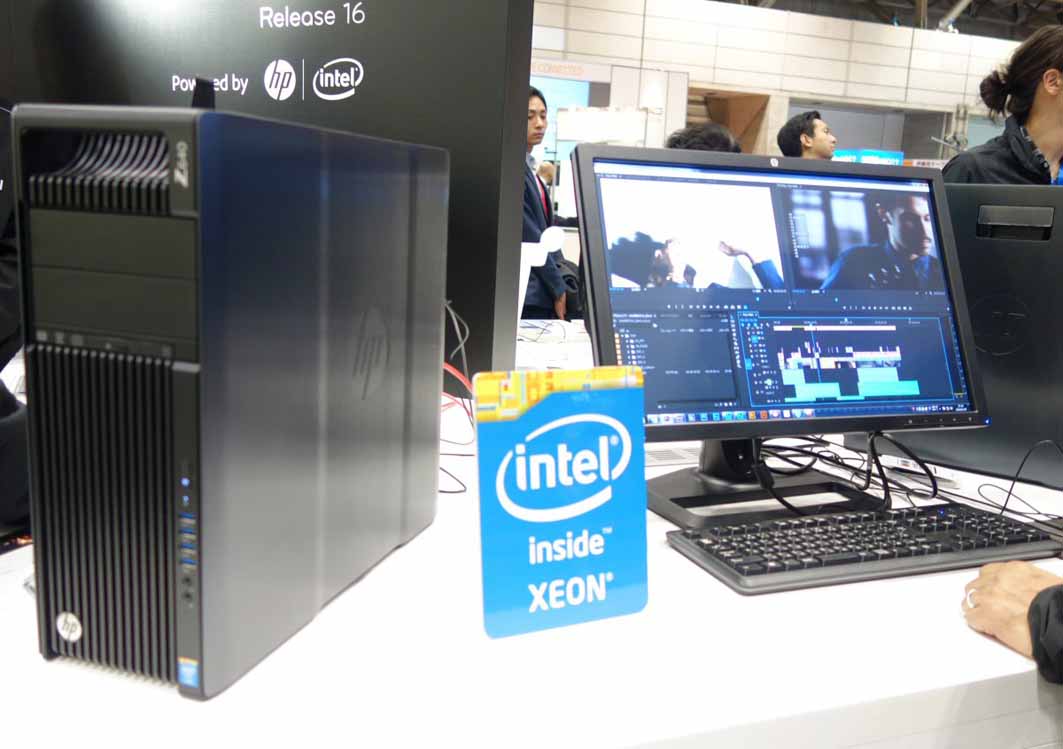 The Adobe Systems (“Adobe”) booth (booth: 6304) was a standout among the booths in Makuhari Messe Hall 6 at Inter BEE 2014. Upon entering the hall, one’s eyes were immediately drawn to the super-large 355-inch 4K LED screen, measuring 8m by 4m, placed on the main stage. Adobe introduced video production tools for the 4K age in its latest version of Adobe Creative Cloud.

“Mask & Track” is a new feature that was demonstrated which allows the creation of freely-shaped masks using Bézier Curves on a video and for the selection to be automatically tracked. It increases the ease with which users can track and cover a specific person or object and with a light or mosaic, etc.

Further, the “Search bin” feature was introduced which enables searching for files satisfying specific conditions. The ease with which files within a project can be found using keywords was demonstrated.

- A packed main stage
At the main stage where the large 355-inch 4K LED screen was located, stage demonstrations and talk events continued without end. The large crowd’s gaze and attention were held by talks about 4K60P video production with Adobe Creative Cloud, color grading, and special effects.