【InterBEE 2012】In its first domestic exhibition, KOMAMURA Co. will demonstrate a number of its latest products, including a stabilizer built by edelkrone, and a DSLR follow focus

The Pocket Rig by edelkrone 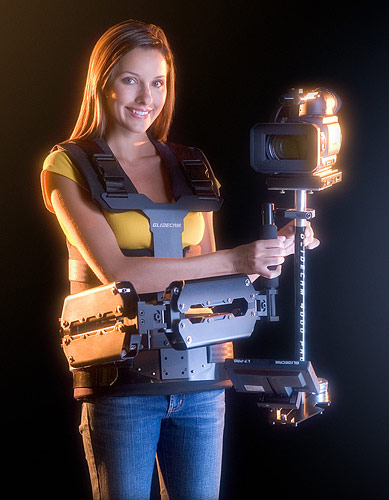 KOMAMURA Corportion (Video & Broadcast Equipment Division, #8214) will be demonstrating a variety of their products, including digital camera stabilizers, Cine Base, lenses and lens mounts, and isolators. Beginning in September, KOMAMURA became the only licensed dealer of edelkrone products in Japan. They will introduce these ultra light-weight, ultra compact single reflex digital camera rigs at the exhibition. In addition, they will present an abundance of established products including Schneider lenses.

■First ever exhibition of edelkrone stabilizers and follow focus in Japan
The Pocket Rig by edelkrone is a collapsible, stowable stabilizer, made with a solid, light-weight aluminum and stainless steel construction. Size: 14×6×5.5cm. It is equipped with industry standard internally folded 15mm rods, and is follow focus-compatible. The rig makes the size and weight of the supported camera almost imperceptible.
Stored compactly in the lower portion of the camera, the rig can be expanded when necessary to be used as a stabilizer. The light-weight device fits to the cameraman's body, allowing him or her to shoot a steady, shake-free picture. It can be used for taking still pictures, or for shooting video with a single lens reflex digital camera. Extremely functional and convenient to carry, this is a rig that takes full advantage of the compact size of a single lens reflex digital camera.
Edelkrone's FocusONE PRO is another unique product, providing follow focus for one-man operating.
The rotating gear is compatible with most cine lenses, with a standard pitch of 0.8. A single reflex digital camera lens can be used with an attached lens gear.
The focus gear can be tilt adjusted; easy manipulation allows for high-precision movement. The marking disk is facing the cameraman, making it possible to confirm a mark during operation. Using the scale on the marking disk itself, the cameraman can shoot solo without having to mark manually. The innovative design of FocusONE PRO appeals to the potential of one-man operating, and suggests the future shape of follow focus.
Edelkrone is a rig manufacturer based in Turkey. In September, KOMAMURA Co. became the only licensed dealer of their products in Japan.

■Preliminary demonstration of Cine-Xenar III, a new series of lenses by Schneider
German company Schneider Kreuznach is giving a feature demonstration of the Cine-Xenar III lens for digital cinematography. This is a new series of Cine-Xenar lenses, more light-weight and compact than previous models, for faster and easier lens switching and operation than ever before. Compatible with the PL Mount and Canon EF Mount, it can also be used as a single lens reflex digital camera. Six different lenses (18mm, 25mm, 35mm, 50mm, 75mm, 95mm) all have the same external dimension, while focus and iris control are set up in the same position.
To take advantage of the acclaimed focus effects of previous Cine-Xenar series, all lenses are equipped with 18 built-in aperture rings. Improved flare correction has also been added, virtually removing flare altogether.
This product will be sold through KOMAMURA in Japan, with the release date planned for December.

■A plethora of professional photography support systems on display
Numerous professional photography support systems will also be on display at the exhibition. The Isolator 100, for example, is a light-weight, compact video camera vibration isolation device that demonstrates results on par with dolly and automobile-mounted photography. The Isolator 150 is a vibration isolation device for both film and video cameras that can be used for a multitude of purposes.
The Glidecam 2000 Pro/4000Pro, Glidecam HD Series, and other stabilization systems will be on exhibit. All of these feature lightweight construction and superior operability.
With accessories such as support vests and Smooth Shooter, the body can also be used as equipment. The camera will not shake or rattle while on the move, allowing smooth shooting even while running.
The Glidecam stabilization system is used around the world for sports relay broadcasts, mobile shooting from moving vehicles, and more. They have also shown results in scenes in film and television series involving intense motion.
Compact cinematography support systems like the Cine Base M15 and Lens Mount PL made by 16X9, along with the Horseman Tilt & Shift TS-Pro series of lens control systems will also be demonstrated.
With equipment set up at all of these booths, visitors will be able to experience first hand the user friendliness and operability of these systems.

【InterBEE 2012】
Inter BEE is an convention of top-level audio, video, and communications professionals from Japan and abroad, gathered under one roof, demonstrating the latest in broadcast equipment, video equipment, lighting, IPTV, Mobile TV, and cross-media applications and solutions. This exhibition is an opportunity to learn about the latest trends in all realms of the creative media business.
Nov. 14 (Tue)~16 (Fri) at Makuhari Messe (Free Admission)