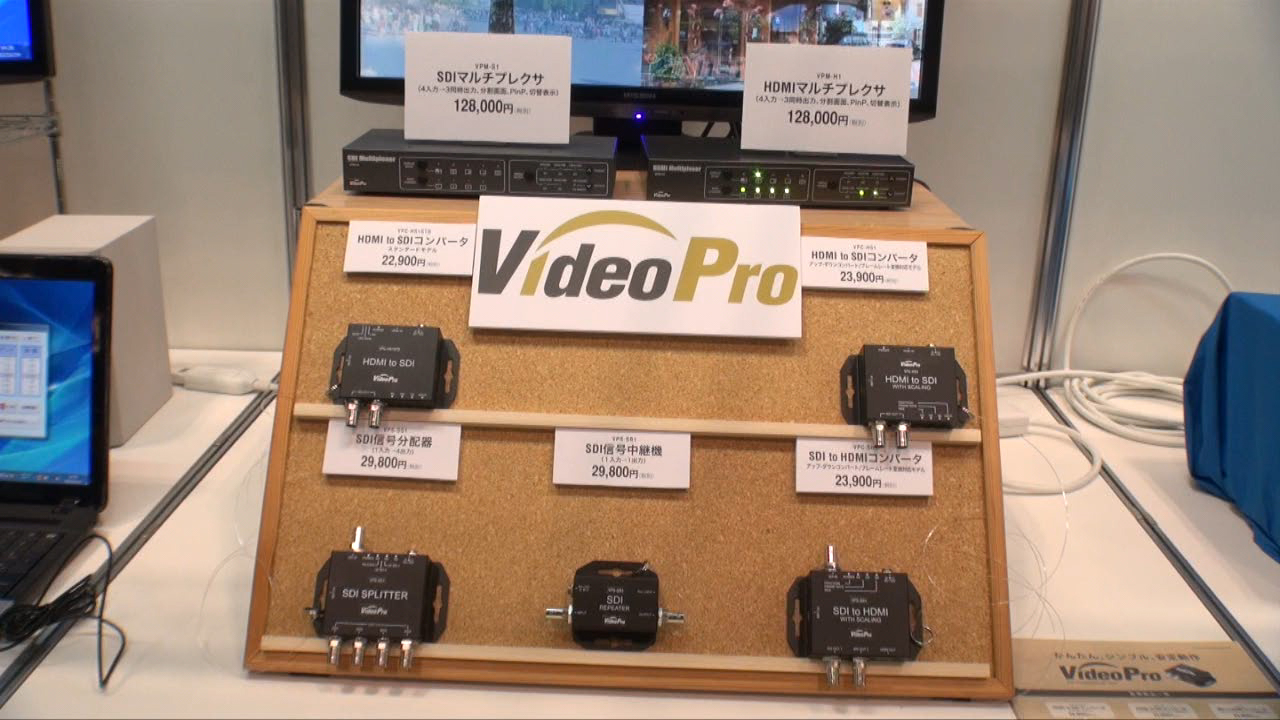 MEDIAEDGE exhibited the ""HDSS-4Km1,"" a video player that allows 4K 60p playback, and ""MEDIAEDGE 4K Encoder,"" a network-compatible 4K live video transmitter that makes possible 4K IP transmissions, in the 4K video signage system corner. At the venue, a demonstration was given in which HDMI signals from four cameras were captured by an encoder and with video then displayed which had been received by the network-compatible 4K live video transmitter ""MEDIAEDGE 4K Decoder"" through a LAN cable.

In addition, there was a display of the latest version of the automatic sending system ""MEDIAEDGE-APM"" in their booth. In this version, the software has been upgraded so dummy registration of content is possible. This is also compatible with 16-channel switching.

The firm's new converter in their ""Video Pro"" series supports conversion of HDMI-SDI and SDI-HDMI. There was a lineup of various products for up-converting, down-converting and frame rate conversion. A low price in the 20,000 yen range has been achieved. This is scheduled for release at the end of November.

Furthermore, the SDI/HDMI multiplexer which was exhibited for the first time provides output by synthesizing four inputs onto a single screen. This will be released in early December.