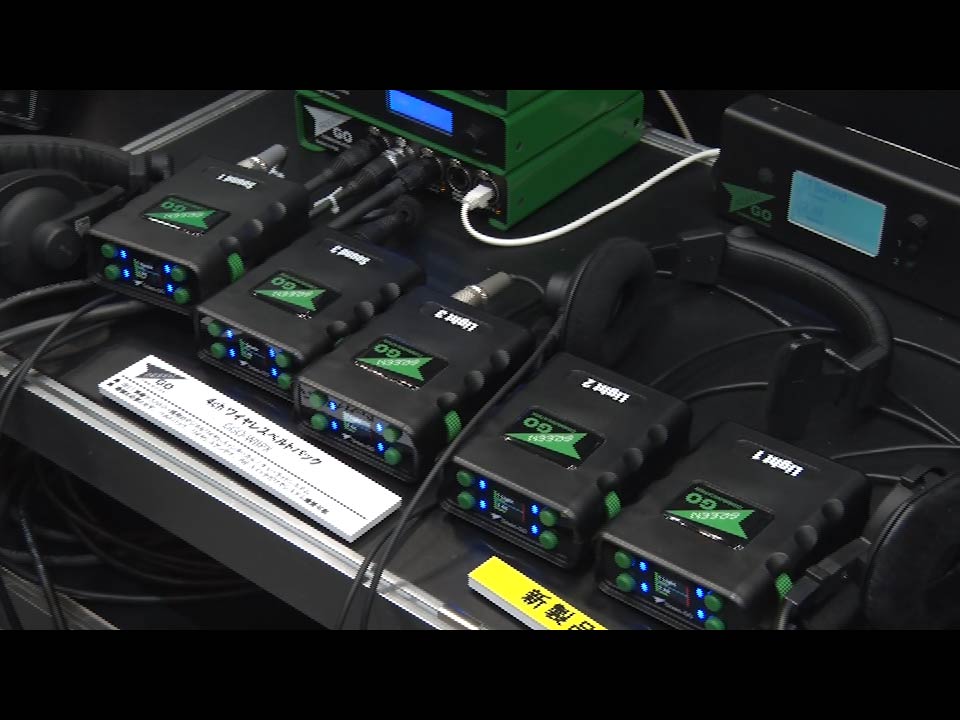 This was the first exhibition in Japan of the wireless belt pack of "Green-GO," a digital intercom/cue light system, "IOQUYA LINK," Digigram's IP codec, and "IQOYA LINK/LE," the low-cost version of the IP codec.

"Green-GO" enables wide ranging digital communication by simply connecting a minimum of 2 belt packs to the network. By adding a PoE wireless antenna to this system, the adaptable wireless Green-GO system can be added to an existing wired Green-GO system. As it utilizes DECT wireless technology, 1 PoE antenna can support a maximum of 4 wireless belt packs.

"IQOYA LINK/LE" is an audio IP codec developed for transmission for relay stations and between studios and transmitting stations. Compared to the normal IQOYA LINK, the front panel display has been removed, and the GPIO count has been reduced by half to 4 systems.