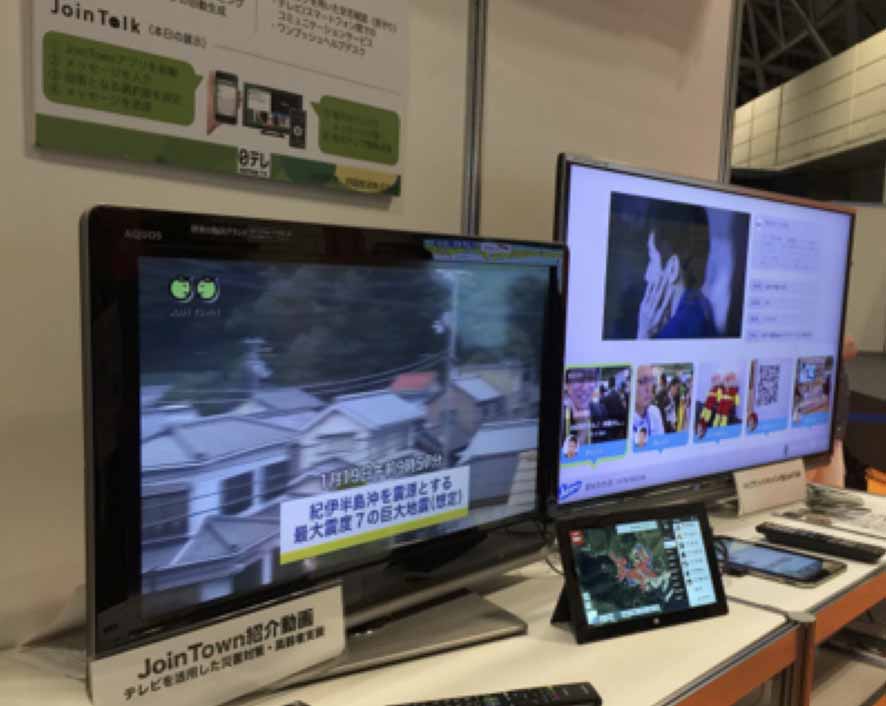 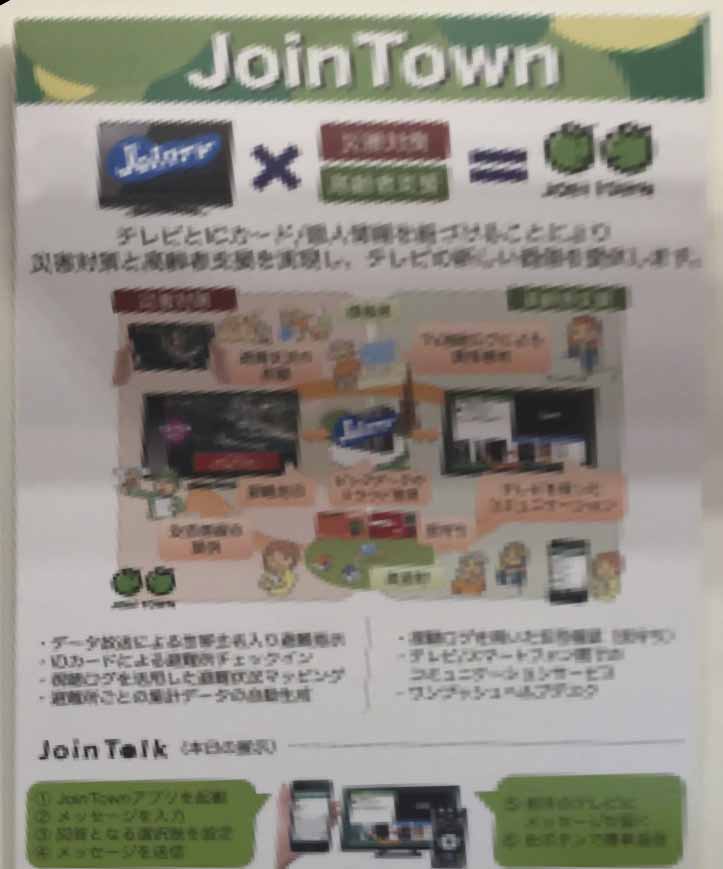 The Nippon Television Broadcasting Corporation(NTV) exhibited a booth at Inter BEE 2014’s Inter BEE Connected from November 19 to 21. They showed an example of their JOIN TOWN project which is an application of Join TV, a system for the fusing of broadcasting and communication which they have been developing up until now. They were able to show some real results for this disaster countermeasure system that is one of the strategies in response to Japan’s aging population.

- Join Town, One Aspect of the Development/Expansion of JoinTV
“JoinTV” is an interactive system being developed by NTV that allows viewers to log in to programs, and is pioneering in its field. Systems for programs like this are being further expanded, and a project named JoinTown is one form of such development. A video that provided an outline of this project was displayed at the booth.

The project is being developed by NTV in partnership with the Shikoku Broadcasting Corporation and Tokushima prefecture, and is a project entrusted by the Ministry of Internal Affairs and Communications. The system uses the television receiver to urge residents to find safety in the case of a disaster in rural areas where the population is aging. For example, if an earthquake were to occur, personalized messages would be displayed on the screen like “Seto-san, please evacuate now”. The resident can then take their initially registered ID card and evacuate, this action will be registered, and the resident’s house can then be marked on a map as evacuated or unevacuated accordingly, and from this, a list of evacuees can also be created. The system, therefore, is one that unifies the tasks evacuation notification and confirmation.

- The Household Television as “Guardian”.
A trial was carried out in Abe district of Tokushima Prefecture, an area with a large aging population. Because a television is a familiar medium, elderly persons will be more likely understand calls to evacuate to safety. Simply because televisions are often at the center of peoples’ homes, they can also serve roles as “guardians”. The demonstration showed how broadcast and communication can be converged so that television broadcasters can also serve a public function, not just entertain. NTV’s “JoinTV” will mostly be a system that can be put to many different uses.