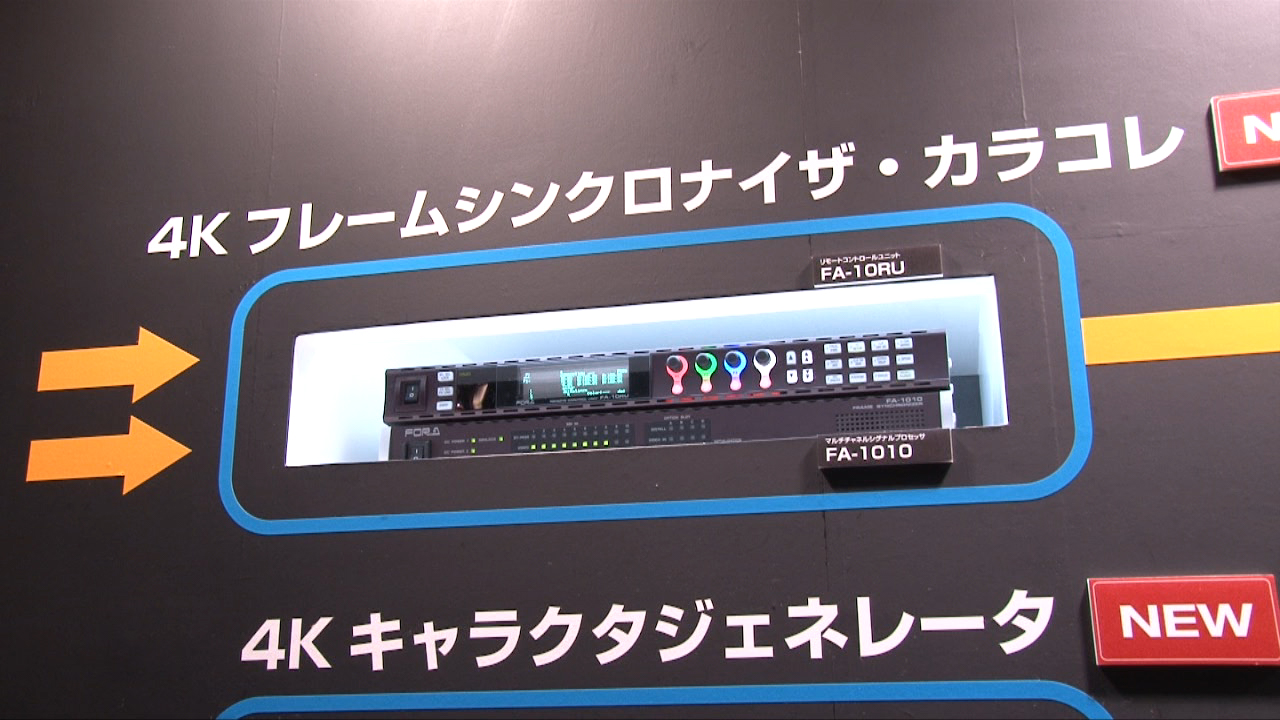 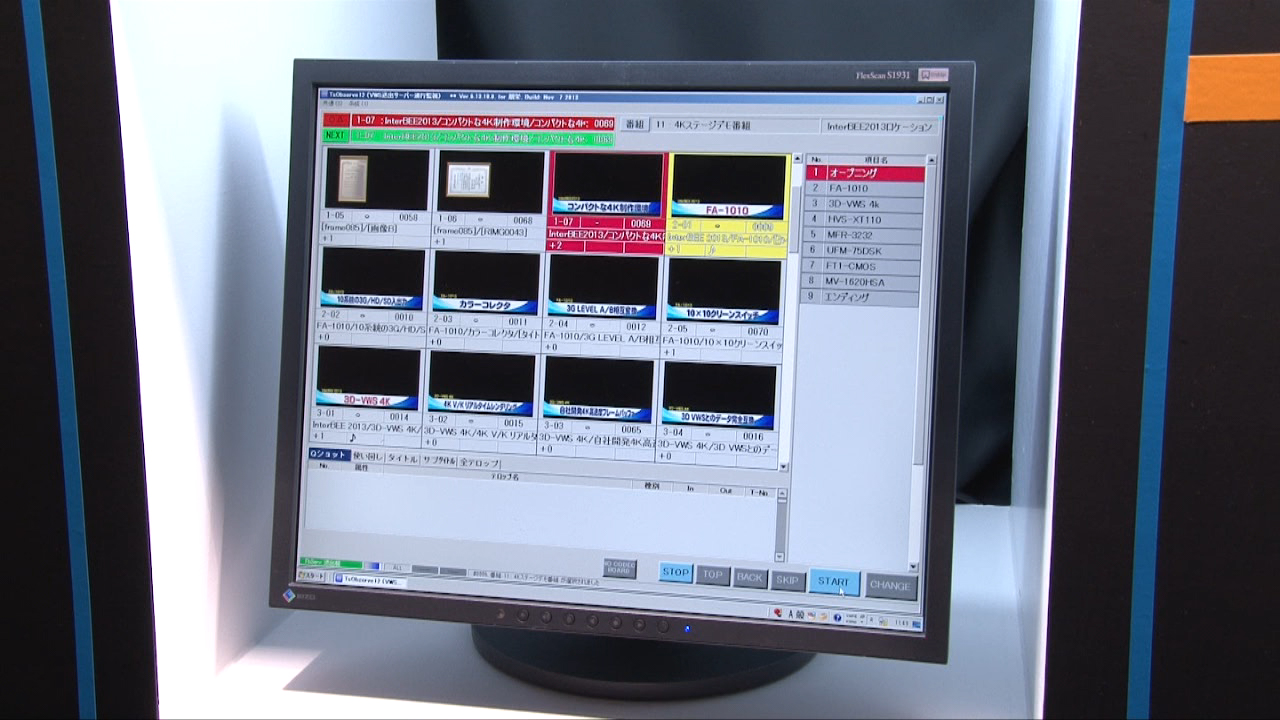 4K Character Generator 3D-VWS4K and others.

Using "FOR-A for a 4K Future" as a sub-theme, FOR-A (booth 6506) is introducing a line of tech devices that support 4K, including the world's first full 4K high speed camera, the FT-ONE.
All manner of other new devices are also on display. These include file-based products, most notably the "Media Concierge," as well as archiving products and baseband products such as video switchers.
The FT-ONE features a newly developed full 4K resolution high speed global shutter CMOS color sensor dubbed the "FT1-CMOS." Captured footage is quickly recorded to internal memory as raw data, and simultaneous QFHD live output is also possible. New and robust peripheral options include the video engineer oriented camera control unit "FT-1RCP," the "FT-ONE-OPT/FT-1BS" for optic conversion and transmission of QFHD output, and the "FT-1CDS," a tool that allows high speed copying of data recorded to the SSD.
Being exhibited for the first time domestically, the "ZE-ONE" allows users to set cropping points in any desired size in 4K footage with intuitive touch panel controls, and it then exports the footage as HD content. Paired with the FT-ONE, it makes active zoom effects possible, allowing for visuals in live sports replays the likes of which have never been seen.
The video switchers "HVS-XT100" (a model where the main console and control panel are separate) and "HVS-XT110" (a combined model) also make their domestic debuts. Thanks to upgrades, they support switching at both 3G-SD and 4K (QFHD) resolutions.
There are also products making their world debuts. From the "MFR Series" of routing switchers comes the large model "MFR-8000" which supports up to 256x256. Thanks to the crosspoint link functionality, switching not only 4K (QFHD) signals but even 8K signals is possible. Additionally being introduced are the multi-viewer "MV-1620HSA," which allows for monitoring of up to four systems of 4K footage, and the character generator "3D-VWS 4K" (tentative name), which supports input, editing, and transmission of onscreen text and images in 4K while keeping the usability of the "3D-VWS."
In file-based products, being announced for the first time is the "MBP-500VS Series" of ingest and playout servers that support multi-channel. The 2U cabinet is equipped with multi-channel input/output codec and high speed storage functionality.