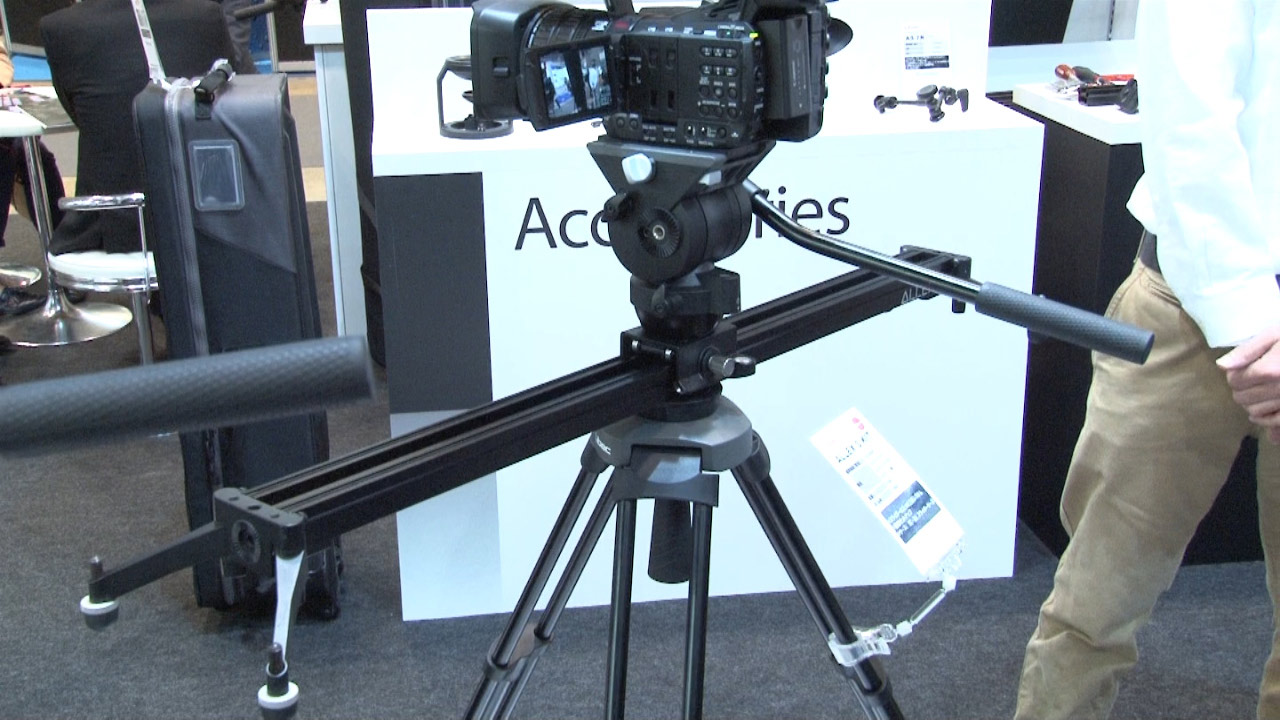 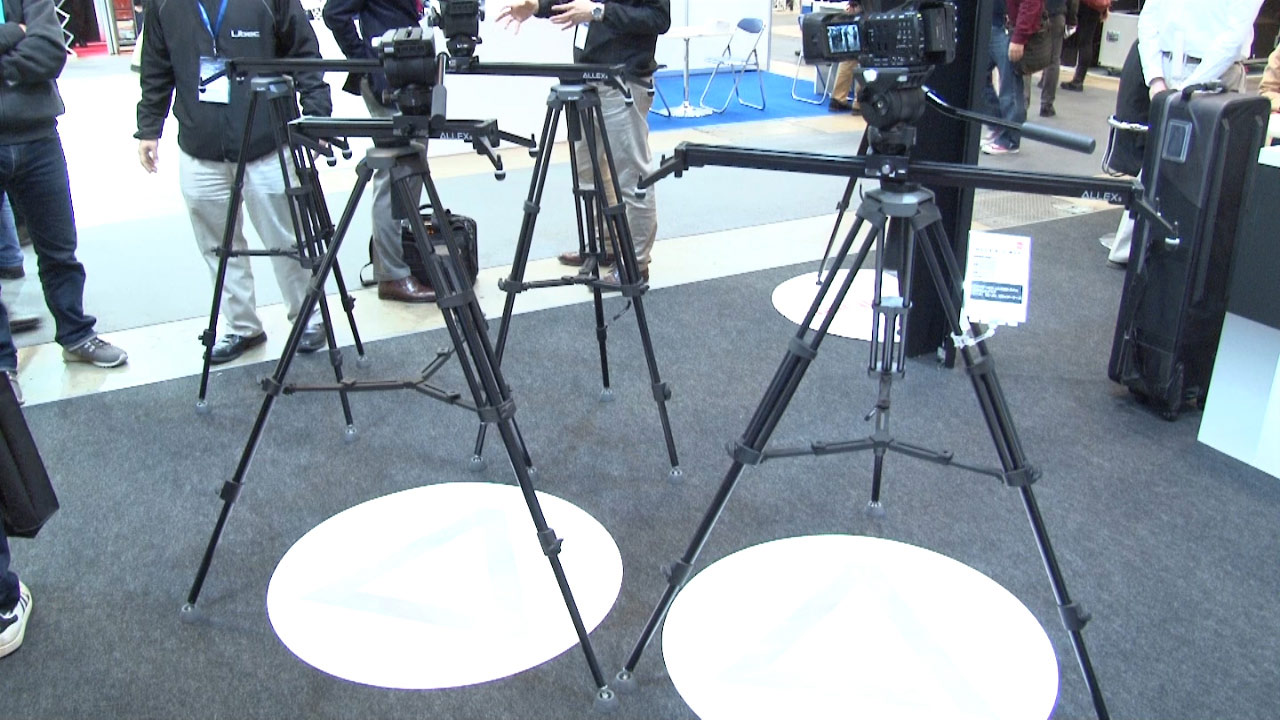 Heiwa Seiki Kogyu displayed ALLEX, a new tripod system that offers outstanding mobility, at their Libec brand booth at Inter BEE 2014. The product was developed for use with reflex cameras and small video cameras. Conventionally, tripods and sliders have been created seperately by manufacturers. This is the first tripod system by a Japanese maker combining both a tripod and slider. Eight ball bearings coated with a special grease allow for smooth, solid slider shots to be taken.

The newly developed dual head is compatible not just with video tripods, but with flat-base tripods as well. The entire system was designed with lightness in mind, weighing in at a mere 5.8kg. Additionally, it is equipped not just with a conventional 80cm slide rail, but also 40 and 120cm variations, allowing for user customization. The company also displayed jib arm remote heads and various types of rails.