【Pre Inter BEE 2013】 ETANI Electronics will present a practical system that can make a contribution to good "sound creation" by demonstrating how to improve a sound field with its acoustic instrument, the ASA-10 Mk II. 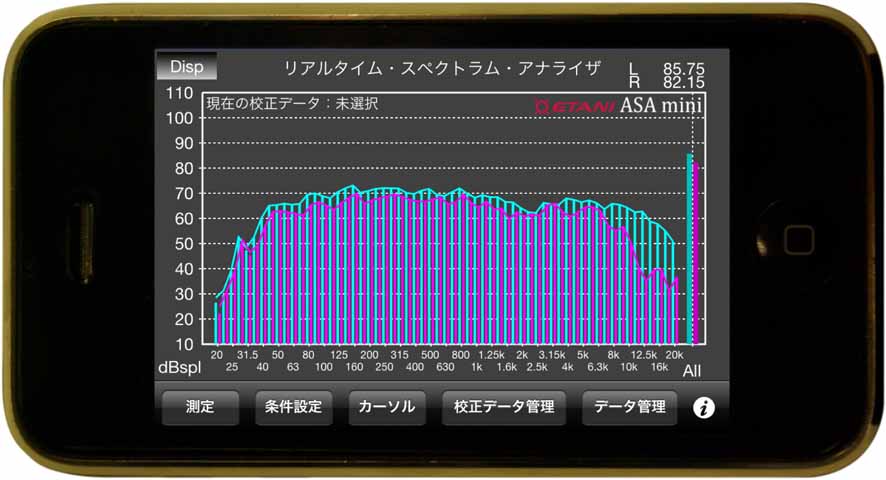 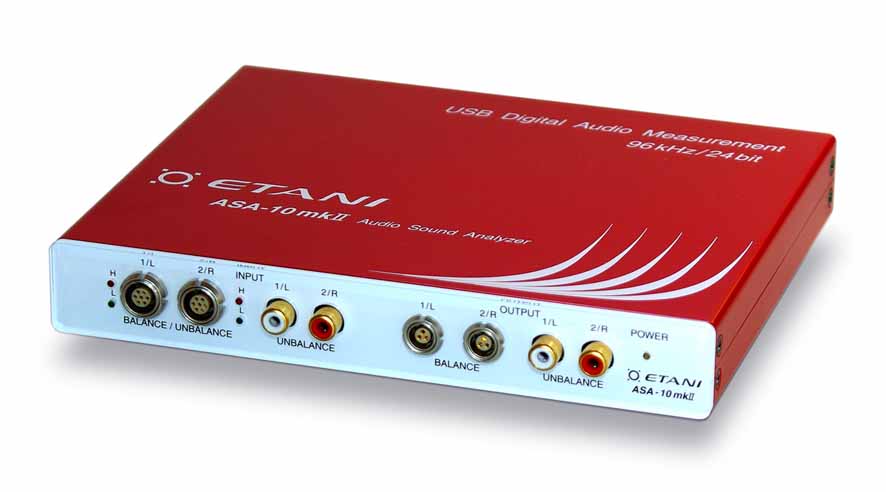 Screenshots from the sound design system (currently being developed)

ETANI Electronics (Professional Audio Equipment, booth 4509) will display a large number of products for "sound creation," including devices for digital signal processing, sound measurement and analysis, and the processing of acoustic signals. Its acoustic instruments, including the ASA-10 Mk II and the ASA-mini, form the centerpiece of its product range.
There will be demos at the booth showing how to make use of the results of acoustic measurements to improve a sound field.
In addition, a presentation is planned on Thursday, November 11th starting at 14:30 in the Presentation Room of Hall 7 titled "A Measurement-Linked Sound Field Correction System — Simultaneous Adjustment of Magnitude and Phase Frequency Response." More specifically, a highly evolved system using FIR filters that has been developed by the company over many years, will be presented. The system is distinguished by its ability to simultaneously adjust magnitude and phase frequency response. It will be demonstrated how impulse response is measured and corrected, and it will be possible to listen to and compare sounds before and after correction.
(The above photo shows an example of an ASA-mini measurement screen.)

* The ASA-10 Mk II: able to measure distortion as well as speaker response
The ASA-10 Mk II is an audio sound analyzer which is able to analyze 96 kHz / 24-bit audio. It is a compact unit which operates on USB power. The device features a range of input and output terminals, including balanced line, coaxial digital, and optical digital terminals.
Naturally, it measures speaker response, but it is distinguished by also being able to measure speaker distortion. The device implements all of the following features: simultaneous two-channel measurement, real-time spectrum analyzer, impulse response measurement and sonar ranging, sound pressure measurement, and graph printing capable of displaying multiple frequency response graphs on a single chart.

* Sound measurement can now be done with iPhone, iPod touch, or iPad.
The ASA-mini is an app for sound analysis which runs on the iPhone, iPod touch or iPad. This makes it possible to apply the measurement and analysis technology of the ASA series of devices anywhere, and at any time. In addition to being able to switch between 1/1, 1/3, and 1/6 octave bands, if pink noise is played on a CD, it is possible to easily measure the frequency response of the sound field. Using this makes audio equalization easy to accomplish. However, because the device's built-in microphone is used, performance depends to a large extent on the microphone. For this reason, the company offers a microphone (sold separately) and calibration data. Using this, automatic correction of microphone characteristics can be done by means of the microphone calibration data.
The ASA-mini series can be downloaded free of charge from the Apple App Store. There is also a version without restrictions on functionality which can be purchased from the App Store.
A new sound design system currently being developed is planned to be exhibited at the booth. Convolution formulas are the basis of this multipurpose, high-precision sound field improvement system. The company reports that an FIR filter they have developed delivers a high level of correction performance, making high-precision improvement of sound fields possible.

At Pre InterBEE 2013 there will be information about the displays of companies exhibiting at InterBEE 2013, which is to be held during the three days of November 13th-15th at the Makuhari Messe International Convention Complex in Chiba.