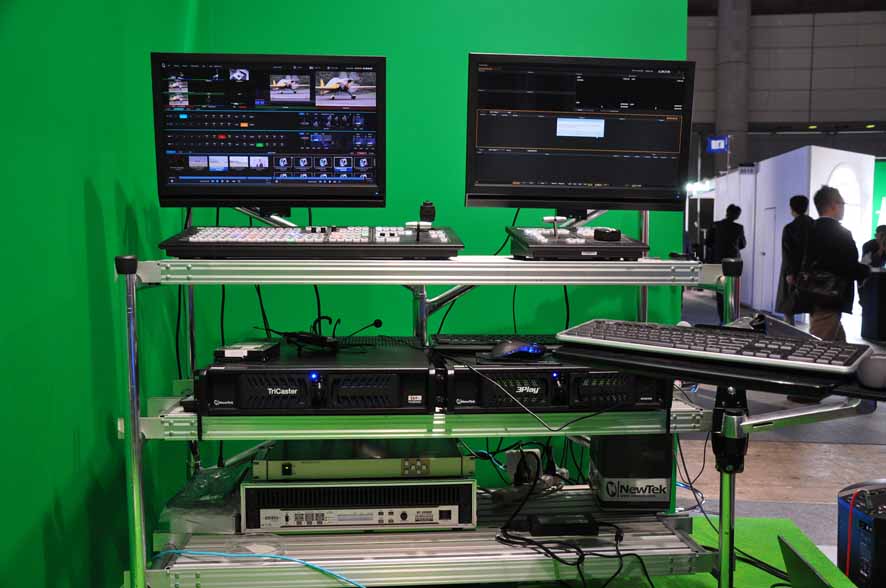 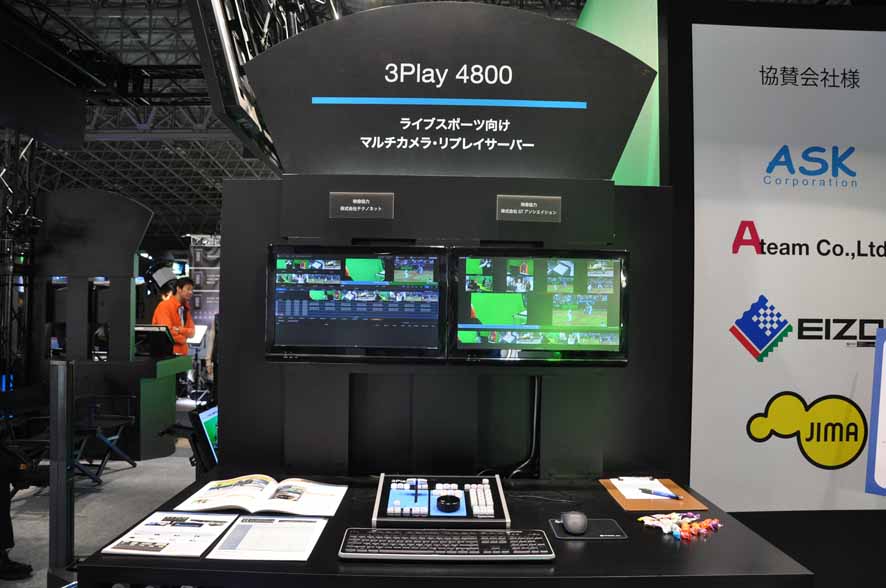 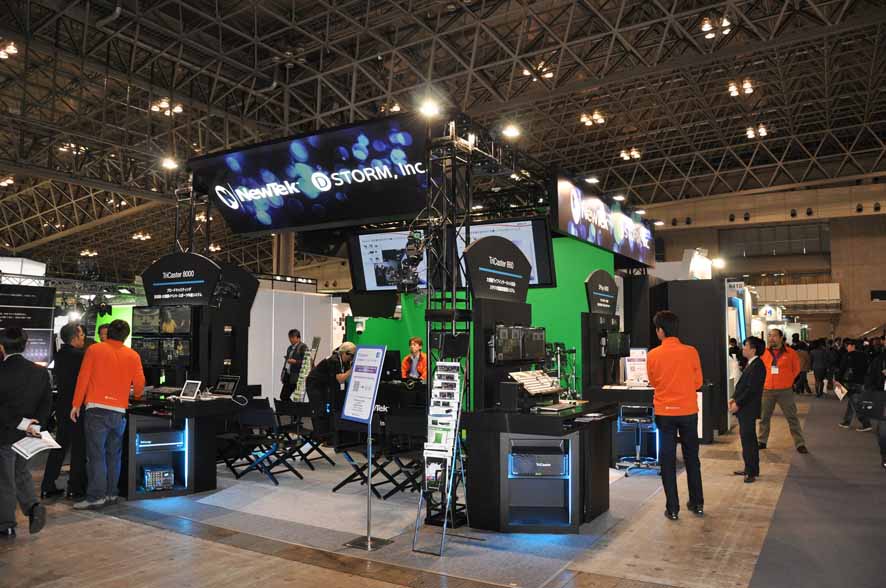 ■New TriCaster lineup on display
Unveiled for the first time in Japan, the TriCaster 410 is the entry model in NewTek's TriCaster lineup, and is a 15-channel production switcher with a 4-channel M/E bus with support for HD-SDI input and output. The price, including controller, starts at 2,480,000 yen.
The TriCaster 460 replaces the TriCaster 455, while the TriCaster 860 replaces the TriCaster 855, and both new models include enhanced functions such as virtual camera moves and MIDI controller support.
In addition, the TriCaster 8000 has seen similar function enhancement, such as live, composited multi-layer video with 8 re-entrant M/E rows, virtual studio sets with up to four live video sources, support for live anaglyph 3D video, remote audio mixer control via an Apple iPad remote mixer application, and compatibility with MIDI controllers (USB interface). DStorm also pointed out that the system has been made compatible with Sony and Panasonic network camera control. On the booth stage, they have assembled a studio set built around the TriCaster 8000, using a MIDI pad for switching. "Using a MIDI pad makes it possible to easily switch just by tapping the assigned buttons. Now people who couldn't previously use switchers are able to operate them," explained DStorm.

■ 3Play 4800 makes slow motion replays easy
NewTek's 3Play can be used on-location by sports broadcast networks, sports leagues, teams, and schools for multi-channel HD/SD video replay. "Lately, there have been more inquiries from cable television stations doing live broadcasts of local events, such as high school baseball qualifiers or soccer matches, saying they want to use slow motion in their live broadcasts," DStorm explained. Additionally, they said the device has been praised for being compact and easy to move.