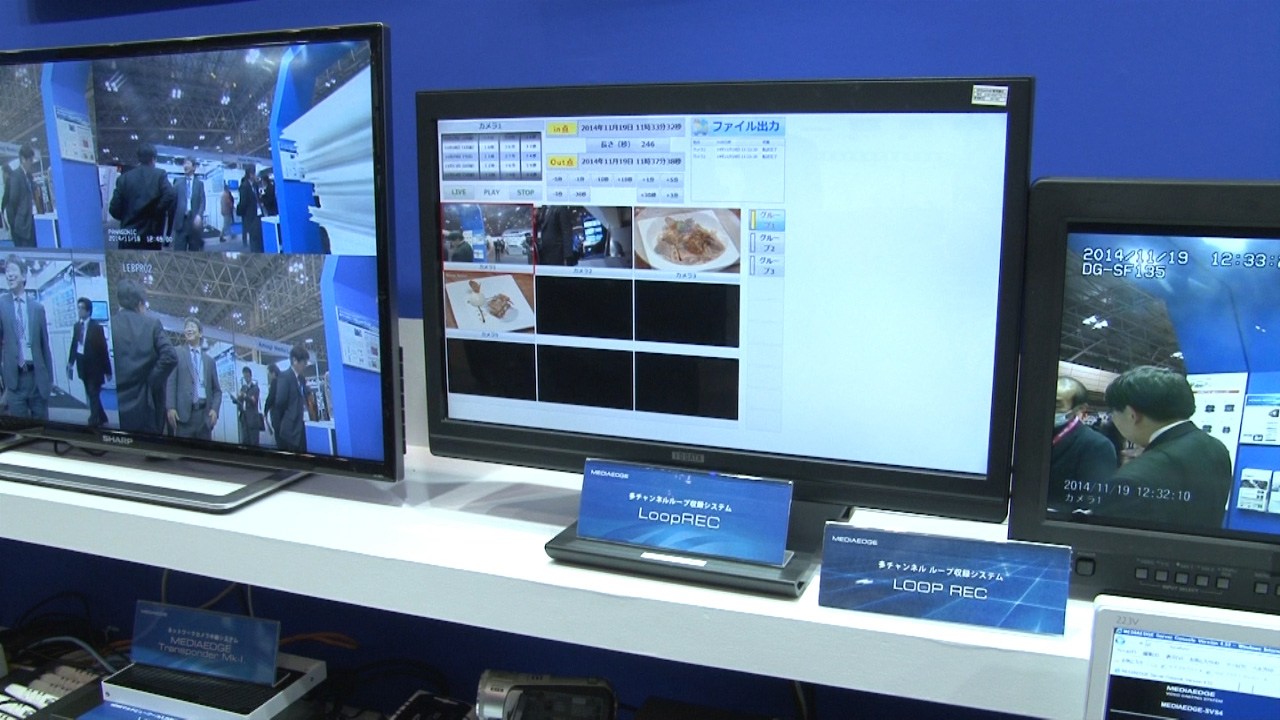 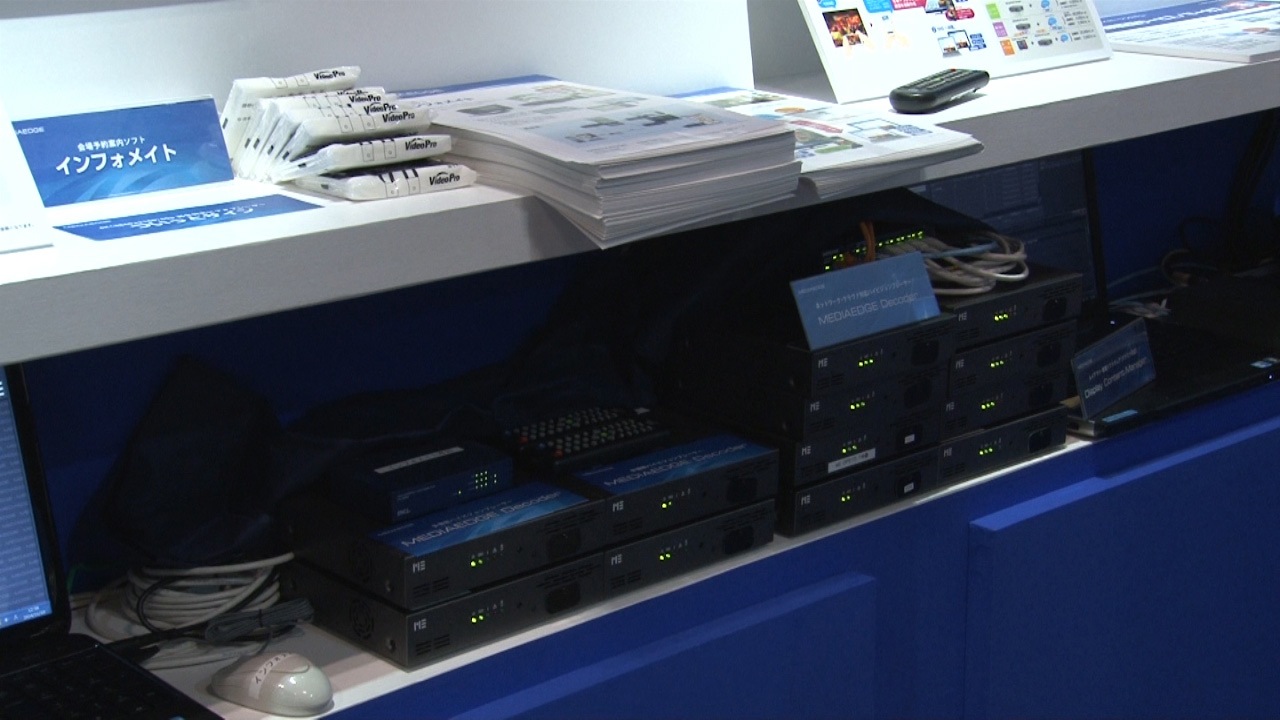 Featuring a theme of "Broadcasting & Networks," MEDIAEDGE (booth no.: 6003) is showcasing a variety of exhibits focused on a combination of network and broadcasting equipment. The company has developed a network camera that can provide displays using direct video signals. The camera is capable of display even when linked with equipment from a variety of manufacturers. The camera displays recording & transmission interfaces, as well as a file management interface.
The Loop Rec System, dubbed an "earthquake recorder" in general parlance, provides 24-hour continuous recording; it has won this year's top prize in the Technology division from the Japan Commercial Broadcasters' Association, as well as the Award for Technological Development from the Motion Picture and Television Engineering Society of Japan. The device performs a variety of functions, such as calculating latitude & longitude for each site at which it is stationed, sensing tremors, and automatically transmitting its data.
An XAVC file player that can take advantage of 4K channels and a HEVC file player, anticipated to be released this year, were also on display for reference. A display powered by a multinet news network decoder with eight-screen simultaneous decoding capabilities was also exhibited.