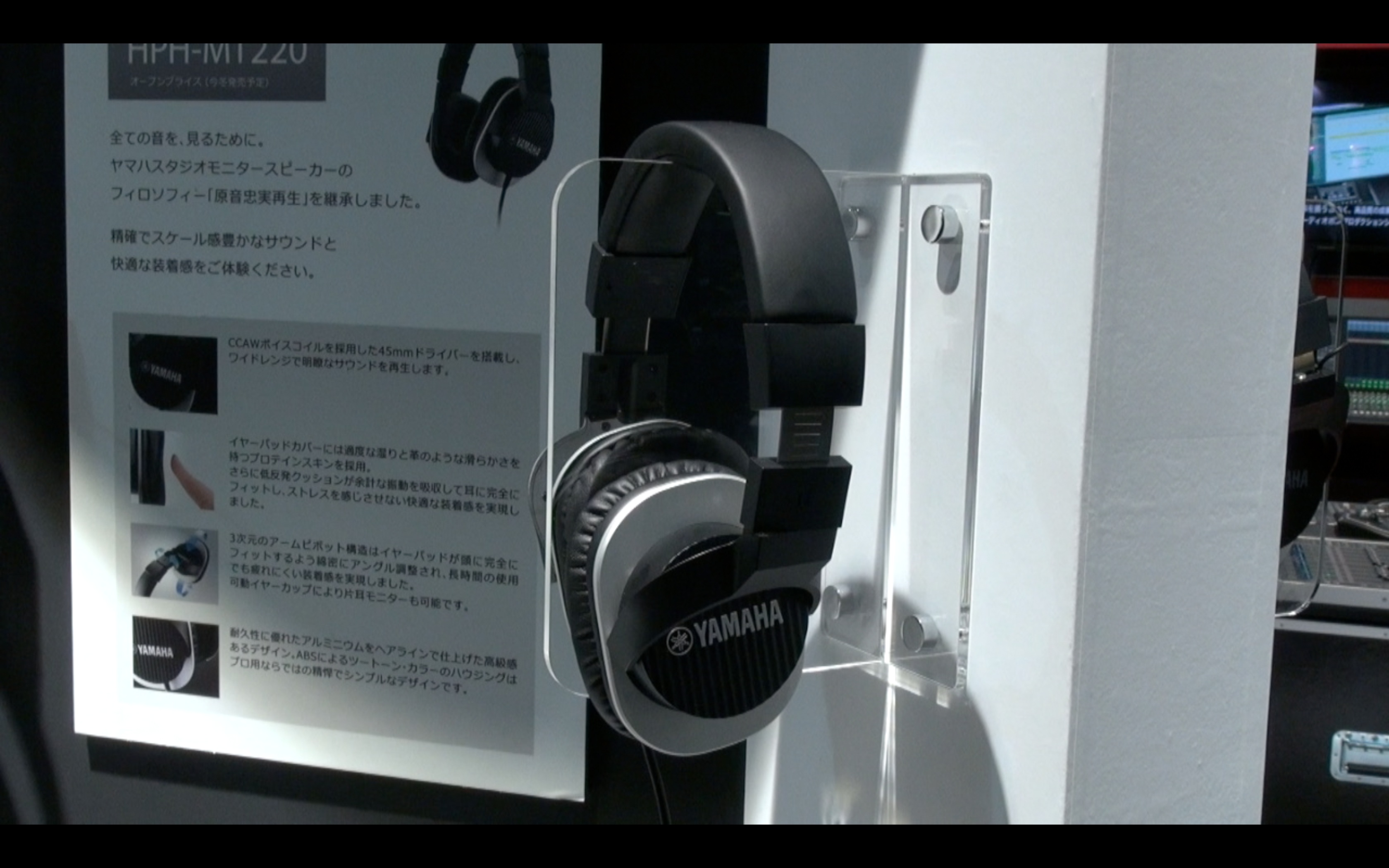 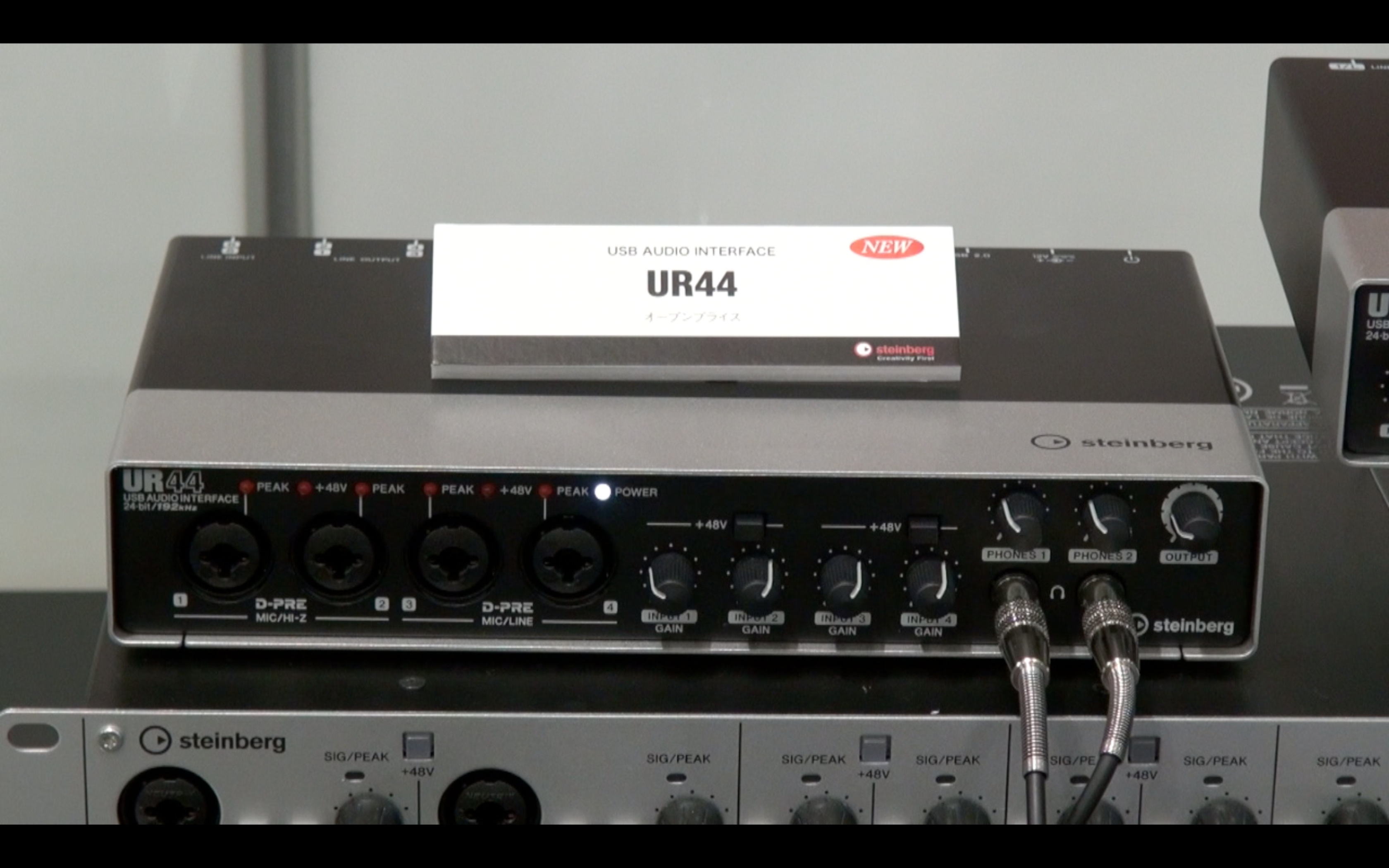 Yamaha (Booth: 4310) currently markets their products under the "Connect with Experience" theme, and is conducting a comprehensive exhibit in which they provide know-how and solutions through seminars, as well as system proposals, that go beyond the boundaries of product displays. This year, they are displaying their greatly expanded lineup of products and systems solutions for commercial spaces.
Yamaha-brand products are displayed by product type for easy recognition. The main products on display are the CL series of digital mixers, which has been well received around the world since it went on sale in 2012, and the R series of I/O racks. Also featured are the MGP-series analog mixer, which fuses analog and digital signals at high dimensions; the HS-series monitor speakers, which have been reborn through further polishing of their genuine audio reproduction capability; the DXR/DSR-series powered speakers with optimized sound quality, sound pressure, reliability, and versatility; and other such products . They have created their exhibit so as to allow as many visitors as possible to “see,” “listen,” and “feel” their products.
They are also displaying new products, such as the VXS/VXC-series speakers made for commercial spaces with both low/high impedance compatibility and high sound quality, the MTX-series matrix processor that satisfies the basic sound system demands of commercial spaces, and the low/high impedance-compatible XMV-series multi-channel power amp.
Steinberg has on display a variety of products mainly focusing on the high-end audio production system Nuendo6 and the NUAGE platform hardware that brings out the full potential of that system, as well as the DAW Nuendo Live optimized for multi-track live recording with select recording functions, simple operability, and high reliability. Also featured is the Cubase7 audio creation software, a standard in audio creation as it has the highest level of audio quality and intuitive operability while also having an ample number of function groups. They also have WaveLab8, loved around the world as a waveform editing and mastering software, the VST sampler HALION5, which brings sound creation to all-new levels, the VST workstation HALION SONIC2, and the UR-series USB audio interface.
NEXO is focused mainly on displaying the new NEXO STM-series speakers, which possess incredible scalability for a wide variety of uses at functions ranging from a few hundred to tens of thousands of people.
In addition, they are also exhibiting the newly released LS18 18-inch single subwoofer featuring a compact frame that produces amazing acoustic pressure, in addition to flying and stacking capabilities achieved through direct connection to the line-array type GEOS12 system via an optional rigging plate. They are also displaying the powered TD controller NXAMP, which is the core of NEXO sound; the NXDT104 Dante-compatible card for NXAMP use; the original line monitor 45°N12; and more.
Moreover, the company holds ongoing seminars as part of their "Yamaha Sound Seminars," in which they introduce examples of digital audio networks, demonstrate basic system creation strategies utilizing new Yamaha products for use in commercial spaces, introduce practical techniques for all of Steinberg’s software, offer explanations of the firmware that forms the core of NEXO sound, and more.