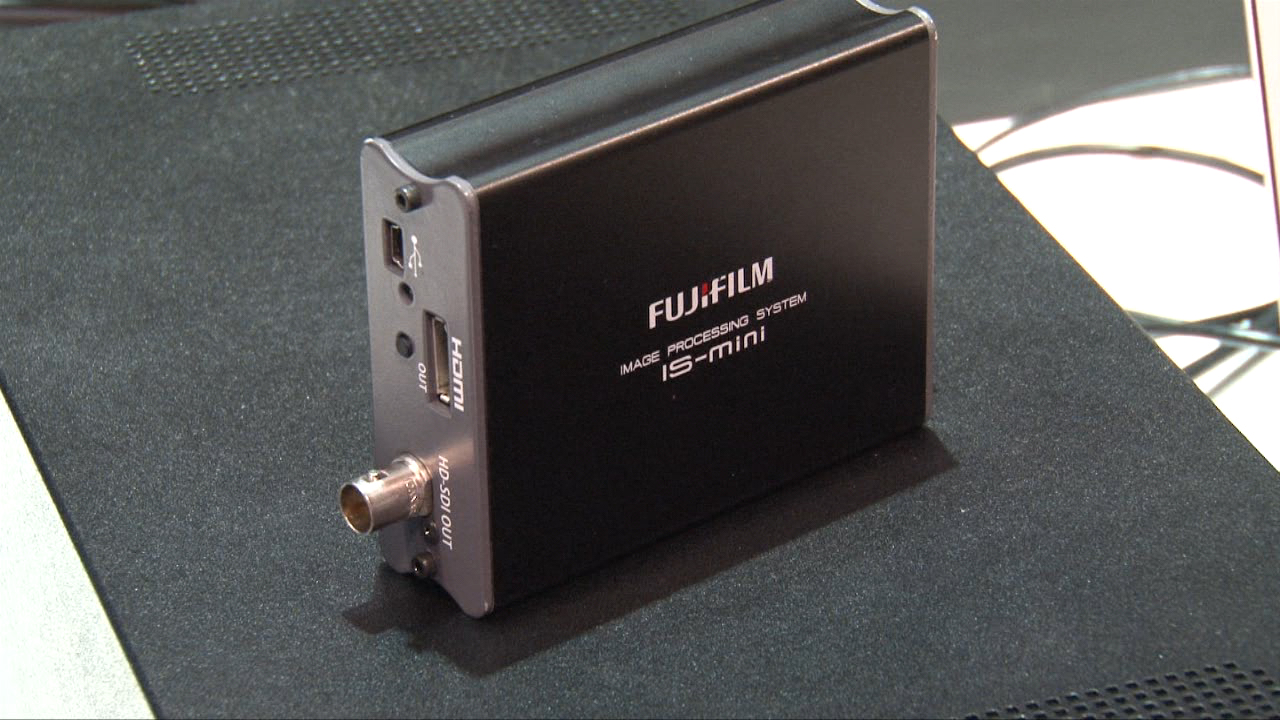 Fujifilm Imaging Division (booth: 6505) is displaying two products: the IS-100, which was released for sale in November last year, and the IS-mini, released in June this year. The concept of the booth is to present Fujifilm's 'Color Creative Technology as a revolutionary tool for film creators'. The IS-100 and IS-mini are color management systems for digital video production which make it possible to have very precise control over color in the filming of movies, television programs and commercials.
The equipment on display is intended to be of interest to people involved in the creation of movies, commercials, and TV dramas – in other words, content where the creation of pictures and the creation of colors are important.
The IS-100 has a new feature known as film-look simulation, which reproduces the look of analog color negative film used in shooting movies. This feature was used throughout the movie 'The Kiyosu Conference', which has been screening since November 9th. A video showing how images are altered with this effect is showing in the venue.