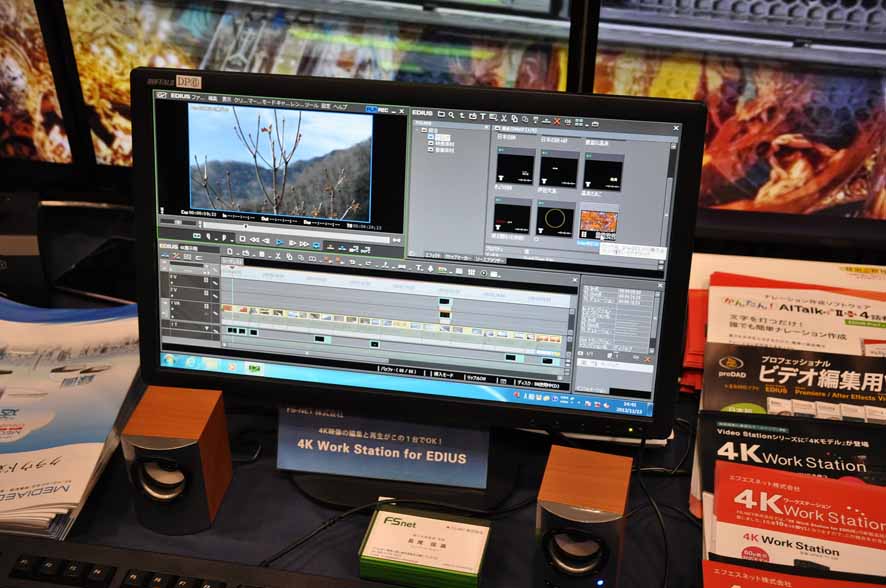 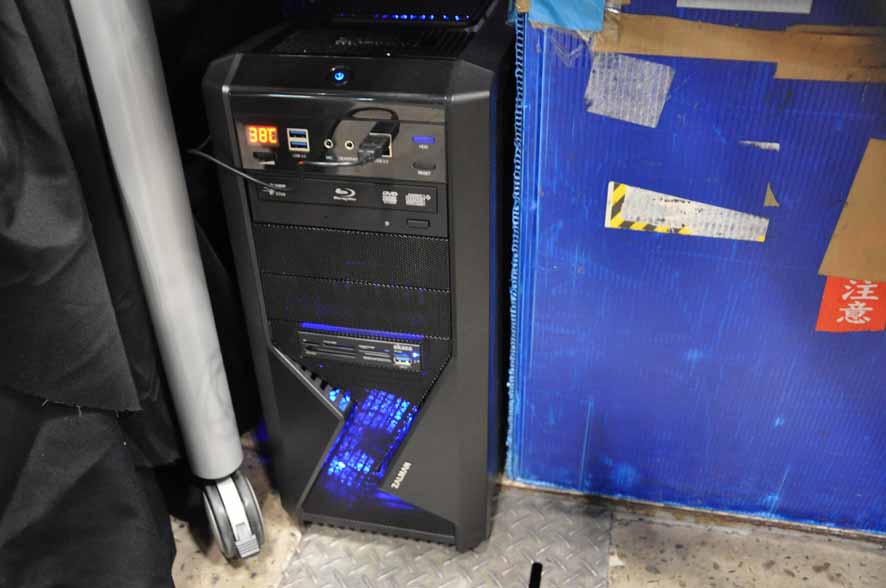 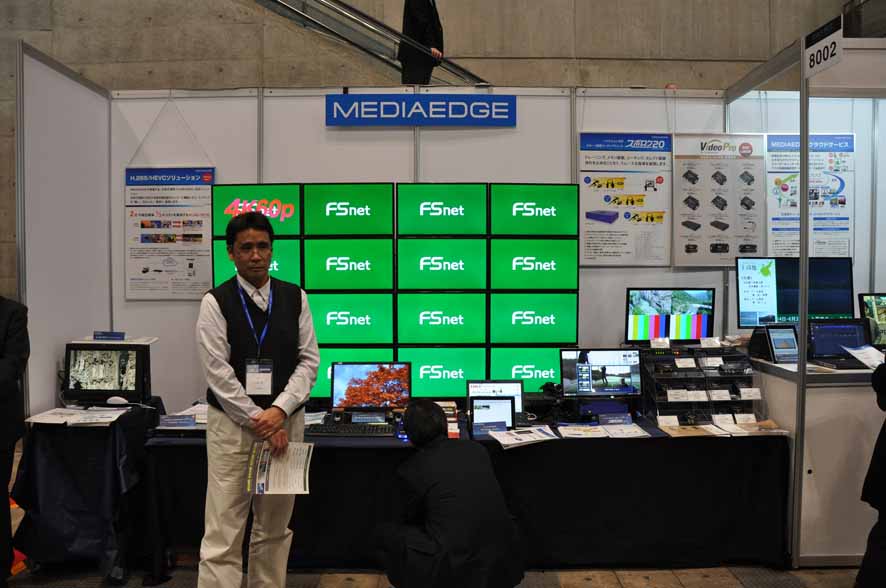 FS-NET (booth #8002) showcased its EDIUS workstation capable of 4K video playback, the “4K Work Station for EDIUS,” and gave a demonstration of 4K video playback with EDIUS Pro 7 (above photo), both at its booth at Inter BEE (held for three days from November 13th to 15th at Makuhari Messe in Chiba).

■ “4K Work Station for EDIUS” editing machine capable of 4K playback was on display
FS-NET is selling a 4K-capable version of its EDIUS workstation, under the name “4K Work Station for EDIUS.” The 4K Work Station for EDIUS is an editing machine capable of 4K playback, with a 4th generation Intel Quad Core processor as its CPU, 64-bit Windows 7 Home Premium as OS, equipped with RAID 0 4TB HDD (2x2TB) and a Blu-ray multi drive for handling data, and loaded with EDIUS Pro 7 editing software.
4K footage shot with a 4K camera can be captured on this workstation, edited using EDIUS Pro 7, and shown on a 4K-capable display via smooth playback as 4K video with a resolution (3840x2160) four times that of Full HD on Windows Media Player, which is loaded on Windows as standard software. Models include the SSD-equipped 4KWS-T1 and 4KWS-T2SSD, as well as the HDD-equipped 4KWS-T2HDD.
At the booth, there was a demonstration in which 4K video footage, shot with a 4K camera and captured on the workstation, was played back via Windows Media Player in a preview on EDIUS Pro 7.

■ Includes software with some of the functions of MediaEdge’s HDSS-4km4 4K player appliance
In order to play 4K footage on Windows Media Player, “we are using, as plugin software, some of the 4K60p playback decoder functionality built into the HDSS-4km4 4K player appliance developed by our parent company MediaEdge,” explained Kunimitsu Nagao, head of the sales department for eastern Japan. Mr. Nagao further explained, “With this plugin, it is possible to play even 4K video smoothly on current CPUs.” Moreover, he said they had already received multiple inquiries at this exhibition.