Inter BEE 2014 - LIVEGEAR displays the latest K-array speakers and original LEDs. The extensive lineup includes the “Liz-W," which is equipped with adjustable color and temperature zoom, and the “LizX4," which is becoming increasingly popular with broadcast stations 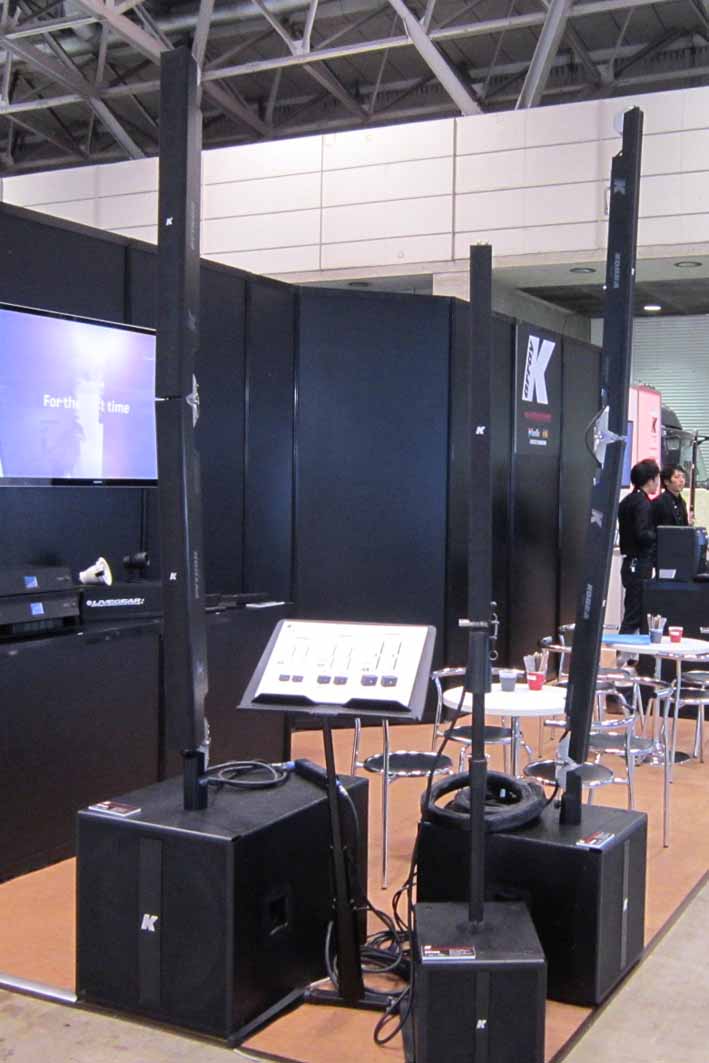 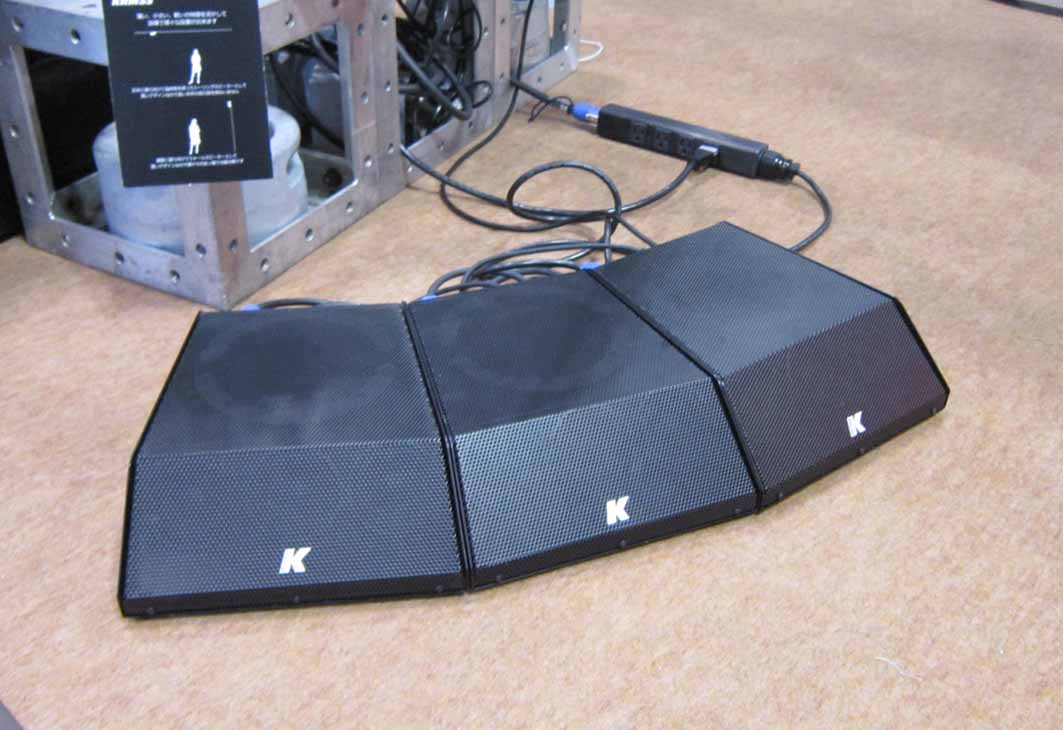 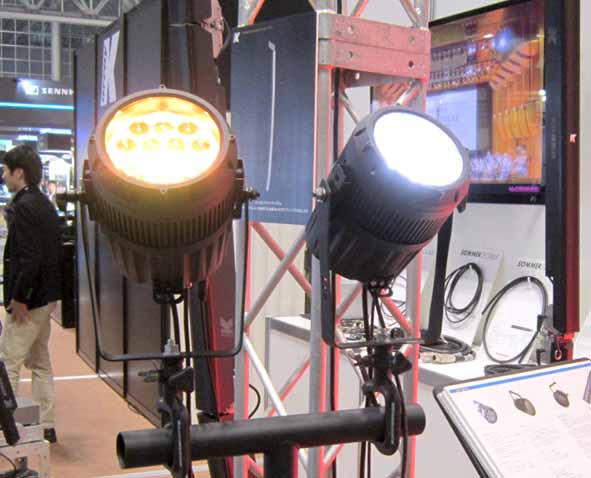 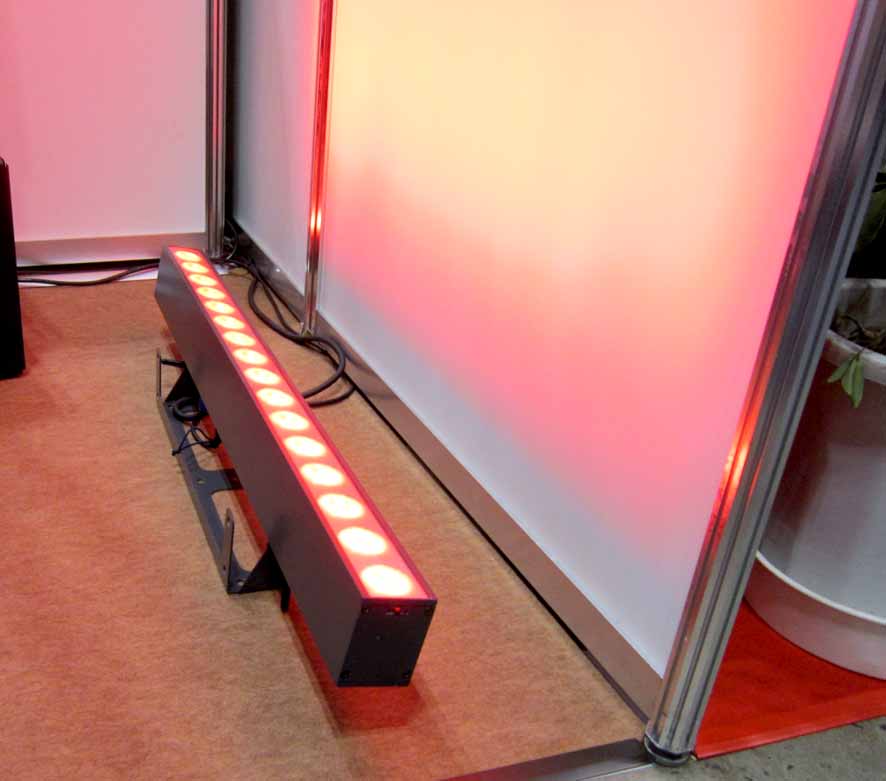 From November 19th (Wed) to the 21st (Fri), LIVEGEAR held an exhibition at the Inter BEE 2014. There, they showcased a wide range of products at their booth, including their independently developed LED lights, and the latest products from the Italian loudspeaker brand, K-array. K-array speakers are widely used at concert venues and event sites, whether they be indoors or outdoors. The original LEDs were developed and produced by BLUEWAVE TECHNOLOGIES, an affiliate company. All light components, including the body and lens, are original and have been tailored to meet the various requirements associated with usage in a Japanese environment.

■The many features that enhance “on-site ease of use”
The main attraction of the LED lineup was the "Liz Series," which incorporates DMX controlled zoom. Equipped with high-power RGBW LEDs, beam angle can adjusted between 10 and 40 degrees. From an impressive narrow beam to wash lighting that offers wide coverage, many forms of expression are now possible.
One item in the series, the “Liz-W," can be adjusted for color temperature in the range of 2700–6500 degrees Kelvin. Assuming it is used in public halls or other permanent settings, the light can be switched on by simply turning on the breaker even when the dimming console is powered off. This mechanism (EMG mode) provides instant light without the hassle of having to activate the dimming console. When the dimming console is later activated, DMX control mode takes over automatically.
Another showcased item was a 4-in-1 full color LED strip light, the “LiX4," which features 4-in-1 LEDs with large lenses aligned along a 1m-long bar. Beam angle is fixed at 11 degrees, but the appended lens filters enable wide beaming at 40 degrees. The device is suited for wash lighting in public halls and studios to mimic daylight (horizontal curtains), as well as for effective lighting in television studios and concert venues.
During development of the LEDs, the company pursued “on-site ease of use." The products incorporate solutions to tackle problems such as flicker and electromagnetic noise, and take suggestions from TV lighting engineers into consideration. Further, the devices continue to emit light specified in default settings even when control cables get disconnected. “They don't cause blackouts, so we can prevent major accidents from happening in the middle of a broadcast even if errors occur,” explained an expert. LiX4 has already been introduced to Nippon Television, with NHK also set to implement it in the near future.