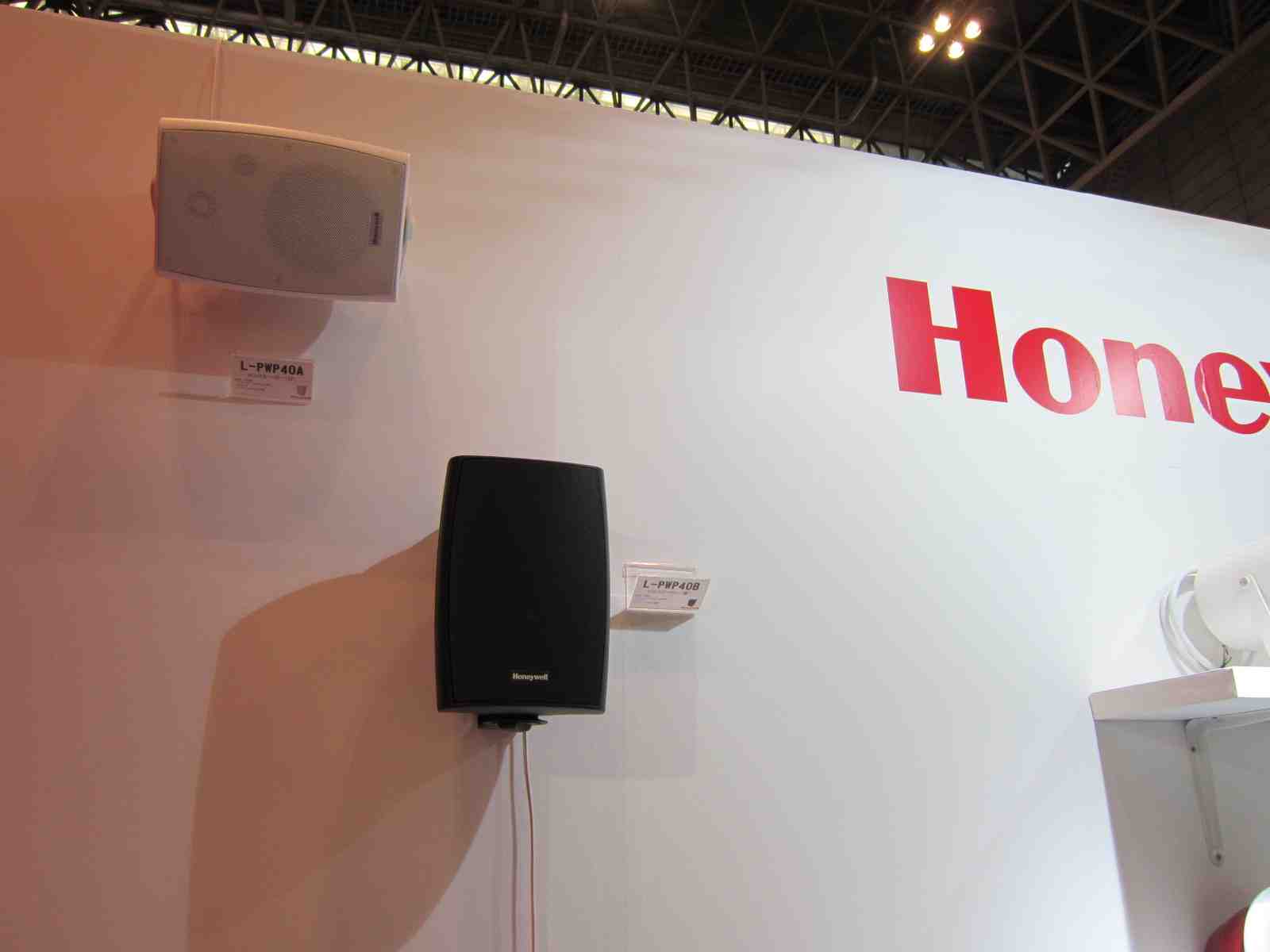 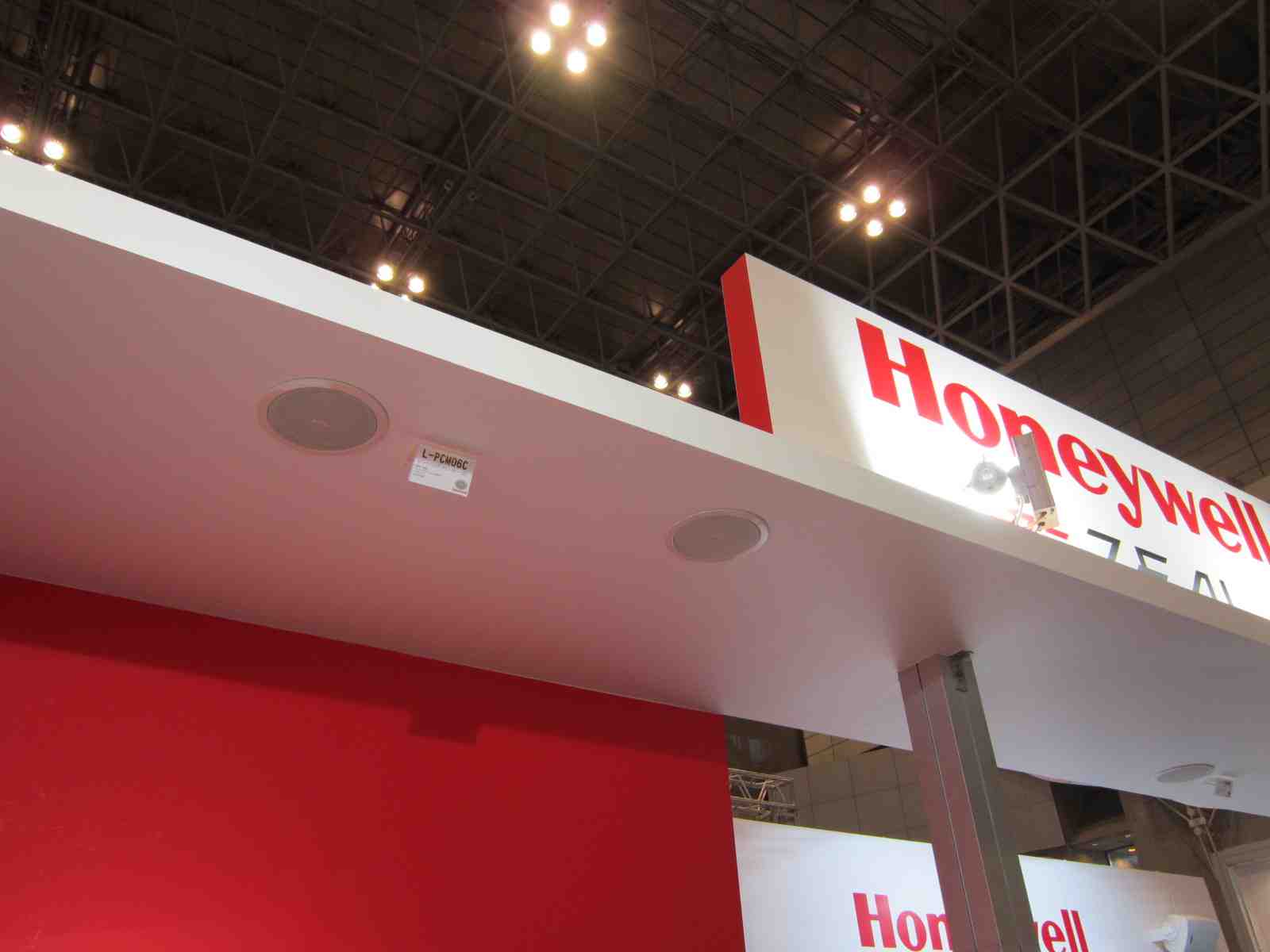 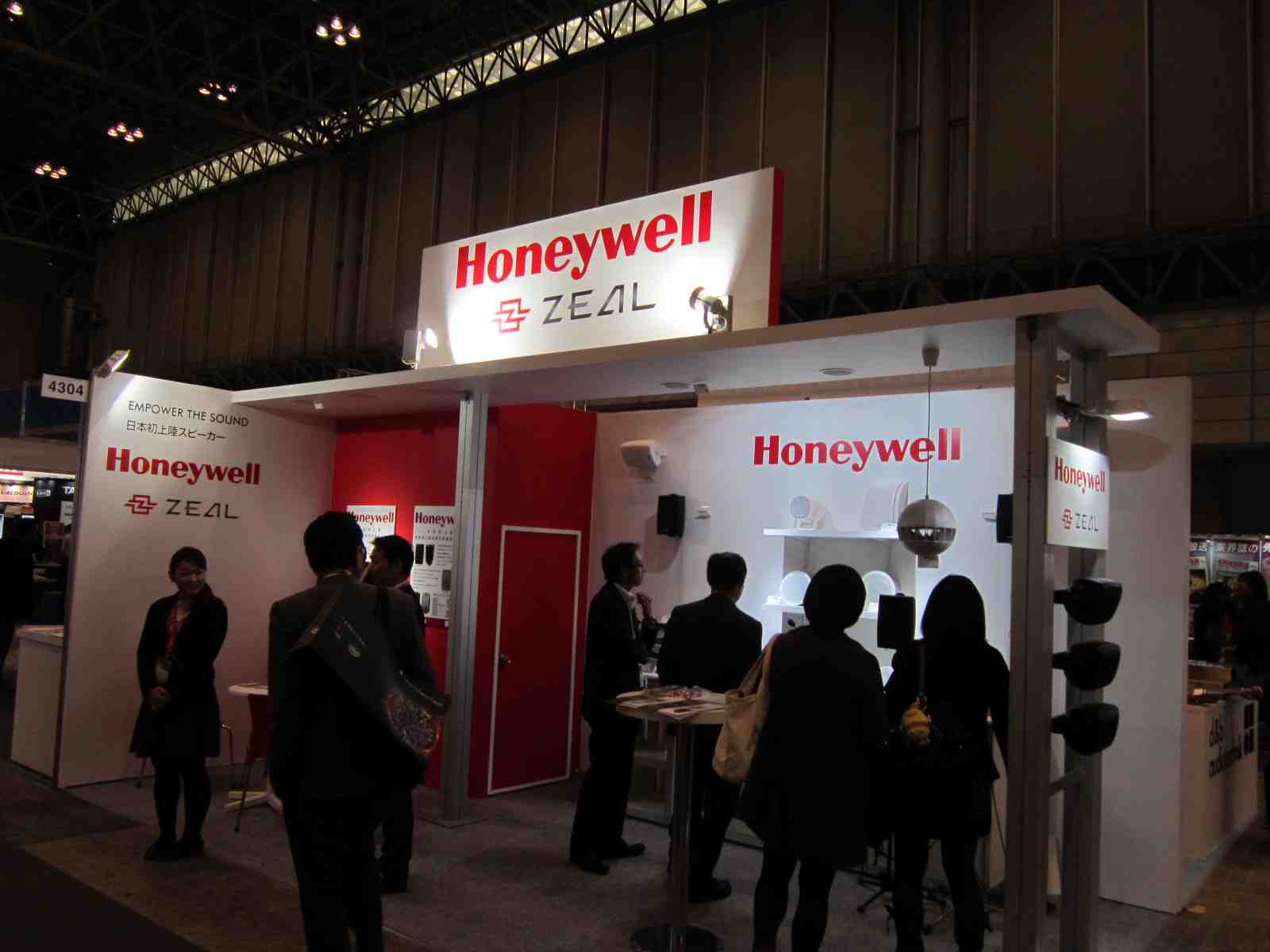 At Inter BEE 2013 ZEAL exhibited many of the speakers it distributes. The highlights were the ceiling speaker "L-PCM06C" and the box speaker "L-PWP40A/B" from Honeywell. According to staff, "Honeywell is not well known as a speaker brand in Japan, but is very well received abroad." This exhibition at InterBEE2013 was the first time that these Honeywell speakers were seen here in Japan (the above photo is the box speaker L-PWP40A/B).

■ A ceiling speaker embedded in the ceiling, which does not interfere with interior design
L-PCM06C is an embedded ceiling speaker characterized by a very high sound pressure level and a broad frequency range. It uses a dual cone speaker with stereo sound, and can address a wide area. Both high impedance and low impedance can be used.
Due to the flush mount system, the speaker can be used by just connecting the connectors, and complex construction work above the ceiling panels is not needed. According to personnel, "the speaker fits flat into the ceiling, and does not interfere with interior design." The speaker is designed for restaurants, beauty parlors, and other storefronts where interior environment plays a key role.
The product specifications are as follows: specified input 6W, maximum input 9W, specified impedance 8Ω (6W), output sound pressure level 92dB (1m, 1W@4kHz), frequency characteristic 150Hz-20kHz, size diameter 180 mm × thickness 55mm, weight 0.71kg.

■ Clear transmission of announcements is a key feature
L-PWP40A/B, on the other hand, is a box speaker which can be used in a wide variety of locations. The speaker maintains fidelity even in the low-frequency range, without variability. According to staff, "one key feature is that the speaker can transmit the human voice very clearly." Abroad, this model has been used in German airports, for an airport announcement system.
Given these characteristics, the speaker is intended not only for background music, but also for uses where the audibility of announcements is key. Inquiries have been received from wedding halls, karaoke boxes, and large-scale supermarkets.
The product specifications are as follows: specified input 40W, maximum input 60W, specified impedance 8Ω (40W), output sound pressure level 86dB (1m, 1W@4kHz), frequency characteristic 100Hz-20kHz (-10dB), size 172mm × 302mm × 165mm, weight 3.2 kg.
Zeal is the official dealer for Honeywell audio devices in Japan. Sales and installation will be handled domestically through USEN.