[Inter BEE 2016 TV] Carina System exhibits products including "CM Replacer," which works with the use of signals like inter-station control signals and APCs; demos numerous cases including installation by and co-development with broadcasters 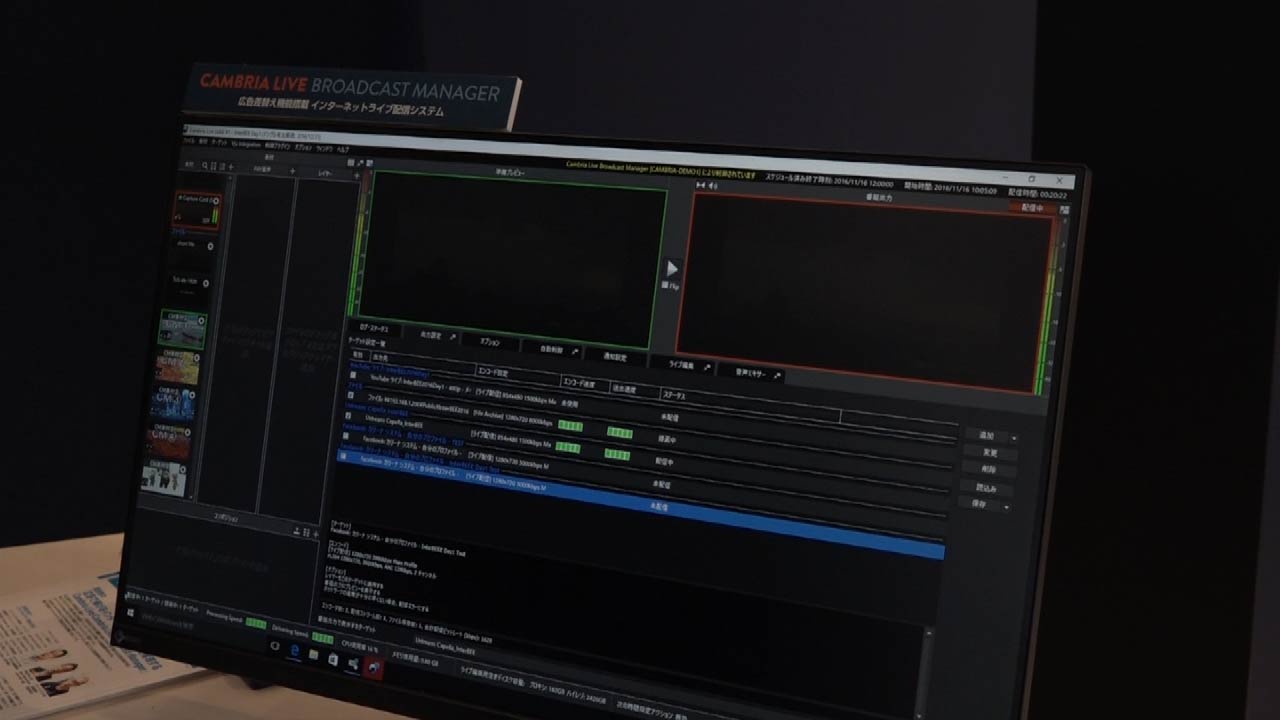 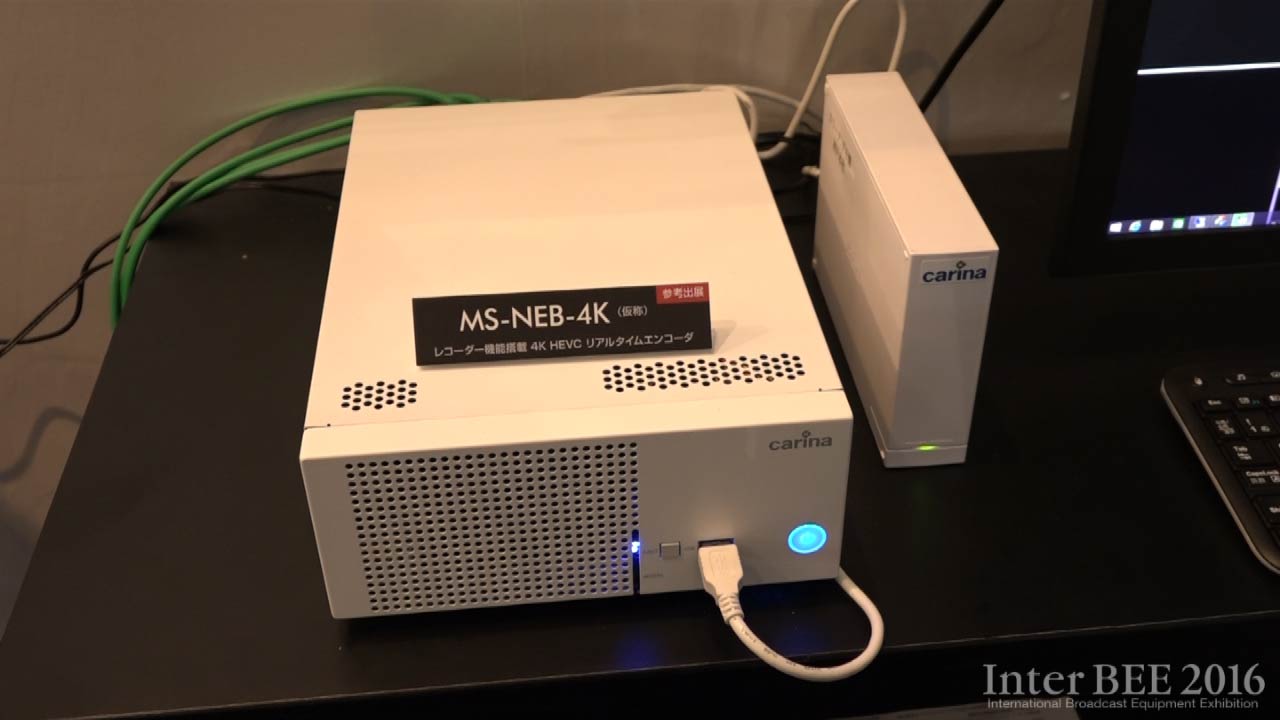 At Inter BEE 2016, held for three days from November 16th (Wed.) to the 18th (Fri.) at Makuhari Messe, Carina System exhibited "CM Replacer," which works with the use of signals such as inter-station control signals and APCs, as well as "Cambria Live," which works with the ad insertion features of the SSAI (Server-Side Ad Insertion)-compatible Brightcove and Ooyala. At their booth, Carina System presented real-world usage examples from TV Tokyo and Mainichi Broadcasting System.
The company also presented displays of its "Simulcasting and VOD System," which is suited to internet rebroadcasting and sports broadcasting, and its "Simple Close-Up System," which was co-developed with Fuji Television. They also provided a reference display of the "MS-NEB-4K" (temporary name) 4K HEVC real-time encoder, which is equipped with recording functionality.

The main products exhibited were as follows:

•Cambria Live
Live internet broadcasting system compatible with "CM Replacer," which works with signals such as inter-station control signals and APCs.
In addition to working with the ad insertion capabilities of the SSAI (Server-Side Ad Insertion)-compatible Brightcove and Ooyala, this system is capable of simultaneous streaming to Facebook Live, YouTube Live, Ustream, and more.

•Simulcasting and VOD System (intra-station HLS rebroadcasting / simultaneous recording & time-shift highlight editing)
This solution is well suited to internet rebroadcasting and sports broadcasting.
Carina System also introduced its content archive application live encoders for simultaneous recording, including "ClipCutter," which is capable of time-shift editing with instant scene editing during recording. This exhibit was combined with a demo of real-life usage examples, as this system has been brought in by Mainichi Broadcasting System and used for select high school baseball.