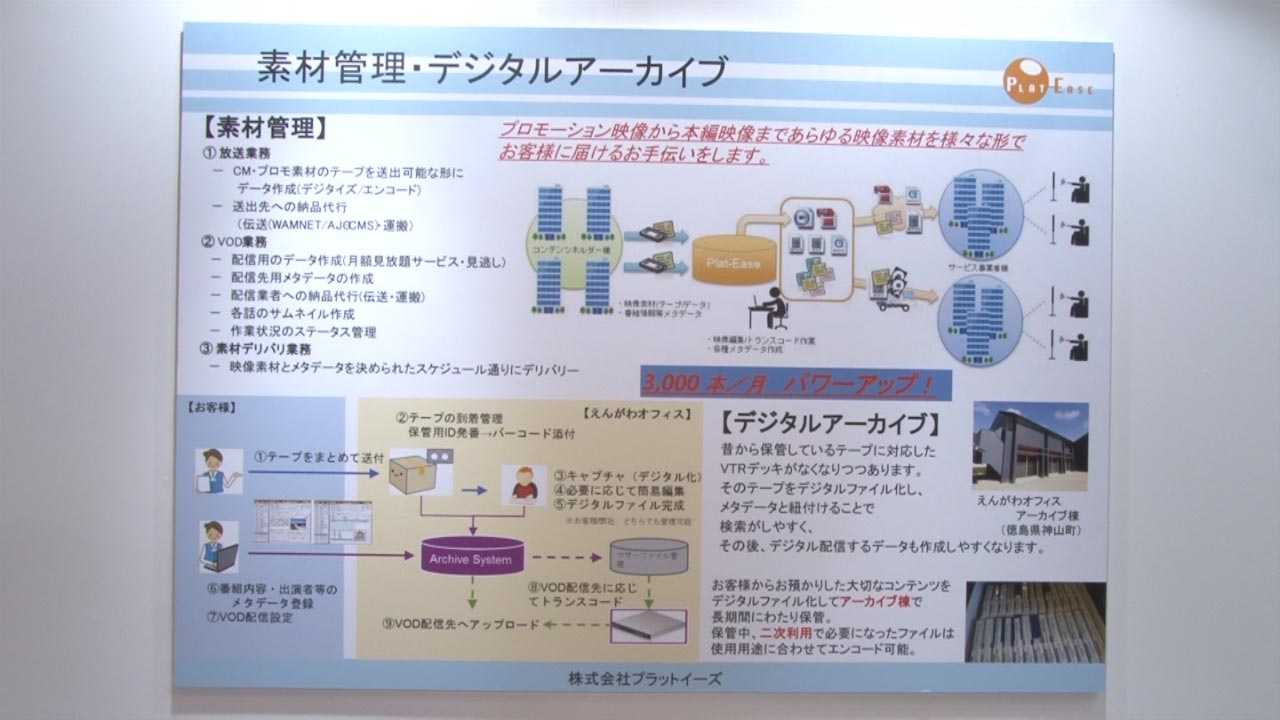 At Inter BEE 2015, Plat-Ease (ICT/cross-media, hall 6, booth #6403) exhibited its metadata API, a solution for today's growing needs for program metadata, as well as Channel Navigator, a tool that ties in with EPG data, VOD, and recommendation data. Also shown was AD Koala, a tool designed to help advertisers manages their workflows.

Plat-Ease is widely engaged in managing television program and video content information, developing broadcast systems, and working in the broadcast sector. One of its major focuses of late is services for the management of video assets. The company also acts as an agent for broadcasters and content creators, managing the process of converting and archiving data related to broadcast and VOD assets. It supports different formats for each VOD provider, going beyond simply creating the data -- Plat-Ease creates thumbnails for each episode in a series and manages delivery status of assets. The company is now underway with plans to increase its infrastructure to digitize, transcode, and add metadata to a library of over 3,000 titles per month.

The company's satellite office in Kamiyama, Tokushima was opened in 2013 and has a dedicated archival building for the long-term storage of asset files in a safe and secure manner. In addition, the Kamiyama office is now working on 4K asset digitization and distribution and usage schemes for 4K/8K content. In December, it will simultaneously host the Tokushima 4K Forum and 4K Tokushima Film Festival.