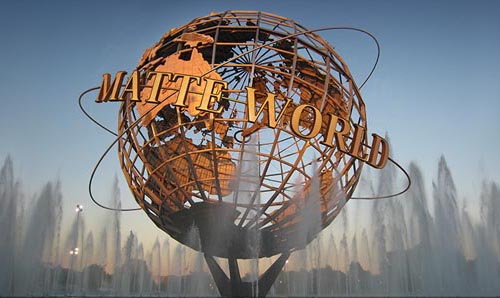 Founded by ILM employees who worked on movies such as Star Wars
On August 8, San Francisco-based Matte World Digital (MWD) pulled the plug on their main computer servers, bringing to a close nearly a quarter-century of contributions to the Hollywood visual effects industry.
MWD was originally founded as Matte World in 1988 by visual effects supervisor Craig Barron, matte painter Michael Pangrazio, and effects producer Krys Demkowicz. It was based in the small VFX studio in Marin County, California.
Barron and Pangrazio came from Industrial Light & Magic (ILM), where they worked together on such ILM golden age hits as Star Wars Episode V: The Empire Strikes Back, Raiders of the Lost Ark, and E.T. The Extra-Terrestrial.

Since its founding, MWD's selling point was its detailed matte paintings. These special effects were initially painted on glass canvases, photographed, and merged with other footage using an optical printer in a process called optical compositing.
Then the 1990s brought a digital revolution to Hollywood. Special effects shot with cameras were replaced with a new technique - printing digital images processed on computers, onto film. It was about this time that the term special effects morphed into visual effects.
Special effects studios that failed to keep pace lost out. To cope with this rough period, MWD switched to digital compositing and thus survived. In 1992, it even added Digital to its name.
The new name then made frequent appearances in the end credits of major Hollywood features and hits, putting the company on a sound financial footing.
The list of films that MWD worked on over the past 25 years is a long one. An archive remains on their website.

Then the globalization wave, which had been gradually surging since 2006, hit. Movie studios started to contract their visual effects overseas in order to take advantage of attractive tax incentives. Domestic visual effects studios,in an effort to compete, got caught up in price-cutting wars.
Old school special effects required only a glass plate and paints. Digitalization brought with it skyrocketing technology maintenance and R&D costs, thus putting smaller studios at a competitive disadvantage.
San Francisco's 'The Orphanage' and Santa Monica's 'Asylum VFX' are among recent memorable examples of studios falling victim to globalized price wars, and the economic downturn.
Now, on August 8, during this year's SIGGRAPH computer graphics conference, MWD has quietly put an end to its 25-year history. The company's official website [http://www.matteworld.com/] is still live and in the form of the 'Matte World Digital Archive'. The website now tells the history of how matte painting went from glass canvas, to digital.
Just prior to MWD's closure, the news that Fuel VFX, the Australian visual effects studio that worked on Prometheus, had folded sent shock waves throughout the Hollywood visual effects industry.