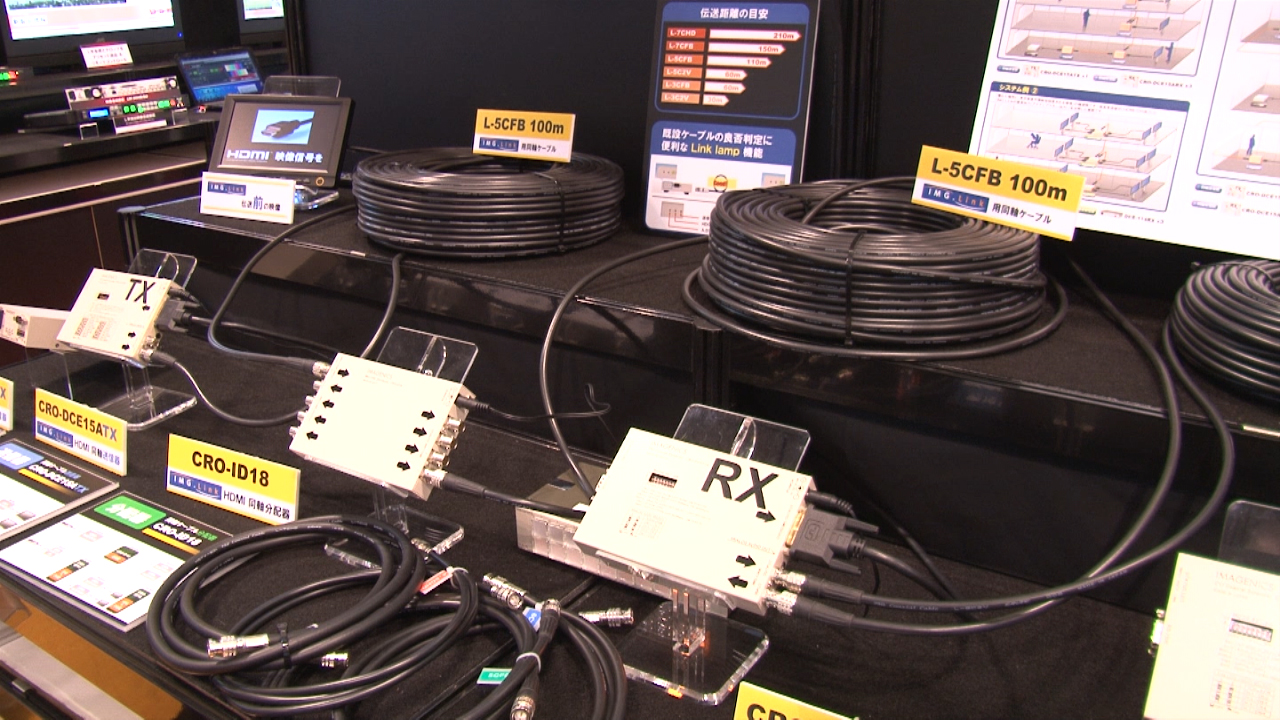 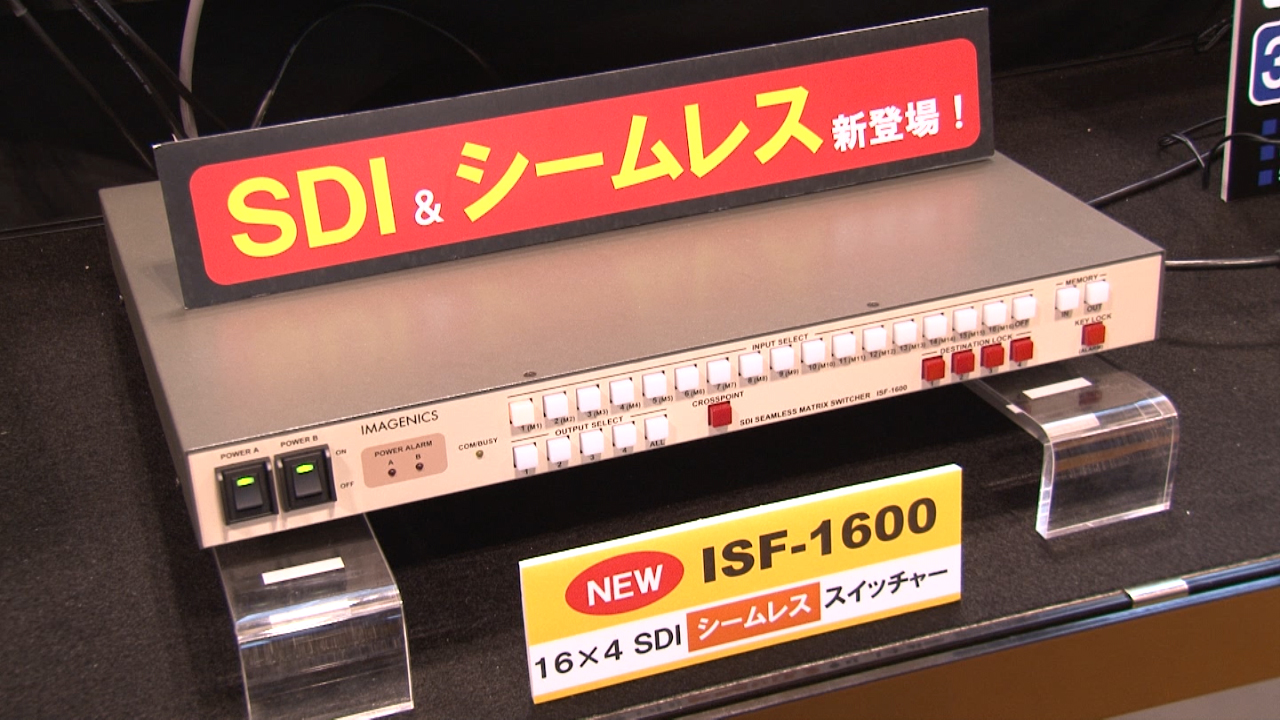 IMAGENICS (booth: 6503) is exhibiting the SDI Seamless Switcher, its first multi-signal compatible seamless switcher. The company is also displaying many other new products, including several types of converters.

The ISF-1600 SDI Seamless Switcher is an HD-SDI and SD-SDI compatible seamless matrix switcher. It is equipped with sixteen inputs and four outputs, and can be seamlessly switched between its two internal circuits. They are loaded with a two-model seamless mode and a reduplicate power source, and are enhanced with safety features including alarms.

The entire six-model SL Series lineup of multi-signal seamless switchers are on display. These models can input in a variety of video formats, from HDMI to VGA. These matrix switchers have a minimum of four inputs/one output, and a maximum of eight inputs/four outputs.

The IMG.Link series of HDMI coaxial transmitters enables you to extend your HDMI signal to up to 210 meters with a single coaxial cable. This is the first demonstration of transmitters equipped with this new feature. The transmitters distribute through existing cables with excellent noise reduction. A cascade attachment is also available.