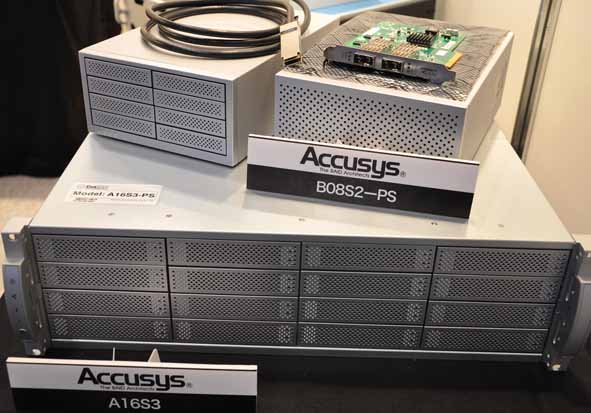 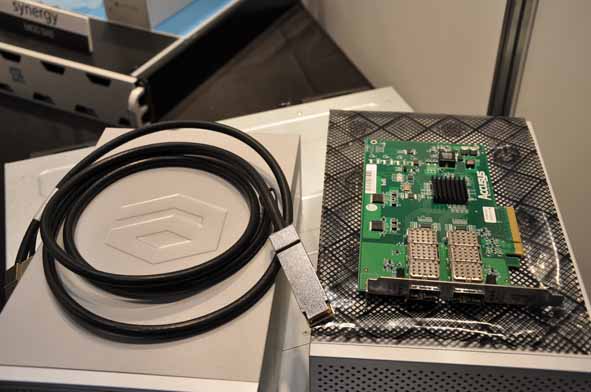 ■ 5,000 MB/s transfer rate with two units
ExaSAN is a PCIe bus direct RAID storage system that uses a PCIe bus to connect the workstation host and the RAID subsystem, without relying on an intermediary interface. The unit is capable of connecting directly with the latest PCIe 3.0 bus and achieving a 2,600 MB high-speed transfer rate, so the ExaSAN "can achieve high-speed transfer rates that are difficult for other direct-interface storage systems to realize," explained CEO Naoki Takayama. Also, with a dual-port PCIe host adaptor, two ExaSAN A16S3 units can be connected to the host workstation for a high-speed transfer rate of 5,000 MB/s. Takayama claims that this function "can be used for applications such as 4K DPX playback." Sixteen ExaSAN A16S3 units can be connected to a 4-TB HDD for a maximum storage capacity of 64 terabytes. Furthermore, storage of 100 TB & over can be achieved with the use of a PCIe switch.