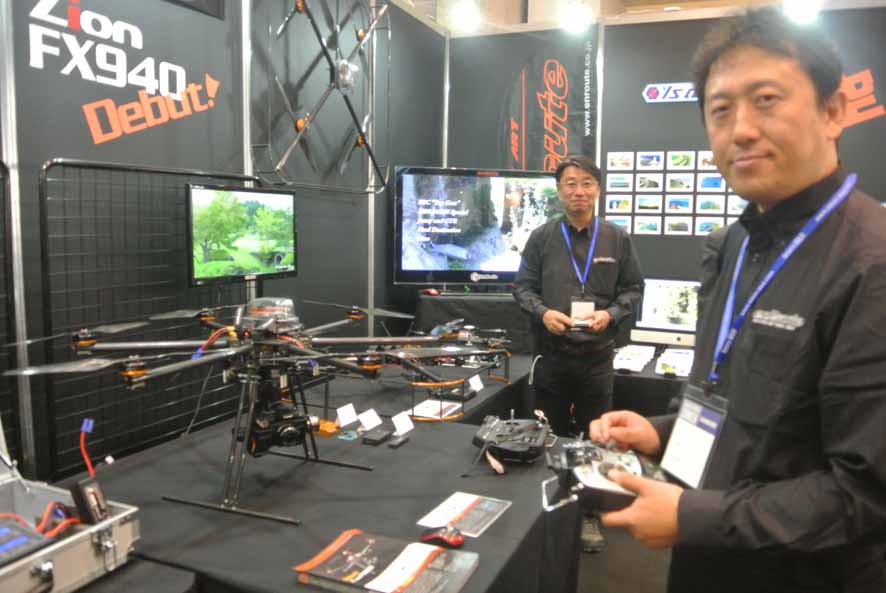 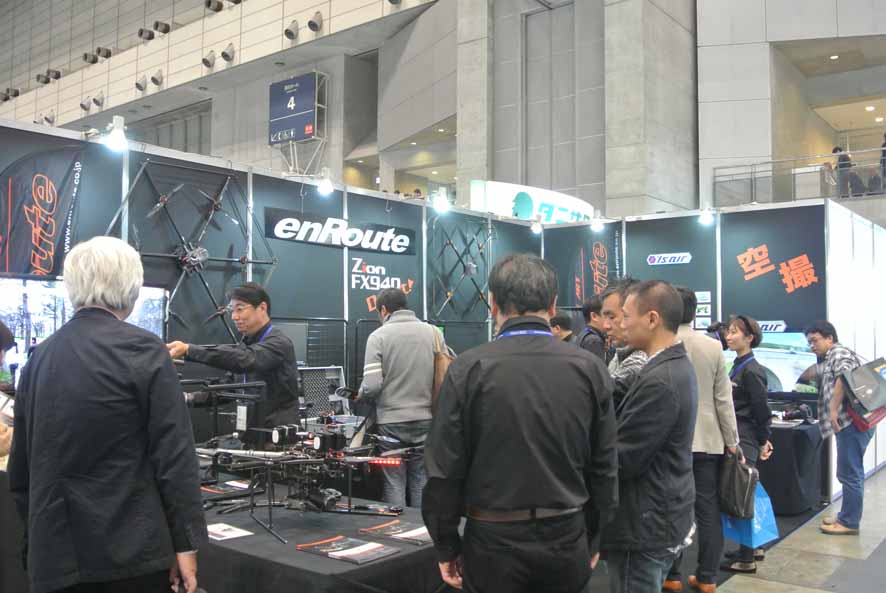 enRoute introduced a varied line-up of in-house developed and produced multi-copters (above photo) for aerial photography. The product has expanded uses beyond just shooting for television programs, including industrial uses like pesticide spraying and three dimensional measurements.

■These multi-copters make possible shots from angles once impossible for traditional cranes.
EnRoute’s Zion FX940 makes possible transportation in tight spaces as the foldable body allows you to store it with limited space. The product comes standard with a 3-axis gimbal, and is a high-performance model capable of shooting both movies and still shots. Mr. Noguchi, in anticipation of a further expanding market for his products, stated that “We have received high praise not just because we are a replacement for aerial photography done with large helicopters, but more because our products make possible shots from angles once impossible for cranes. We hope to continue to meet industry needs by further expanding our line-up in the future.”