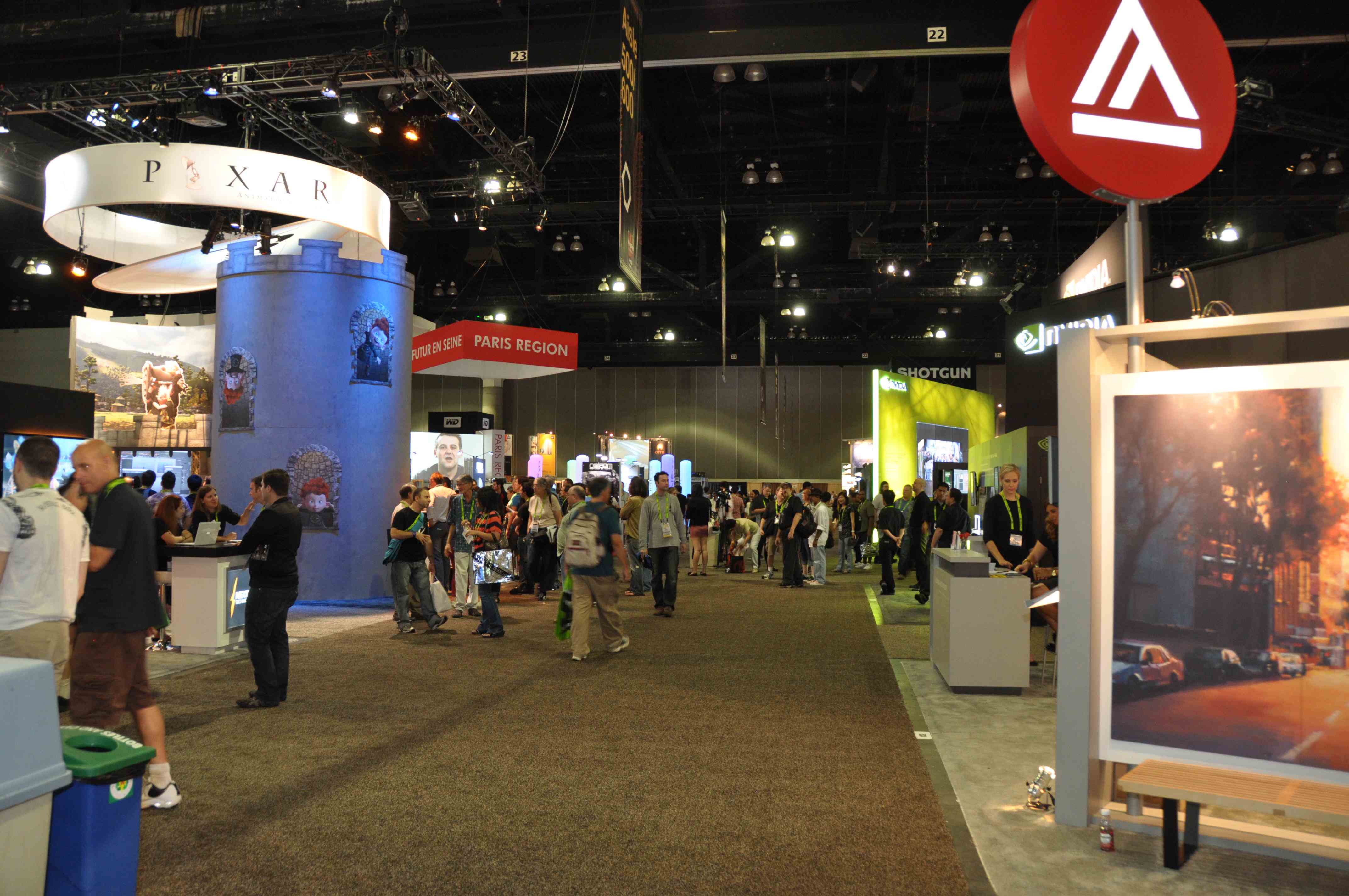 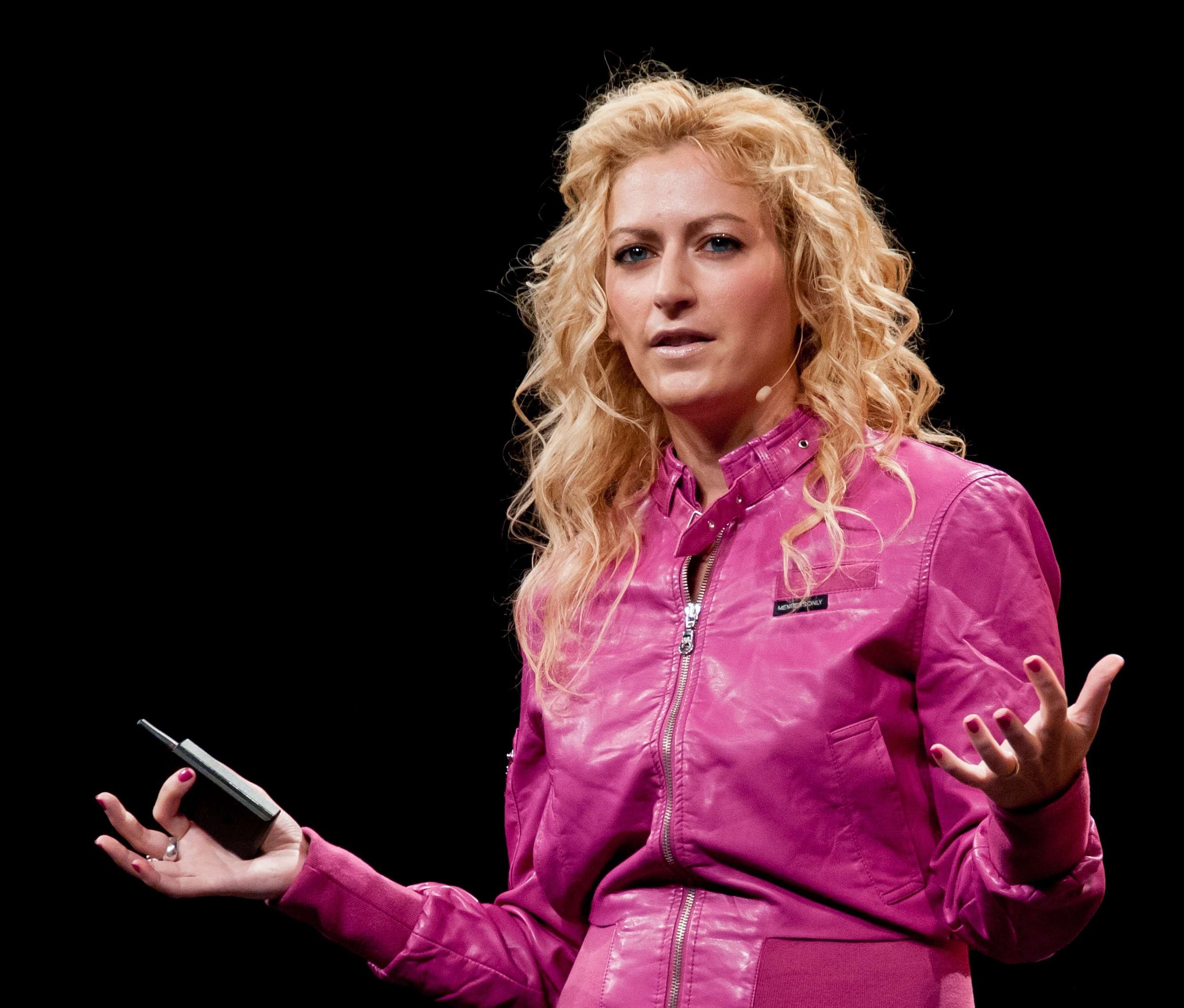 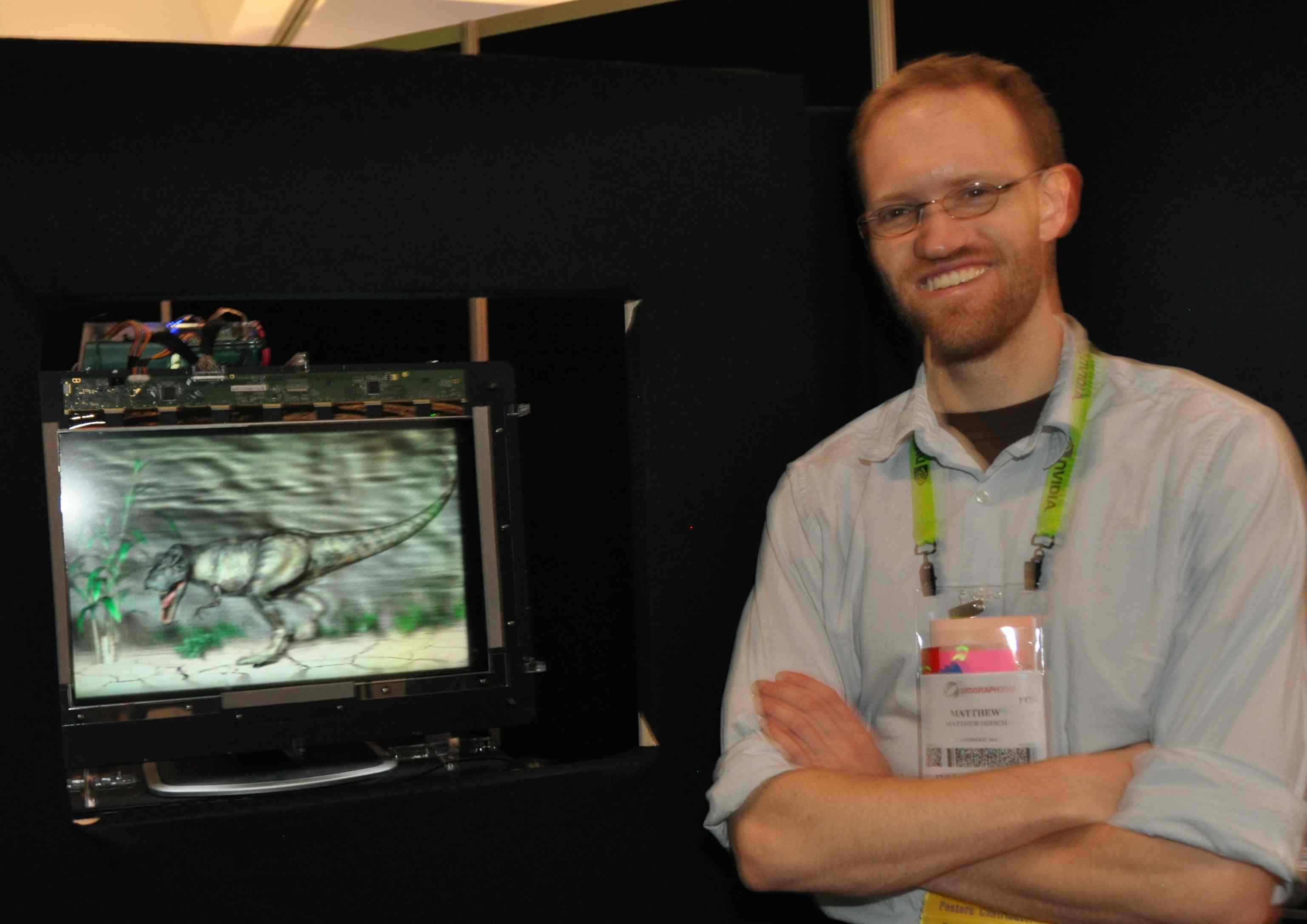 ■Research in Image Information Scanning and Image Processing is Advancing

SIGGRAPH2012 (sponsored by ACM SIGGRAPH), the world’s largest CG conference and exhibition, was August 5 – 9 at the Los Angeles Convention Center (LACC) in California. This year’s exhibition floor space expanded 10%, conveying the exciting level of CG industry activity. The papers presented at the conference opened a window on the big advancements in data reading from images and showed off the rapid developments in image processing research. Computer displays had an increased emphasis on calculating processses and are now in a situation where better image quality is associated with more processing capability. (Koji Suginuma)


■ “A Convention Blending Science and Art”

In a meeting with journalists, Prof. Rebecca Strzelec (Pennsylvania State University, Altoona College), who chaired the action committee, described her ambition to create “a convention blending science and art” and noted that “we think merging the two aspects will have good results.”
According to Strzelec, 449 papers were submitted this year and 94 were accepted. 132 books were presented along with papers from the journal TOG (Transactions on Graphics). 161 companies participated in the exhibition, including many booths of companies from outside the CG industry. The exhibition floor grew 10% over last year’s to 44,750 square feet (approx. 4,157 square meters).

The exhibition hall was packed with a diverse selection of exhibits from first-time participants such as Autodesk, Lightwave, and NVIDIA. Low-price 3D printing got much attention, indicating growing support for rapid prototyping.
In a new test, this year saw the first-ever exhibition of SIGGRAPH Mobile, a much-discussed technology for creating graphics on mobile devices (smartphones and tablets).
The keynote speech was given on August 6, in which Dr. Jane McGonigal, a game designer and author of “Reality is Broken”, explained the health benefits of games. One phrase she used, “add seven-and-a-half minutes to your life,” created a buzz in the SIGGRAPH convention hall following her speech.

91 films were screened at the Computer Animation Festival, out of a total of 601 films submitted. 31 of those films were publicly screened at the Electronic Theater. The films at this year’s Theater left a strong impression of competing on the merits of their storytelling rather than merely showcasing the technology used to produce them, while their underlying literary styles were bright and vivid and showcased changing trends. Disney films were also screened following the conclusion of the Electronic Theater.
The presented papers showcased much research in the fields of modeling and animation of flexible forms that can transform according to the situation. For instance, people have wanted to show the movement and ripples of cloth in a natural way. This year took things a step further, with research being done on suitable models that can accommodate any form in a natural way. This research showed that these kinds of movements are not limited to cloth but that the object’s behavior and shape can be adjusted in a natural way according to its juxtaposition within the model’s space. An example of a human model was given in which a man could be shown riding piggyback.
As for naked eye binocular vision, the Massachusetts Institute of Technology presented a paper on a tensor display that uses the principle of the parallax barrier to achieve higher image quality by appropriately changing the barrier’s composition.
Image processing technology has also shown big advancements, and the topics presented included research on automatically removing the unnaturalness that comes with cut editing and research on how to make an expanded display of slight changes in an acquired image (e.g. measuring an individual’s heart rate from an image of his or her face).