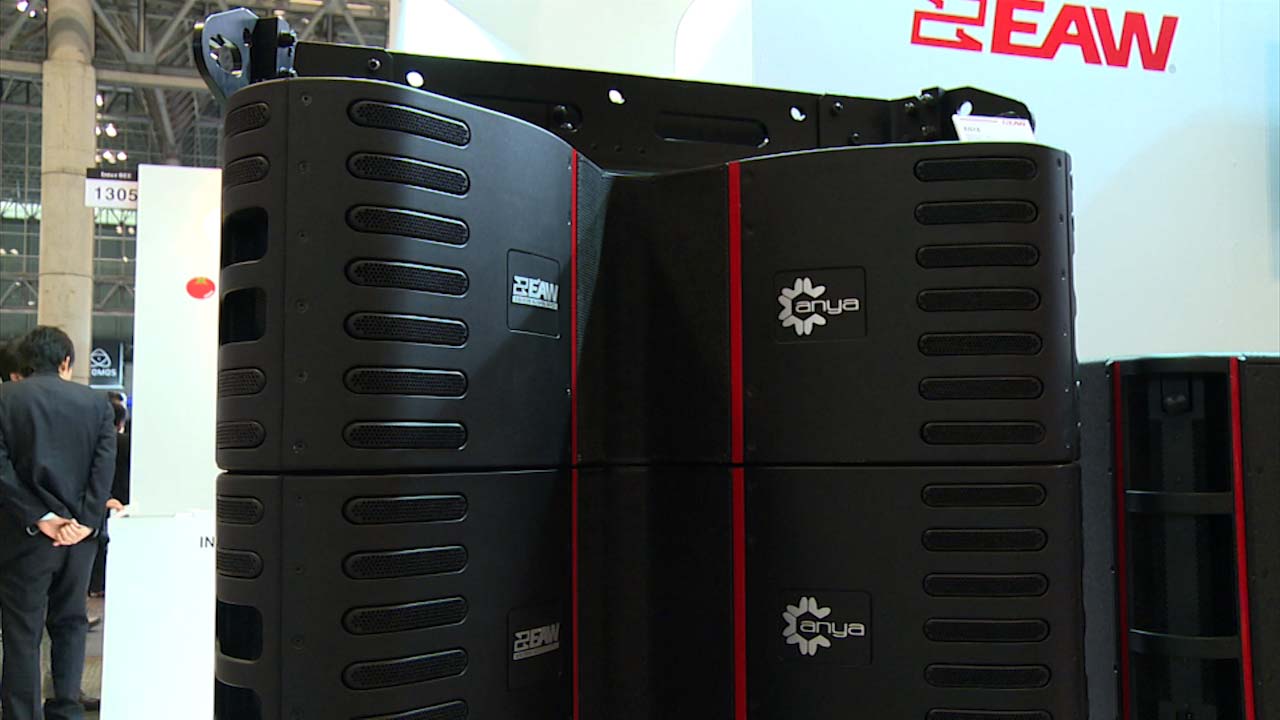 Onkyo Tokki exhibited the EAW (EASTERN ACOUSTIC WORKS) middle-class, line-array speaker "ANNA." It was recently announced at the AES show in New York in October 2015. Besides the actual ANNA, it also displayed a unit with the top part cut out to reveal the inside.
Onkyo Tokki also exhibited the line-array speaker demo model shown at last year's Inter BEE EXPERIENCE and EAW's large-class line-array speaker Adaptive Systems "ANYA." The internal DSP processing makes the banana curve design unnecessary. The unit is hung in a straight line and a uniform volume is provided to the listening point. This has received high praise. With "Adaptive Performance," which is EAW's culmination of technologies, the radiation pattern can be freely controlled even in a straight array. This has been hailed as the next-generation speaker system.
ANNA is part of the same Adaptive Systems series as ANYA. While ANYA is large-class, ANNA is middle-class. Being about half the height of ANYA, ANNA can just be hung in a straight line. It is the Adaptive Systems solution for small- and medium-scale installations.

Onkyo Tokki also displayed its main products such as the MACKIE product line. MACKIE focuses on Bluetooth functions and the new CR series of Bluetooth-enabled compact monitors were presented. Also, the TESIRA series from BIAMP, known as the world's top market share holder for DSP for conference rooms, was displayed along with Audio-Technica's network microphone solution.