News: Nekojarashi showcases at Inter BEE a demonstration of its new file-sharing service for the video production industry, its dual-video simultaneous preview functionality, and its new Android app 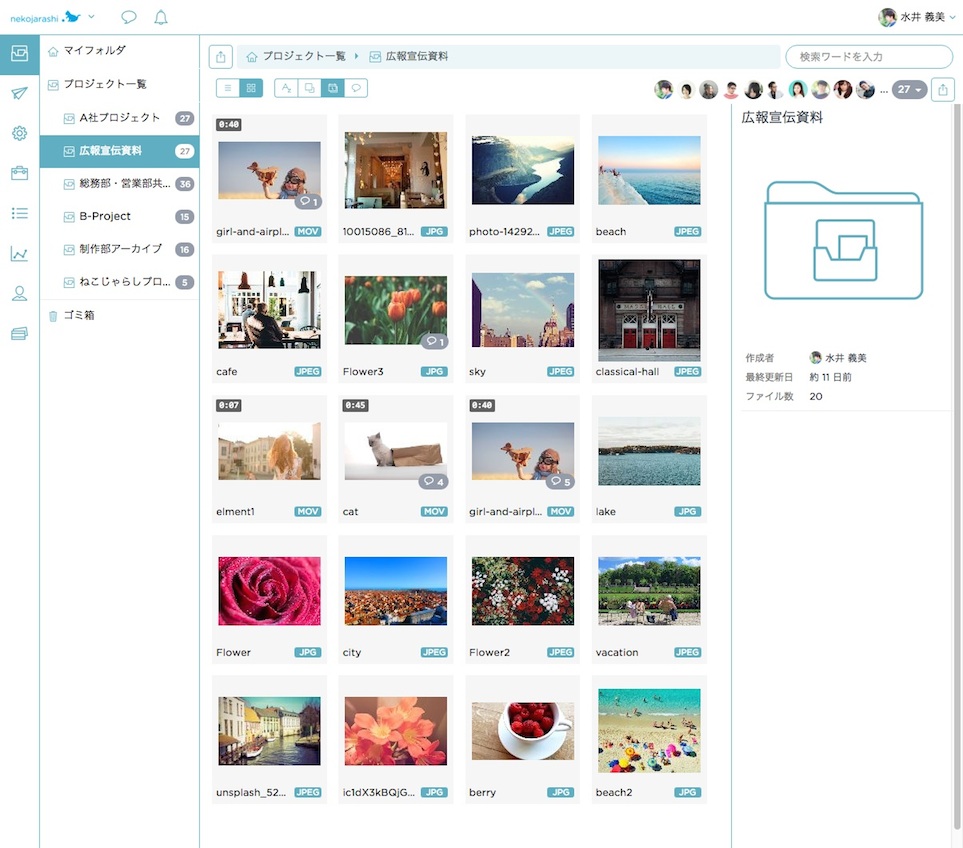 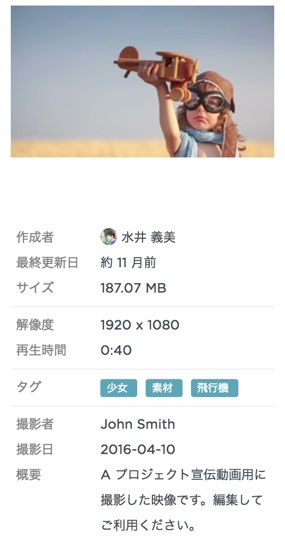 Showing the product's new metadata functionality. As well as storing the video shoot’s person, date, and location, it ca

Nekojarashi, a company that specializes in the development of cloud storage, and the like, will be exhibiting its products from November 16th (Wed) to 18th (Fri) at Inter BEE 2016 (booth number: 8308), held at Makuhari Messe, Chiba, Japan. The company will be doing a demonstration of its file-sharing service Jector. Following from last year, this will be Nekojarashi's second exhibition at Inter BEE.

Dual-video Preview
Jector is a file-sharing service that was launched in October 2014, featuring functionality for manipulating video data. Ayano Ito, a sales representative from Nekojarashi's Customer Department and Customer Success Department explains its market positioning, "We are promoting the use of our product within the creative industry, so that it can be utilized as widely as its is currently being used within broadcasting and post production."
Jector's basic functionality allows multiple registered members to access a project folder to save and view videos and other files. Users can create a proxy file beforehand, so that they can preview video files without the need to wait for it to become available. The product's most prominent feature is its preview functionality with multi-format support, offering the ability to handle commercial video files in MP4, MOV, MXF, and other formats; professional image data from imaging software such as Photoshop, Illustrator, and InDesign; as well as sound files in MP3, WAV, and other formats.
One new functionality to be showcased at Inter BEE is the product’s ability to preview two saved videos simultaneously. "Two videos saved in Jector —a pre-edit video and post-edit video— can be played simultaneously, allowing users to make color adjustments and verify that images have been processed accurately as requested. Sound files can also be swapped in and out while the video is being played. Standard verification tasks could only be carried out in the past using editing software. However, these can now be completed easily using our file-sharing service, which can be used from a web browser," says Ito, highlighting the benefits of Jector.

Extended Functionality for AI Video Markers, 3D Data Previews, and More
Nekojarashi's highly-acclaimed marker functionality, which was added for the Inter BEE 2015 exhibition, has also undergone some improvements. In 2015, users were able to add instructions by putting markers in a video; however from Inter BEE 2016, users will also be able to add markers to AI files from Illustrator and the like. This is an extension of the product's existing functionality, as Ito explains, "Rather than it being used only by video creators, we now also have an increasing number of people from the design field using our product."
Another way in which the product's functionality has been extended is its ability to provide previews of 3D data. Ito says, "Users can now take file formats used in 3D printers, such as STL and OBJ files, and rotate them and preview them on Jector. It can now handle a much wider range of data formats, increasing the types of fields and industries where our product can be used."
In addition, Jector also provides additional functionality for saving metadata such as the video shoot’s person, date, and location. Metadata is information that is required for verifying rights information, and it has the effect of increasing the usability of videos out in the field. Users can also add tags to the files, allowing them to search through a large number of files stored in Jector by using tag keywords.

New Android App
A new Android App has been developed in time for its exhibition at Inter BEE. Although the company had already released an iOS version, this new Android version was born in response to requests from a high number of users. The Android version can be used on devices running Android 4.4 or higher. New functionality for both the iOS and Android versions will continue to be developed to increase their user-friendliness.
The company will set up demo equipment at Inter BEE to provide a hands-on environment where visitors can experience Jector's basic functionality and new functionality. Ito says, "Jector is a service that provides file-sharing functionality; however, its aim is to provide a service that will improve productivity in the creative industries. In order to do this, we are making daily functionality improvements, developing new additions and improvements every few weeks. We would like visitors to come to our booth and experience how easy it is to use our product."