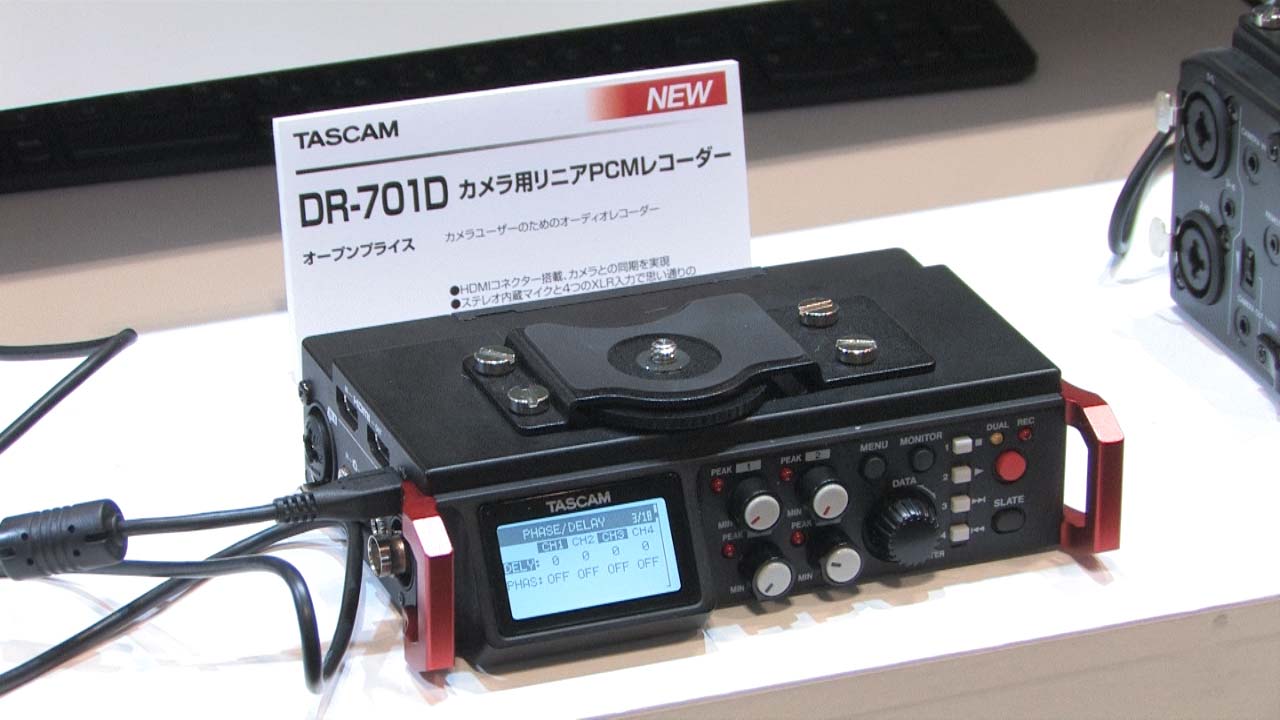 At TEAC’s Inter BEE 2015 pro audio booth (Pro Audio, Hall 1, Booth 1202), the company showcased its DA-6400 Series 1U 64ch digital multitrack recorder.
When run synchronously with a Pro Tools system, the DA-6400 is also capable of backup recording, and has flexible compatibility with interfaces such as MADI and Dante. With the adoption of an embedded OS and SSD for recorded media, as well as the addition of the power-duplicating DA-6400dp to the product line, they have created a highly reliable recording system.
TEAC also demonstrated the DR-701D audio recorder for cameras (not yet released). When used with a digital single-reflex video camera, the DR-701D can enhance the audio quality of the recording. Equipped with four XLR microphone inputs and a built-in stereo mic, it also enables flexible setups. The unit can also synchronize video and audio through an HDMI connection.