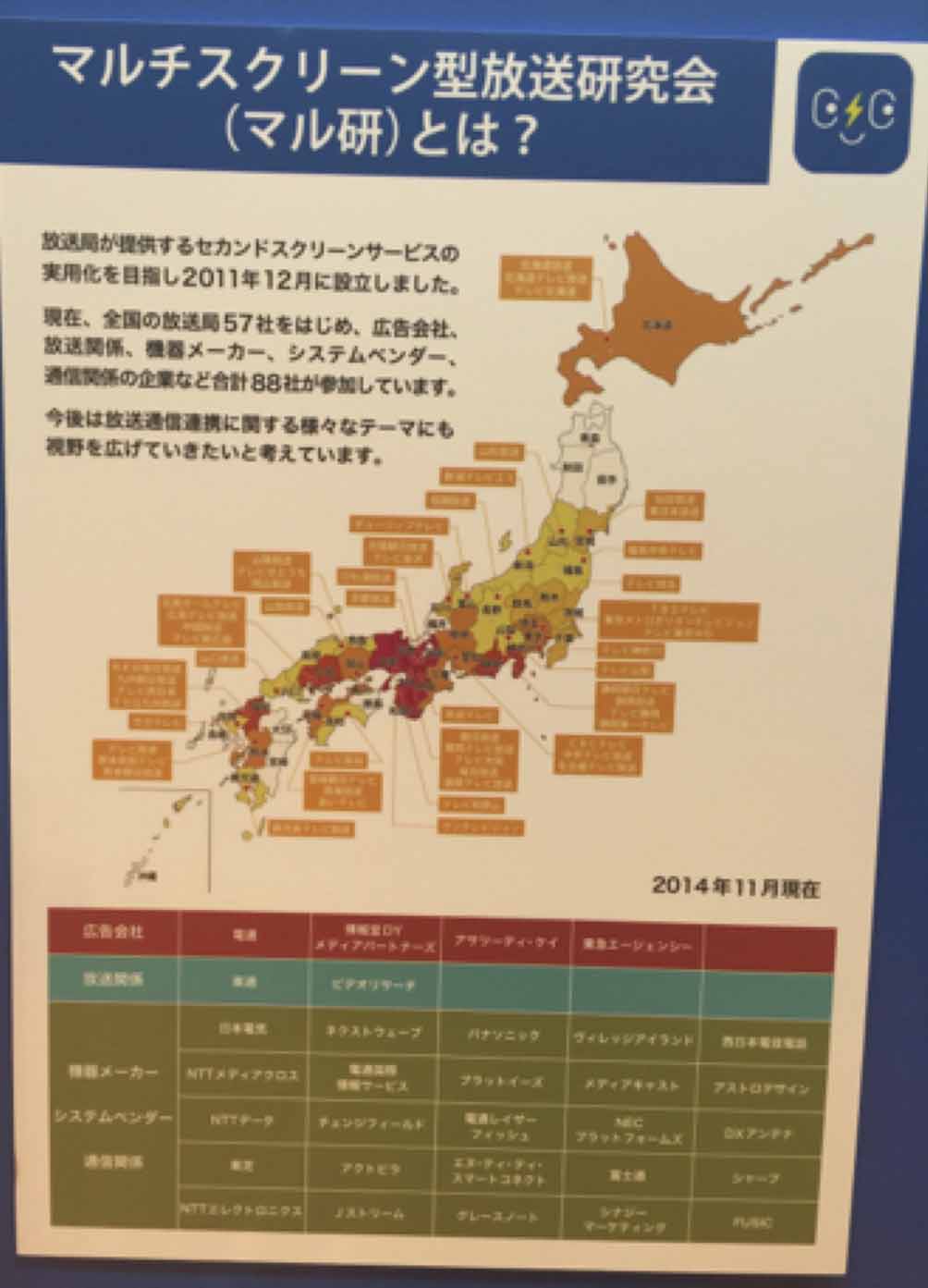 Areas with participating broadcasters are marked with color 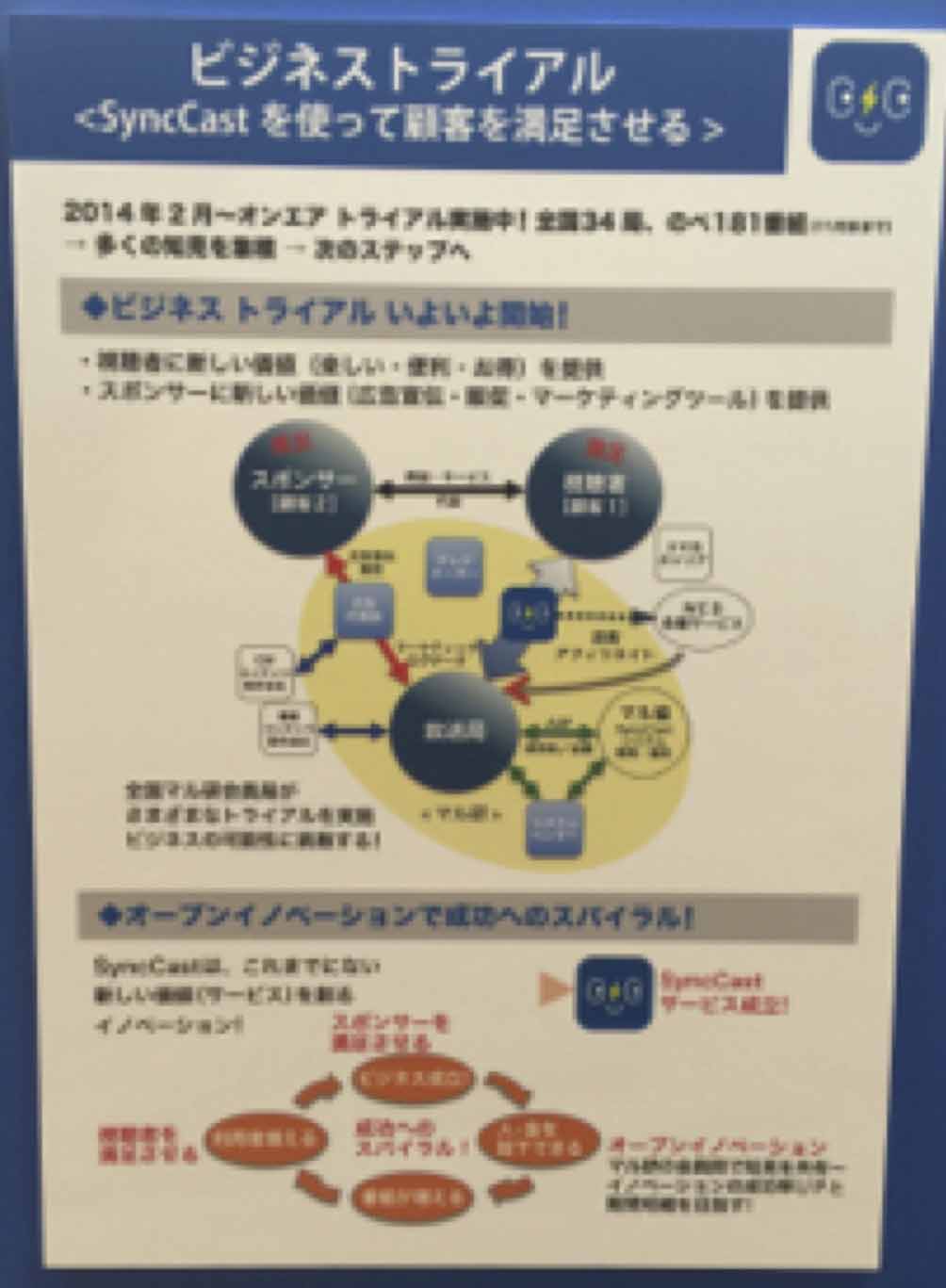 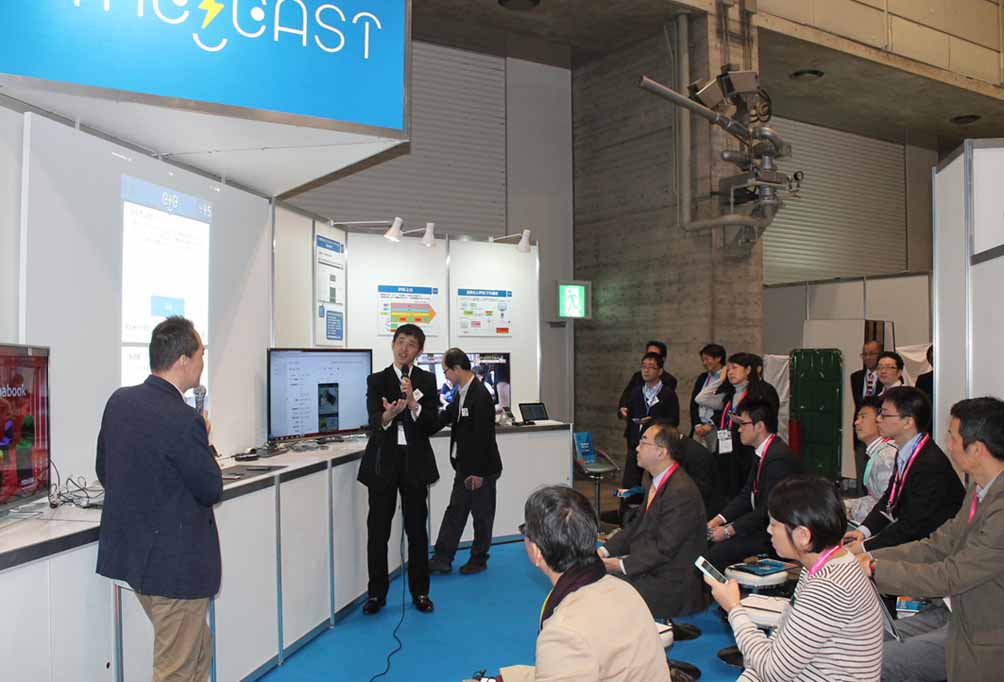 Maru-Ken’s booth was the biggest at Connected, and it was open for all three days

The Multiscreen Broadcasting Study Group (Maru-Ken) exhibits at InterBEE every year, but this year they exhibited their booth at Connected. In a strikingly large space, they demonstrated their program-linking app, “SyncCast,” for the three days. The app will move to full operation once it has completed its business trial this year.

- A New Second Screen Viewing System
The Multiscreen Broadcasting Study Group is an organization that was started in December 2011 with a goal to develop new systems for second screen viewing. Taking the abbreviated name Maru-Ken, they are based at the Kikyoku broadcasting station in Kansai, and they actively promote their cause by recruiting other broadcasters. 57 broadcasters from all over Japan, from West Japan to Hokuriku, and Tohoku to Hokkaido, have gotten on board.

Maru-Ken has developed SyncCast to make second screen viewing even more enjoyable. The broadcaster can use it to prepare content they want to show viewers in conjunction with the main show, while smartphones can be used as displays that keep in time with each program segment. Viewers will enjoy shows even more by viewing more detailed information on the people and places that appear on the program.

- Banner Advertising on Smartphones; Demonstration of Business Models
What is important for businesses is advertising methods. Banner advertisements can be made to display when television commercials are running. This way, interested viewers can be captured even more if they press a button. Banners can also be saved on the smartphone, so viewers can look at them in their own time, even after the program finishes.

Maru-Ken showed all the business trials that they have undertaken so far. They allowed visitors to download their app, and let them experience SyncCast hands on during a program. Participating broadcasters were also on hand to do various demonstrations.