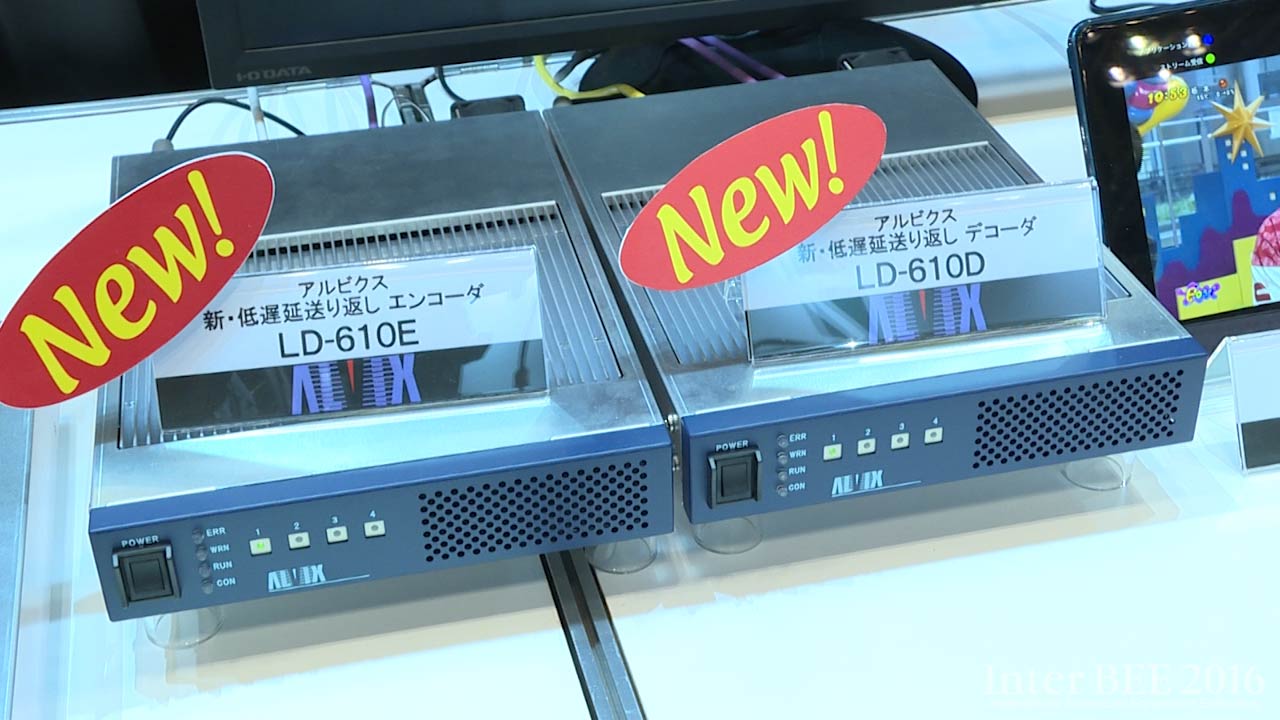 ALVIX is exhibiting at Inter Bee 2016, held at Makuhari Messe for three days between November 16 (Wed.) and November 18th (Fri.). They will be showing their proposals for a variety of broadcasting-related devices from video/audio monitoring systems to IP on-demand monitoring and next-generation broadcasting systems.

The new products they will be showing are as follows.

Their "video on-demand monitoring device" connects to a video on-demand service and displays multiple content elements in sections on a single screen. By combing with other units, between 10 to 70 channels of VOD can be played simultaneously. There are two output systems. Errors in playback video (black screen, freezing) or audio (silence) content are detected, and that state can be trap-notified or internally linked to display a tally.

Two units can also be connected together in cascade to enable two-way input of up to 64 channels. NTP server and LTC input are also supported, with simultaneous display of an analog or digital clock. Up to eight layout patterns can be set per output. Channel names support Shift JIS (First Standard) encoded characters. You can also display text, tallies, etc. in a comments window in addition to the segmented display.

They will also be exhibiting a demo of their new low-latency send/receive system, planned for release next spring. It will be backwards compatible with previous models. This model greatly improves the recovery speed when image quality and packets are corrupted.