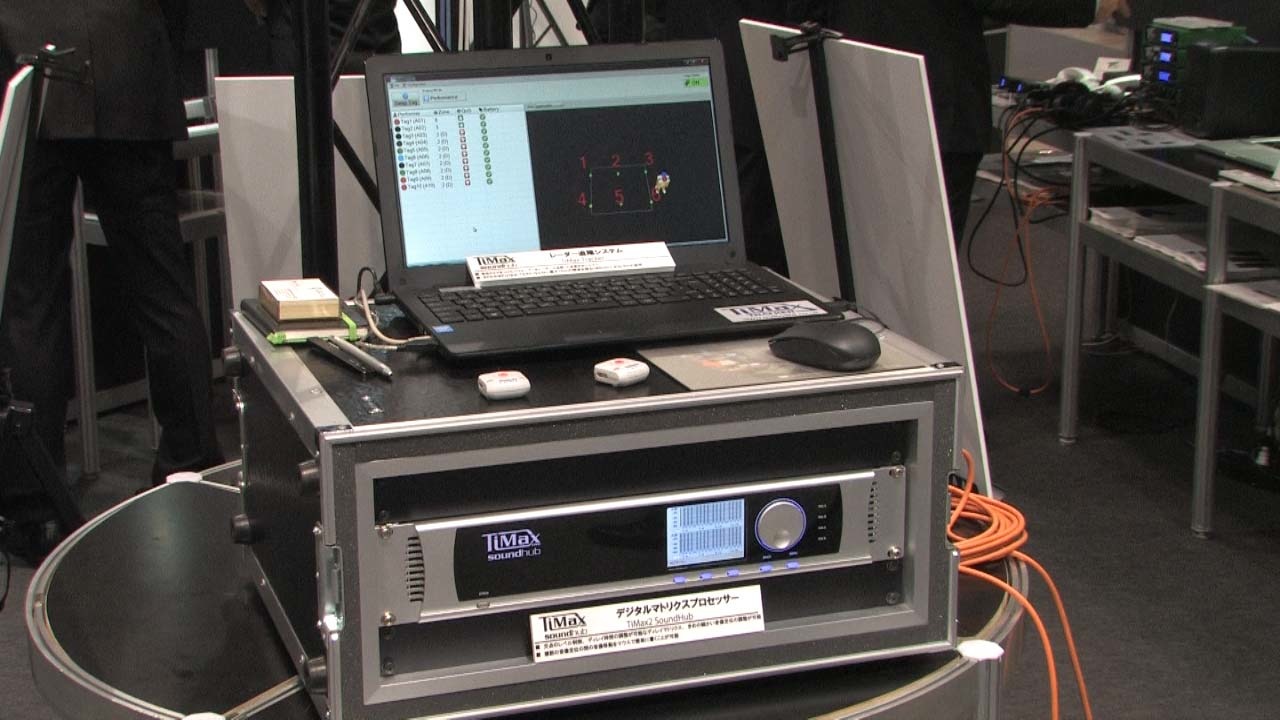 AXIA products
Fusion (new)
Axia's products are in use at over 4,000 studios worldwide. This is their newest IP network console. It supports a wide range of studio types and accommodates everything from simple setups to 30-room studios, managing the complex audio networking therein. The system is composed of a mainframe (4-24 faders) and console engine (supports twin layout). The unit can also be expanded as needed with expanded frames (8-24 faders).

Inovonics products
531N FM modulation monitor (new)
Monitor modulation and display signal strength, multi-pass, and AM noise. 6 presets allow for checking against other stations with one touch. Detects when radio waves turn off, when modulation exceeds a given threshold, or when no audio is available, outputting an alarm. This is a version of the former 531 model with additional TCP/IP-based remote control included. Also shown were the 650 model AM broadcast monitoring tuner for AM stations) and 633 model (optimal FM broadcast monitoring tuner).

■TiMAX products
TiMax SoundHub2
A digital matrix sensor for use at theaters or theme parks. The fine-tuned stereo image positioning uses a level and direct matrix system for adjustment, with easy mouse-operated movement of stereo images across multiple positions.

TiMax Tracker
A radar tracking system that makes use of Ultra Wide Band communication. Applications include tagging performers and tracking them automatically with sensors at a performance. This tool can be combined with the TiMax2 SoundHub to track performers' movements and continuously orient the microphones to their positions.

Green GO products
Green-GO intercom system
This new form of digital intercom and cue light system supports from 2 users (2 belt packs) to over 3,000 users in a direct connection or across up to 250 groups.
The system does not require a dedicated network or expensive matrix, simply plugging in to an existing lighting or office ethernet system.
The unit is powered by PoE (power over ethernet) and does not require dedicated wiring.
"