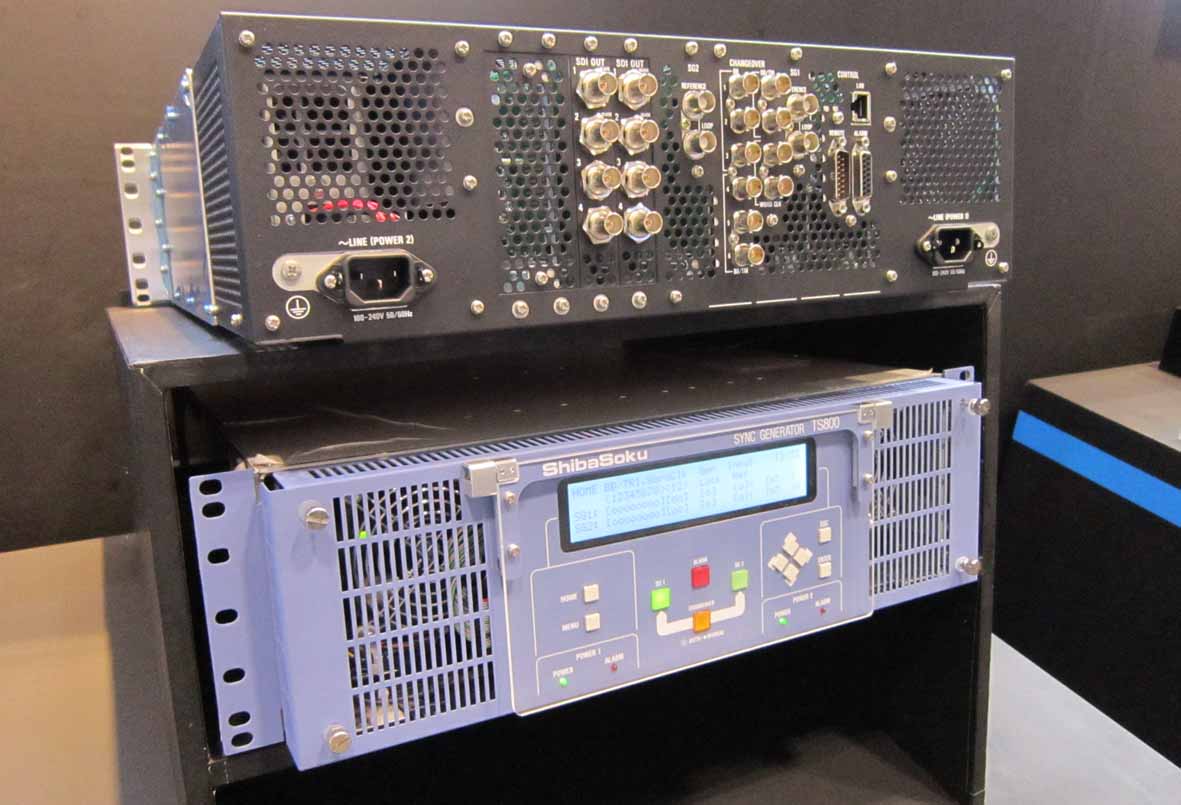 The TS800A synchronizing signal generator, capable of 4K output, from the front (below) and back 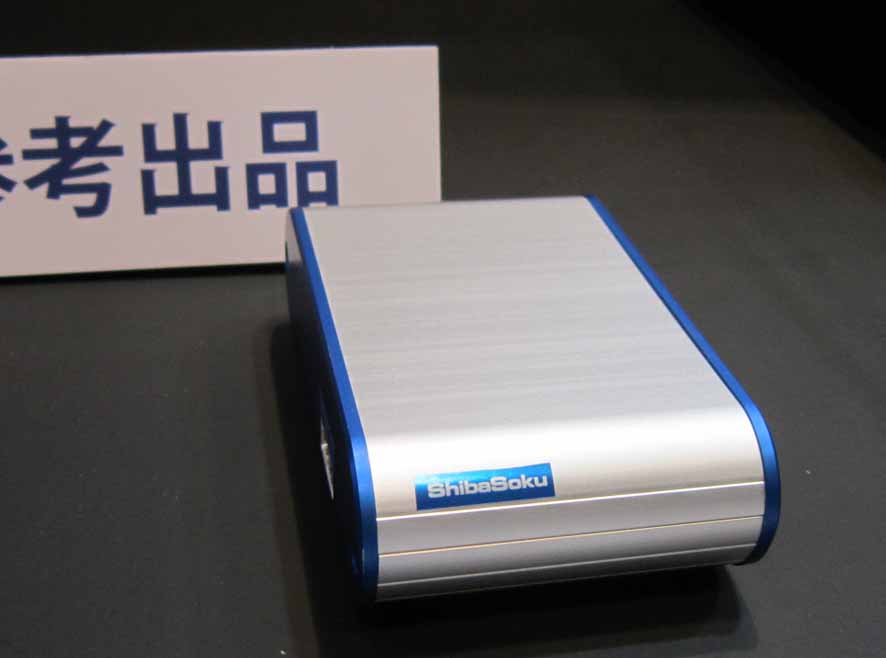 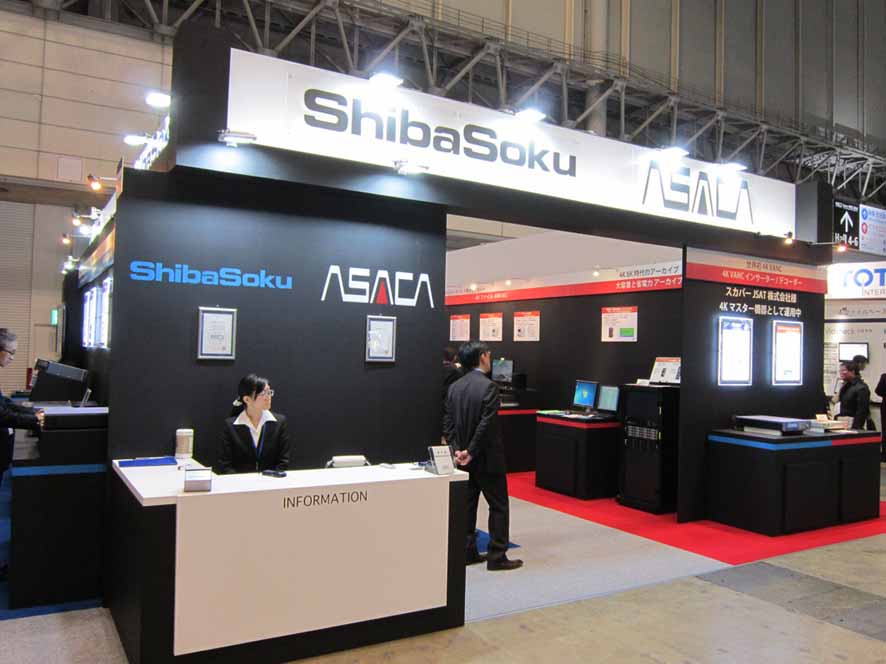 ShibaSoku (Booth No. 3503), together with group company, Asaka, is showcasing a wide variety of new products developed for the golden age of 4K. The centerpieces of its exhibit are the TG4000 4K test signal generator, the TS800A sync generator, and Asaka's DU-480 4K VANC inserter/decoder.

■ TG4000 Used as SKY Perfect JSAT 4K Master Device and in Endoscope Development
TG4000 is a 4K signal generator that supports 3840×2160 & 4096×2160 pixel output and 23.98, 24, 25, 29.97, 50, and 59.94-Hz full-frame rates. It is capable of outputting four types of 4K test signals at once and can also change the phase of each signal independently. Users can also scroll videos vertically, horizontally, and diagonally, as well as select the rate at which the video scrolls. The unit is also equipped with 13 brand-new 4K and 3D test patterns, making it ideal for a wide variety of use environments, from R&D to studio equipment and the healthcare field.
Indeed, the device has received a great deal of interest not only from broadcasting stations but also from medical equipment manufacturers. One such manufacturer is said to be using the machine to help develop an endoscope by having it produce the reference signals used in product testing.
One of the DU-480's special features is its ability to insert and decode broadcaster-to-broadcaster control signals for 4K video signals. As broadcaster-to-broadcaster control signals are currently not standardized, the DU-480 uses its own unique standard based on HDTV ARIB STD-B39. 3G-SDI input signals are accepted from four sources. Each input signal is split into two output signals. Users can flip between inserting and decoding modes via an internal switch.
The TG4000 and DU-480 have been installed as SKY Perfect JSAT's 4K master devices and already operating in test broadcasts. They will also be used for the world's first channel specializing in 4K output, which is to be launched next March. These achievements of the devices are showcased at ShibaSoku's booth, where you can also experience their user-friendliness for yourself.

■VCX1 Converts Broadcast Video Files at Double the Speed
Another product attracting a great deal of attention is the TS800A sync generator. In addition to 3G-SDI, HD-SDI, and SD-SDI output, the synchronizing signal generator also has the option of supporting 4K output. The device can adjust the phase of each type of synchronizing signal independently and store SG1, SG2, and changeover units within a single housing. Since units can be switched without plugging and unplugging cables, the TS800A is exceptionally low-maintenance.
The VCX1 file-based standards converter can convert video files for broadcasting at twice the normal speed and reduces jerkiness using unique high-precision motion compensation technology. It can produce high-speed, high-quality image conversions even between different frame rates and supports formats such as AVC intra-100, 50 OP-Atom, XDCAM, MPEG, HD422, and OP-1a. Using its chasing playback feature (when working with XDCAM, MPEG, or HD422), users can check video images while they are being converted. The unit also boasts an automatic operation feature that can automatically handle multiple format conversions sequentially. Users can also change the order in which files are converted, as well as have a file "jump" the queue.

■ VB4000 Converter With Upscaling Feature on Test Display, Along With Conversion Equipment Suited for Easy 4K Signal Testing
The VB4000 4K HDMI converter converts 3G-SDI and HD-SDI 4K signals to HDMI 2.0 4K signals. It also can upscale 1920×1080p SDI signals and HDMI 1.4 1920×1080p signals to 4K and convert them to HDMI 2.0. The converter is capable of transmitting at 4K/60Hz & 6 Gbps and supports the HDCP 2.2 content protection standard. The VB4000 is reportedly attracting interest from electronics manufacturers for use in the testing of products under development.
The same manufacturers are also showing growing interest in the HDMI 1.4-to-HDMI 2.0 converter on test display. The device boasts a special function that upscales images to high resolution and can easily convert a 1920×1080p signal to a 4K or 2K signal. There is great consumer demand for a simple and convenient device capable of HDMI 2.0 connection tests; this one is scheduled to be released in February 2015.