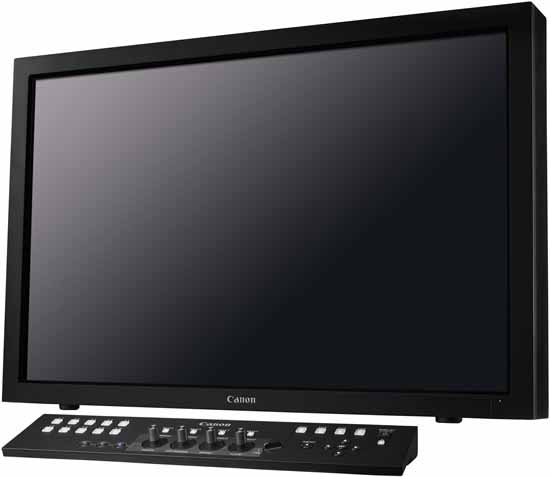 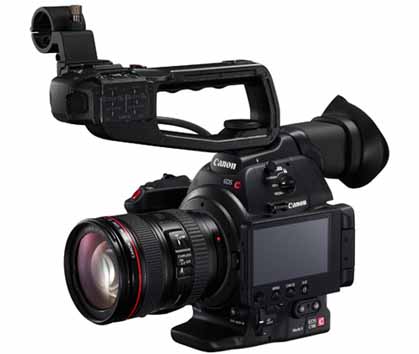 Canon Inc. and Canon Marketing Japan will be at Inter BEE 2014 on November 19–21 (Wednesday to Friday) at Makuhari Messe in Chiba. Like at last year's Inter BEE, the Canon booth will feature comprehensive technologies in a wide range of products including lenses, sensors, and video engines. Centering on the CINEMA EOS SYSTEM, used in cinema shooting as well as 4K broadcasting studios, various workflows will be introduced such as in live broadcasting and video production.
Canon has already announced new versions of camera firmware and the Cinema RAW Development software for processing 4K RAW video. Both support the ACES (Academy Color Encoding System announced at NAB) and BT. 2020 (announced at IBC) standards.
At Inter BEE, Canon will show the DP-V3010, a 30-inch 4K reference monitor supporting BT. 2020 and introduce seamless workflows for movie productions and broadcasting stations supporting ACES and BT. 2020.

■ World debut of CN20×50 IAS H 1500 mm 20x zoom CINE-SERVO lens
The main attraction will likely be the CN20×50 IAS H CINE-SERVO lens with the world's longest focal length of 1,500 mm (20x zoom). It boasts outstanding optical performance for the 4K camera. A camera system equipped with this high-power CINE-SERVO lens will be shown to the world for the first time. It is planned to be made available in April 2015. It has many features for both movie shooting and broadcast use such as a focusing ring rotating 180˚ for fast focusing during sports shooting. (It is to be available in EF mount "CN20 X 50 IAS H/E1" and PL mount "CN20 X 50 IAS H/P1" from late April 2015.)

■ Canon Camera Museum and special seminars (pre-registration required)
The Canon booth will have mini seminars and a hands-on section in a studio space where you can try out the new products. Also, the Canon Camera Museum section will showcase the history of Canon technologies by displaying past cameras and lenses.
Outside the booth, special seminars will be held at the International Conference Hall (Room 102A/B). There will be five sessions showing what the EOS C500 can be used for. The sessions will cover aerial 4K shooting, the BT. 2020 standard, and other topics that cannot be fully explained at the booth. The sessions are free, but pre-registration is required (maximum 80 people per session). Pre-register at the Canon website below: