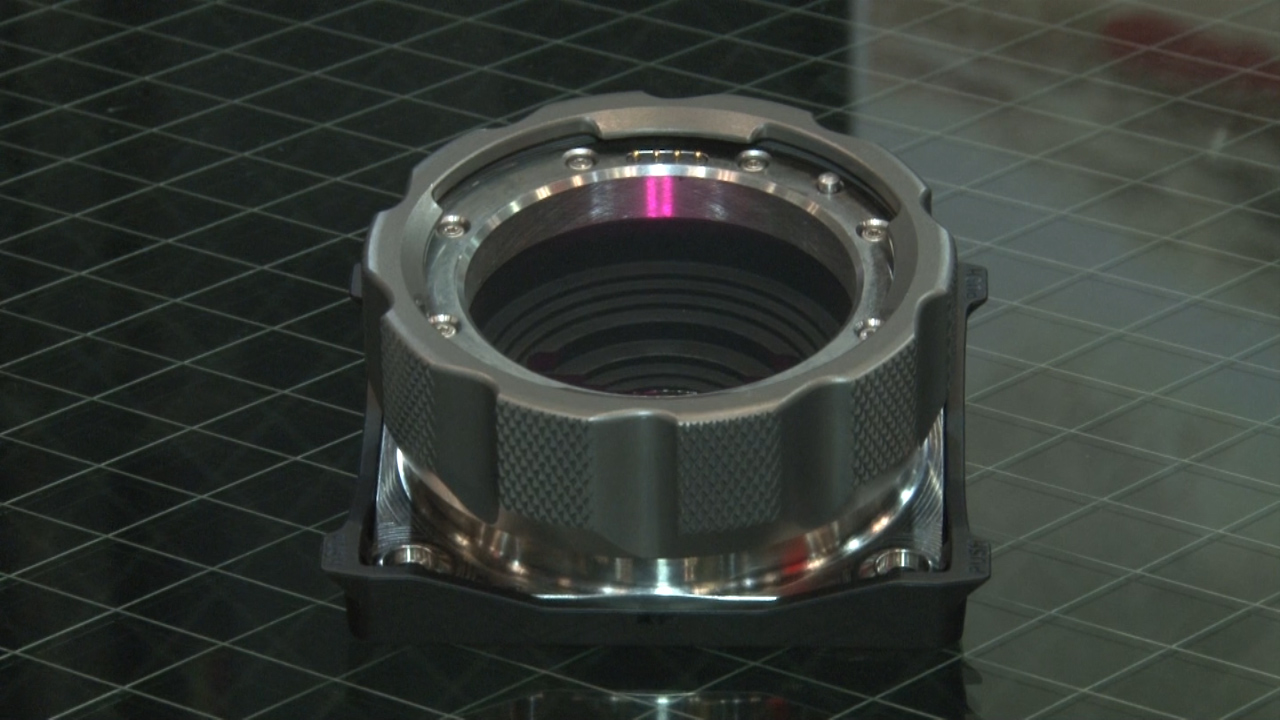 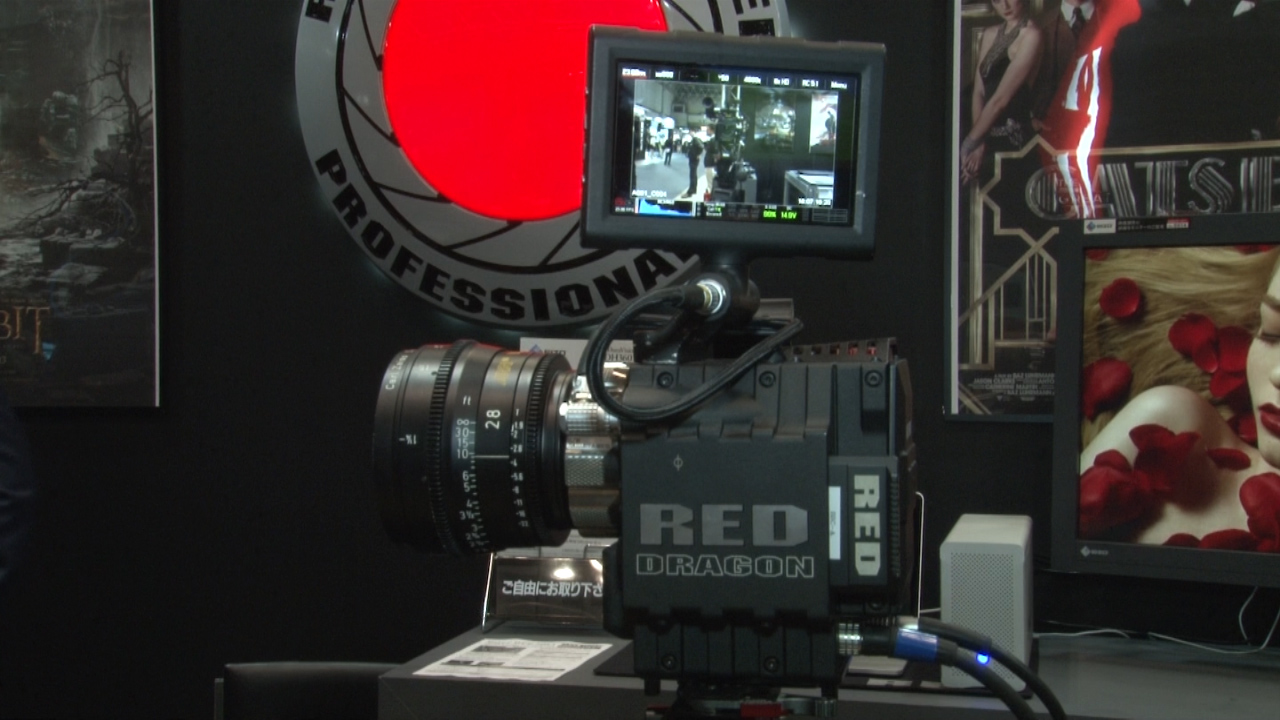 Red Digital Japan (Booth 8403) is debuting its 6K Red Dragon sensor-equipped Red Epic-M Dragon for the first time in Japan. Also on display are the latest models of the Red Motion Mount and Red Rocket-X. The booth is screening 4K footage from a number of cinematographers and photographers using the Redray 4K Player.

■ Red Motion Mount with built-in electronic ND filter also in first Japanese appearance
The Red Motion Mount, a PL mount that was shown at the NAB Show 2013, is on display for the first time in Japan. The Red Motion Mount is equipped with a fine-tunable electronic ND filter and a global shutter capable of preventing partial illumination by strobe lights, as well as shearing in fast-moving subjects. Using this mount makes it possible to employ the global shutter system in the Epic and the Scarlet. It is also possible to control the system on the screen of the Epic or the Scarlet and conduct fine-tuning up to ND 2.4.