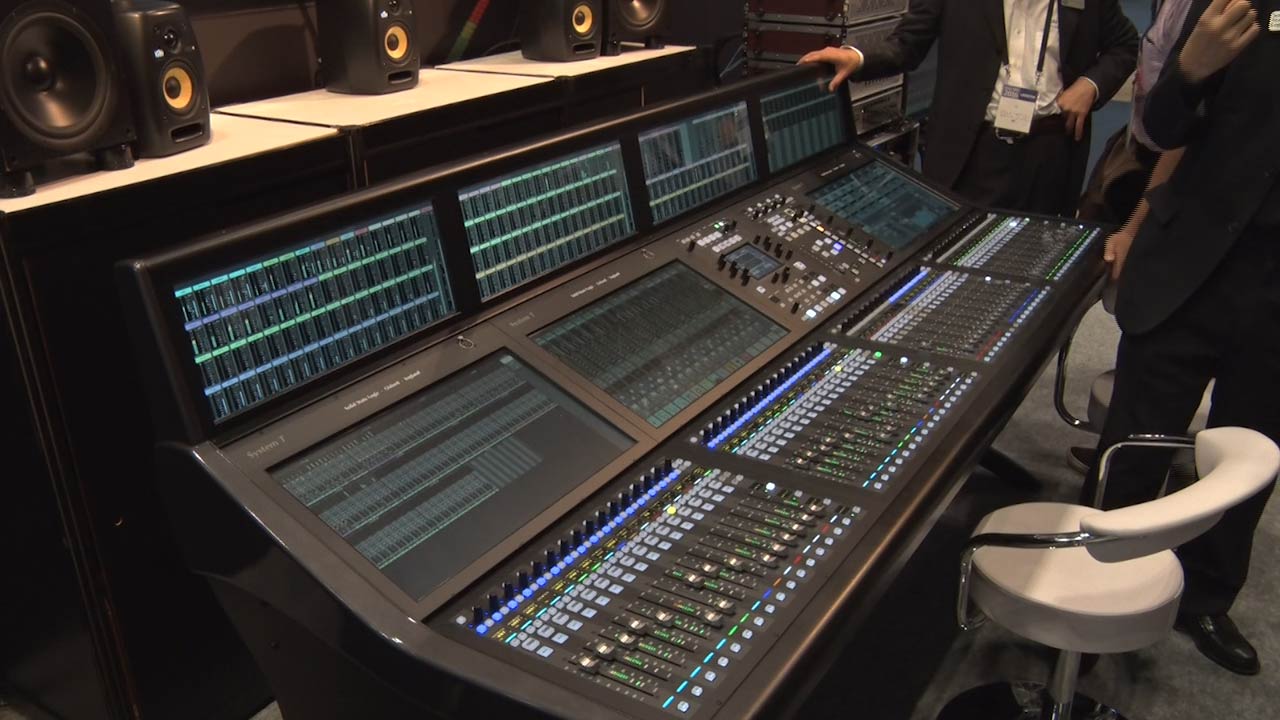 Solid State Logic Japan participated at the Inter BEE 2016 and exhibited "Nucleus 2", the new version of the DAW controller "Nucleus", and the large digital console "System T" that supports broadcast program production. "System T" was exhibited in Japan for the first time.

The company exhibited "Nucleus 2", the new version of the DAW controller "Nucleus", which is a compact controller with a collection of advanced functions. "Nucleus" is a portable type desk unit suitable for music studios that take DAW-based sessions and for film/video post production. It supports all major DAWs including Pro Tools, Logic, Cubase and Nuendo.
Changes made in the new product "Nucleus 2": the exterior color is changed from black to white, the USB audio interface on the DAW controller is changed to a Dante audio interface. In addition to this, a talk back switch was added, an additional line of monitor out was installed, thus becoming more practical. To be released at the end of November.

"System T", a large console that supports broadcast program production, was exhibited for the first time in Japan. It is a state of the art digital console that uses Dante network audio.
It allows you to control several control interfaces, processors and I/O devices in a network environment. It supports routing of Dante's AoIP (Audio over IP) option, which is the transmission standard of AES67, and I/O devices. It realizes CPU-based real-time mixing and audio processing.