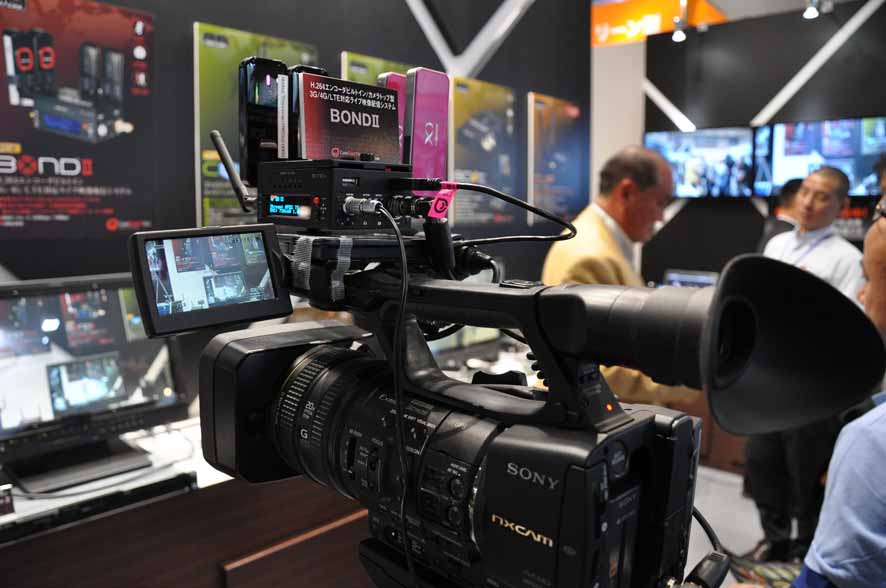 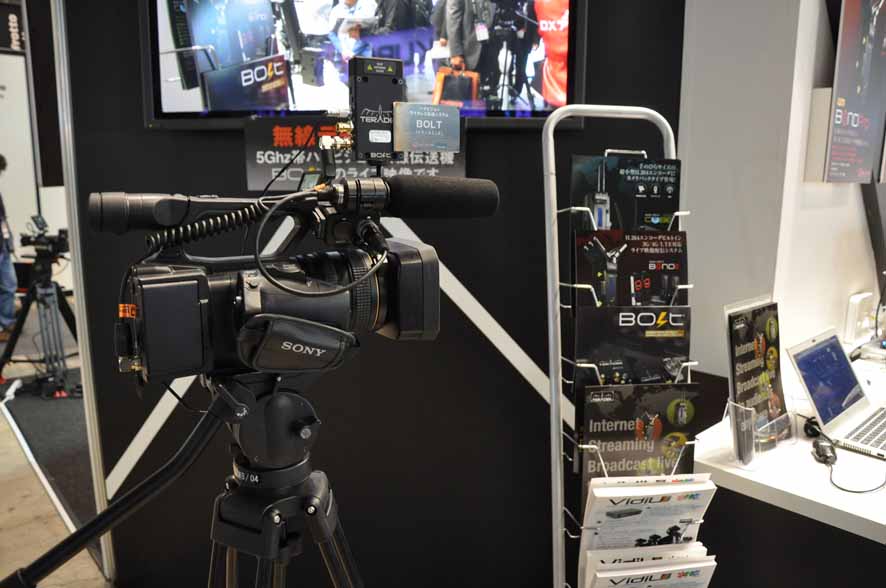 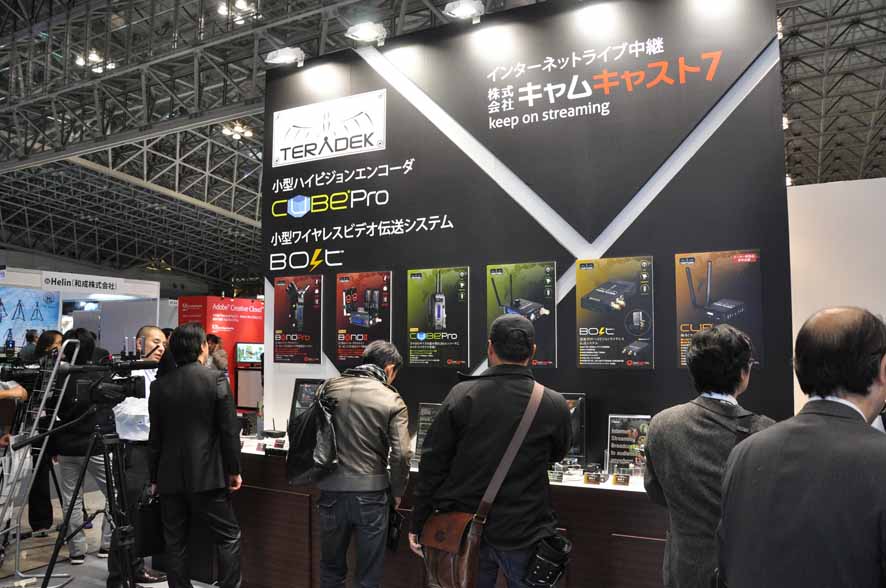 At Inter Bee (November 13th-15th at Makuhari Messe in Chiba), CamCast7 (Booth 8211) exhibited Teradek's new Bond II and Bond Pro 3G/4G/LTE-compatible live video broadcasting systems with hardware-based encoder (top picture) and the Bolt wireless HD transmission system with a range of up to 90 meters.
At the booth, they ran a demonstration of live video transmission, with the Bond II connected to a Sony NXCAM video camera.

■ Bond line of 3G/4G/LTE-compatible live broadcast modules with integrated H.264 encoder
The Bond line of 3G/4G/LTE-compatible live broadcast modules with built-in H.264 encoding was announced at this year's NAB Show and comes in two models, the SDI/HDMI-compatible camera-top Bond II, and SDI-compatible camera-back Bond Pro. It is possible to connect up to six USB modems (3G/4G/LTE) and broadcast full HD video. The original Bond, already on sale, required a Cube encoder, but Sales Manager Yusuke Tanaka explained, "the new model achieves a new level of convenience thanks to the integrated H.264 encoder, which allows you to reduce the number of cables, and the integrated lithium-ion battery." Moreover, with integrated 2.5GHz/5GHz WiFi, "it can also be used as an encoder for transmission to Niconico Video or Ustream," added Tanaka.
The price of the Bond Pro is 718,000 yen, while Bond II sells for 638,000 yen for the SDI version and 558,000 yen for the HDMI version.

■ Bolt wireless transmission system for uncompressed video also displayed
The Bolt, also produced by the American company Teradek, comes in SDI interface and HDMI interface models, each of which can be ordered as the multicast and unicast Bolt Pro model, or the unicast Bolt model.
The Bolt uses a 5GHz frequency to wirelessly transmit uncompressed 1080p60, 4:2:2 full HD video with less than 1 millisecond of latency at a range of up to 90 meters. The SDI model's transmission input I/F is SD/HD/3G-SDI, and video output I/F is Dual SD/HD/3G-SDI. When the Bolt is shipped the transmitter and receiver are paired, so it is necessary to specify a model at the time of purchase. The one-to-one Bolt Pro SDI model sells for 443,000 yen, while the HDMI model sells for 320,000 yen.