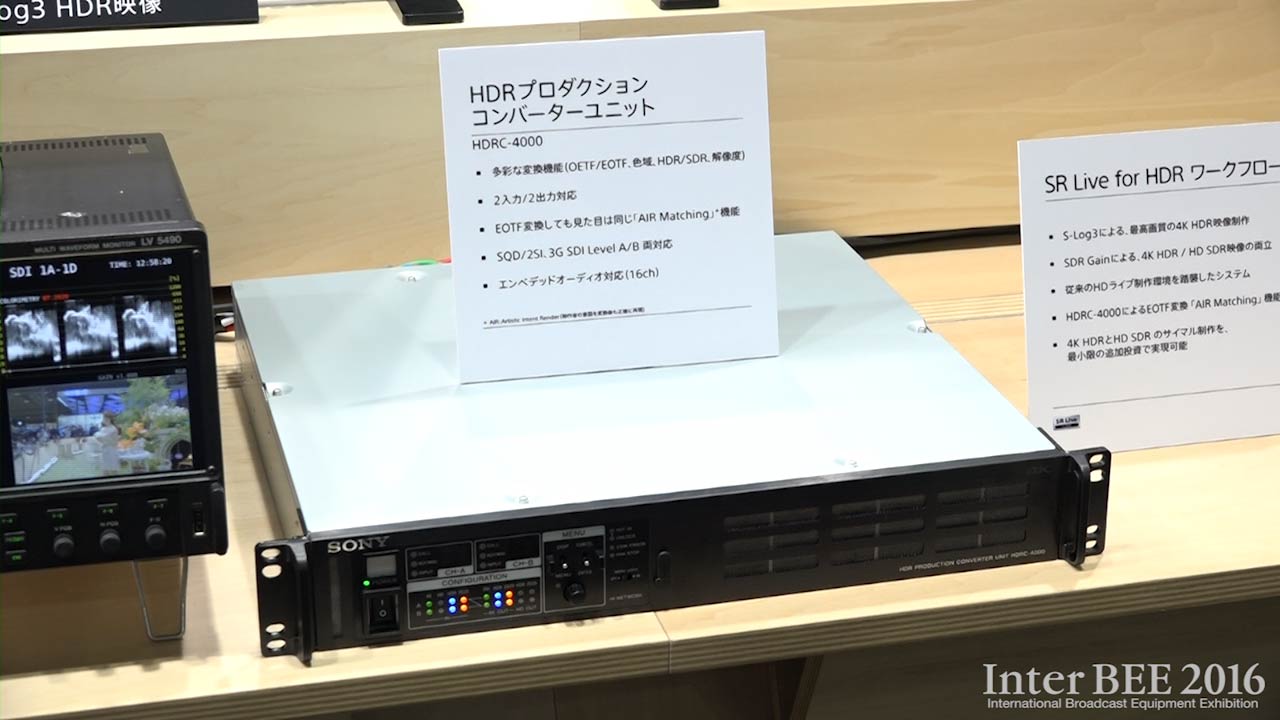 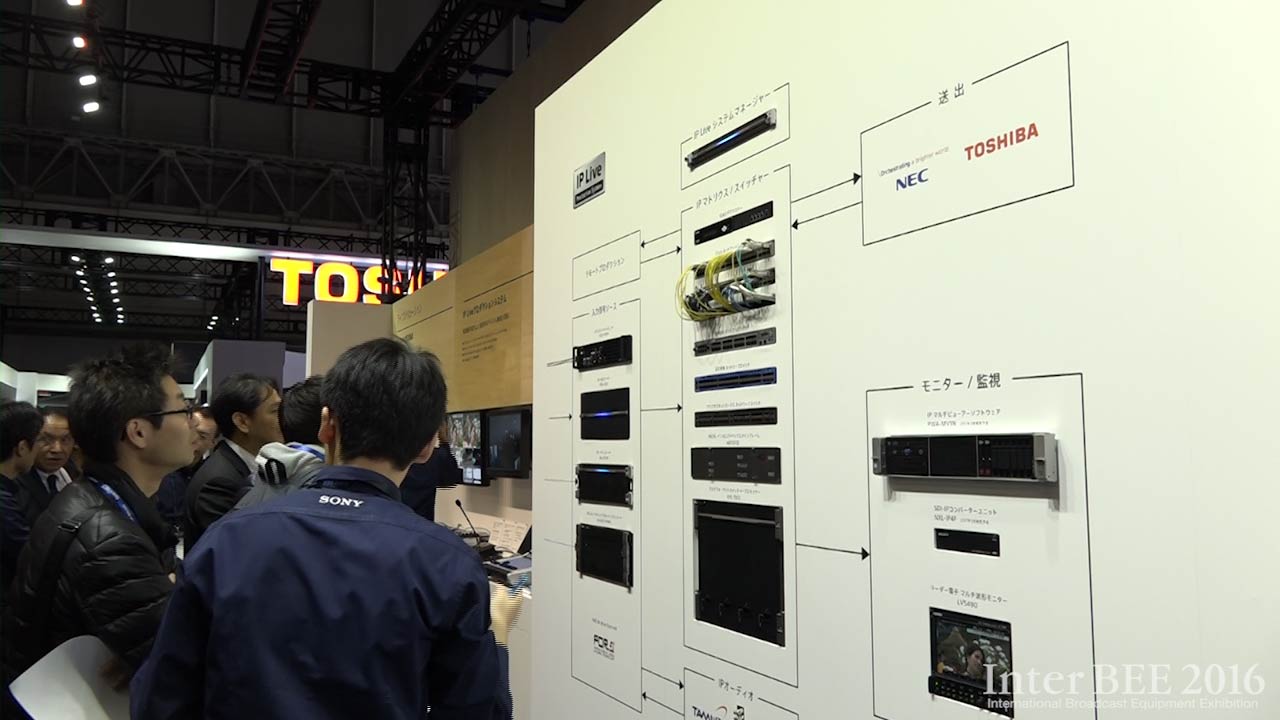 With the theme, "Together, we can go Beyond Definition", Sony Business Solutions pursues workflow and high-value video improvement.
The HDC-4800 is a 4K slow-motion camera system that can shoot slow, ultra-high definition images at 4K 8x and HD 16x speed. It is scheduled to be released in December.
Another high-value video theme is HDR. The HDRC-4000 is an HDR production converter unit, a conversion box required to produce HDR live. It has various conversion functions (OETF / EOTF, color gamut, HDR/SDR, resolution). It also has two inputs and two outputs. A system involving simultaneous production of 4K HDR video and conventional HD broadcasting can now be realized.
From the viewpoint of workflow, another "Beyond Definition" theme, comes the IP Live production system. At the venue, we have set up a demo system showing off audio IP Dante and IP Incom systems. They are IP live production systems using the Networked Media Interface as core technology. For this Inter BEE, we collaborated with other companies, such as NEC, Toshiba and Tomoe to demonstrate all IP studios.
Another important part of Inter BEE was the CLEDIS display. CLEDIS is a unique display technology that is an LED system that drives pixels using separate RGB surface-mounted LEDs.
It is possible to power any number of display units. The screen size and aspect ratio can be freely set using an expandable disperse controller.
Contrast ratio: 1,000,000:1; luminance: 1,000cd/m2; gradation: 10 bits. The demonstration unit at Inter BEE had a 4Kx2K size and 220 inch display.

■Major Exhibits
[4K/HD Live Production]
The HDC-4800 and BPU-4800, with slow server function supporting 4K 8x/HD 16x speed; the HDC-4300, equipped with a 2/3 inch 3-plate 4K image sensor compatible with HDR live; the HDC-P43, a miniaturized, multi-purpose camera; and the HDRC-4000, an HDR production converter unit that can convert from HDR/SDR video into a variety of formats in real time were all on display.

[IP Live Production]
We introduced cameras, switchers, servers, and other network media interface products. Correspondence between fellow alliance partners has also been increased, and a total system in cooperation with other booths was also on display.

[CLEDIS Display System]
We introduced a display system that utilizes independently-developed display technology with high-image quality using fine LEDs that can power an optimal size screen according to the application and installation location.