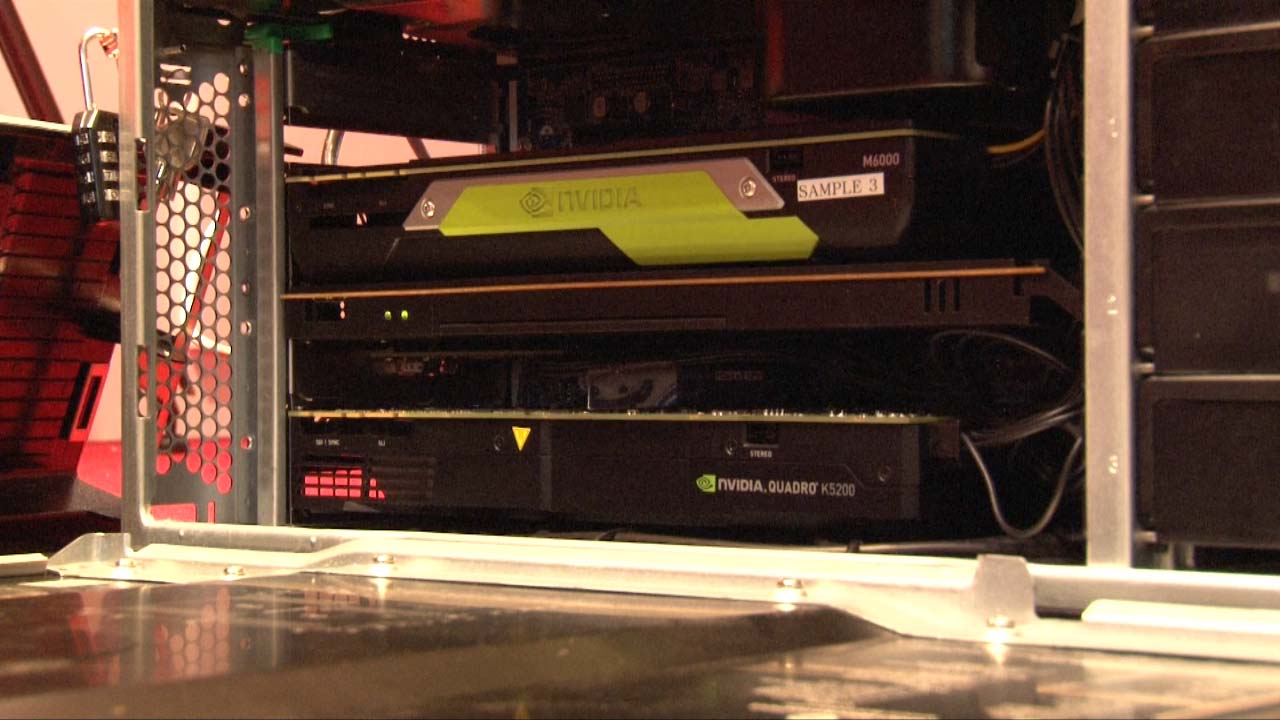 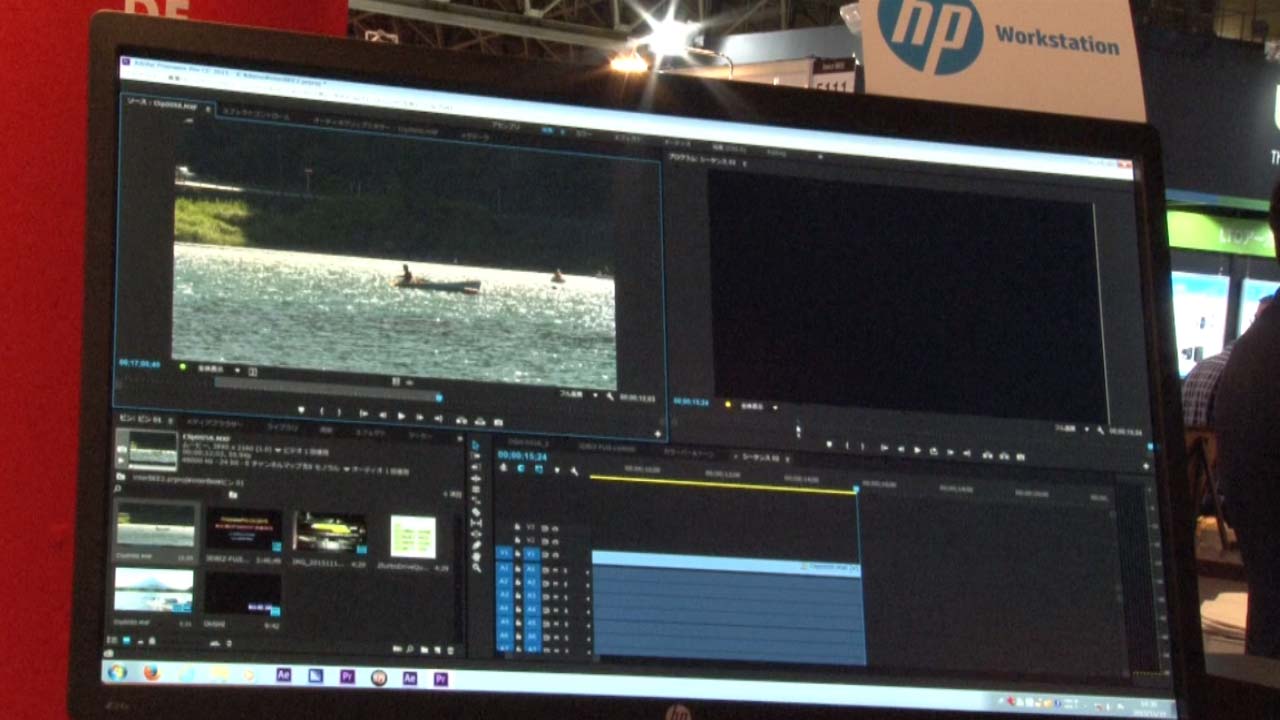 At the Too booth, a turnkey system for 4K60p editing using Adobe Premiere Pro on an hp workstation was demonstrated. You can work with 4K60p material in the same way as you work with HD material. With XAVC 4K60p, you can inspect source video smoothly. You can control in/out settings and sequence delivery and a series of editing work with a speed similar of that when using HD.

At the booth, as a reference exhibit, a system loaded with an SSD drive "Z Turbo Drive Quad Pro" was exhibited. A drive with 4 components each with a performance of 2000MB/s. Achieving a read speed of 8000MB/s, with this system continuous playback of uncompressed 4K60p video using "Premiere Pro" is becoming possible. It is planned to be released in the new year.