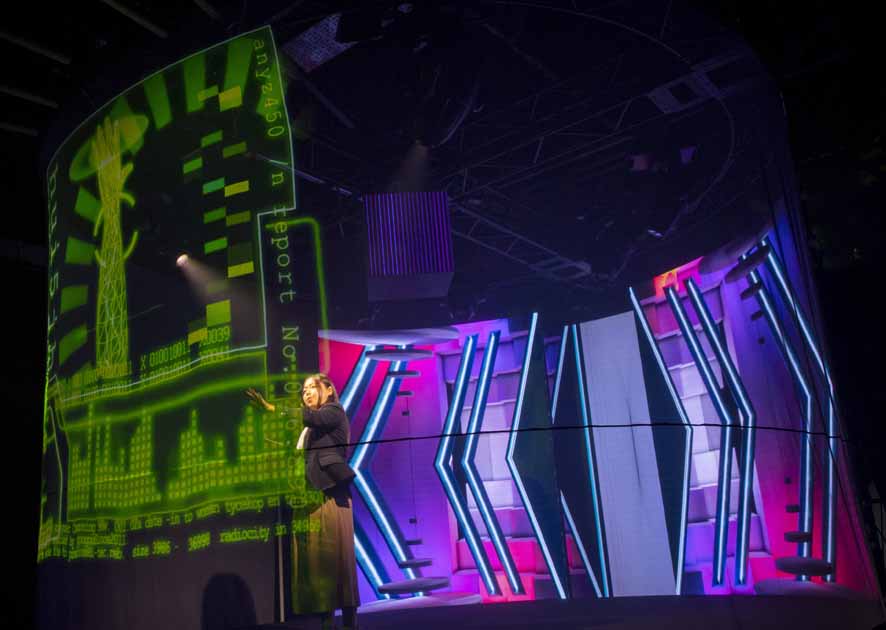 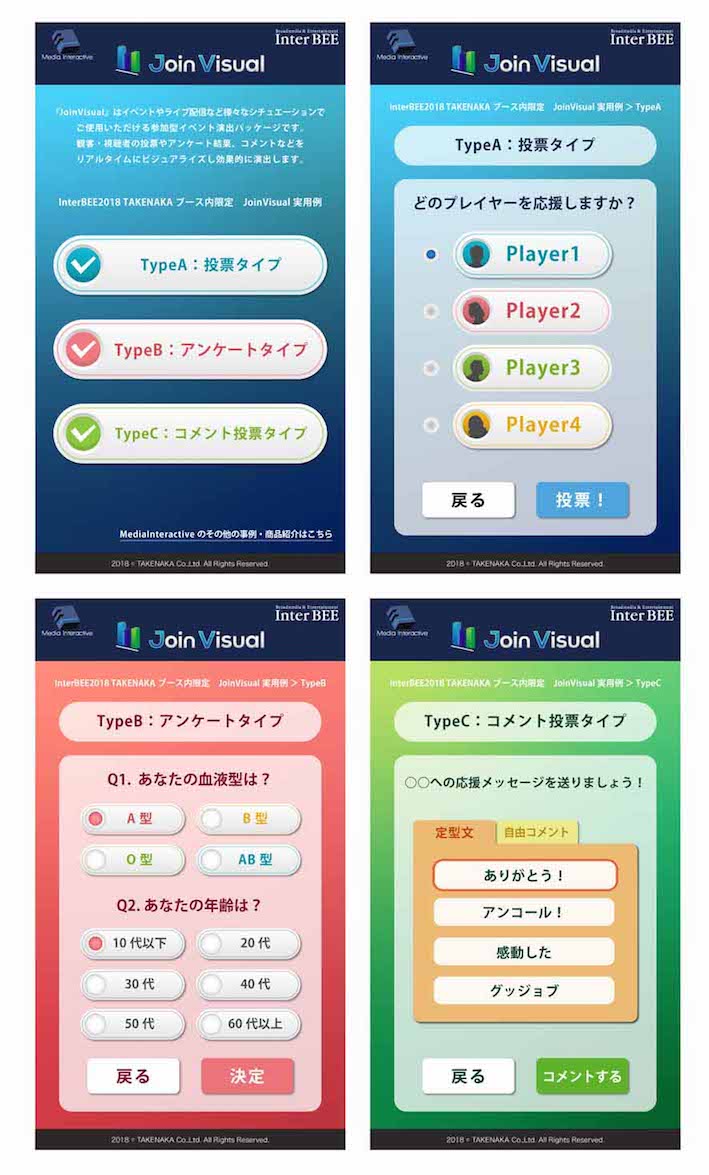 GUI page from "Join Visual" for voting and entering comments 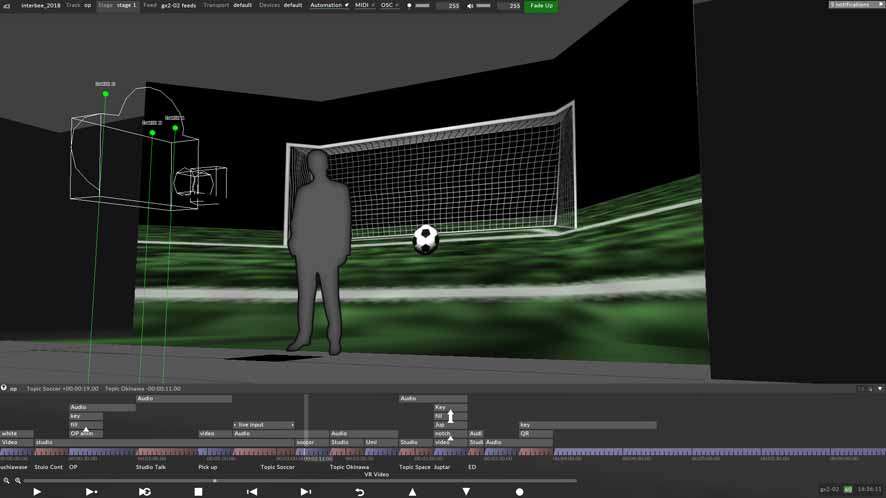 Takenaka Co., Ltd. will be exhibiting at Inter BEE 2018, held at Makuhari Messe, from November 14th (Wed) to 16th (Fri), showcasing two new systems based on a stage equipped with LED projectors. Both demonstrations will be alternated throughout the show, featuring the two new solutions being launched by Takenaka at Inter BEE 2018: "Join Visual," created by the Media Interactive Team; and "Smart Stage," developed by the Live Media Team.

"Join Visual" is a system that allows event participants to use their smartphones to vote or send comments, which are then displayed on the visual content in real time. This system can also be used for TV programs designed for audience participation. Compared to surveys linked with data broadcasts, anyone who has a smartphone and a network connection is able to cast votes and send comments. This system is primarily characterized by its simplicity and ease of use, as well as its ability to share information in real time. This technology can be used for a variety of events and live performances, and it can be expected to appeal to generations that are used to sharing information and communicating via social media and the like. (Top photo: Sample live stage using “Join Visual”)

"Smart Stage" uses primarily the following three systems:
(1) "Disguise," a media server that runs 3D simulation software that allows you to create live stage designs for events and live performances, and also provides visualization of visuals and lighting.
(2) "Notch," a tool designed to generate real-time visual effects in line with the movements of the presenter.
(3) "Blacktrax," a tracking system that obtains real-time 6D data from beacons, such as positioning and rotation information.
The three systems above are combined to provide audiences with a much more appealing and highly effective visual experience. At the venue, visual images of the stage are displayed on monitors, and the presenter provides explanations of the images as they appear in real life. This solution is aimed at the broadcasting industry, as a new technology that proposes considerable cost and time savings in the creation of TV sets.

■Two Types of Demonstrations Alternated on One Stage Every Hour
Takenaka's booth is in charge of overall production, under the management of its group company Sym-Direct Inc. It performs planning and management using technical solutions developed by Takenaka for visual production.

On the day of the exhibition, once every hour, there will be ten minutes allocated for the "Smart Stage" presentation, and the rest of the time the booth will be available for visitors to freely experience "Join Visual." Mr. Nao Masui—Assistant Producer in the Business Development Department at Sym-Direct—says, "In addition to offering products and technology, Takenaka proposes solutions for the production and direction of entire spaces. I hope visitors will come to our booth to experience Takenaka's technology as a complete solution for visual production."